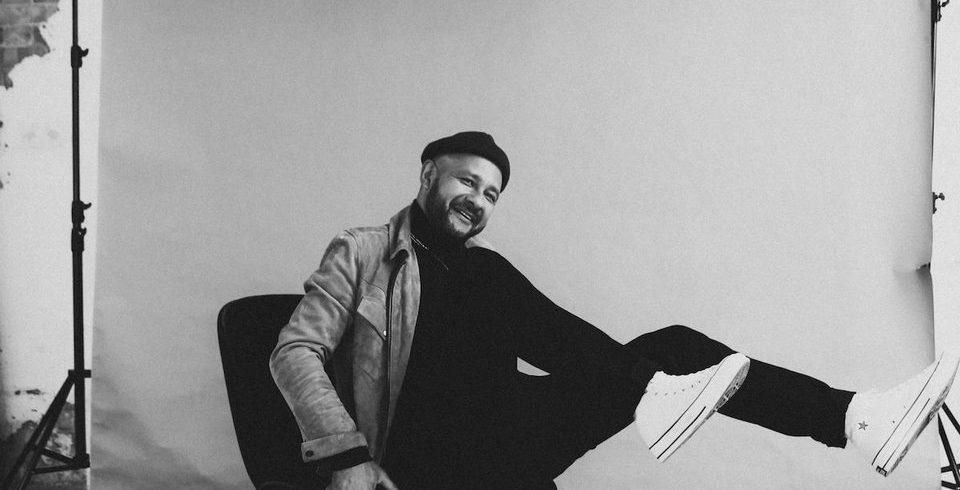 Nightmares on Wax discusses the intersection between spirituality, business & shaping the future 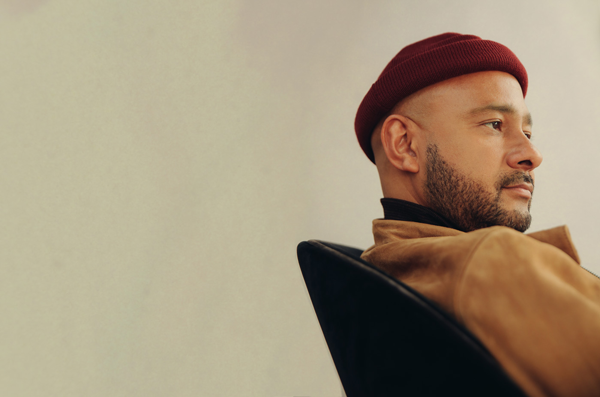 Wherever I go in the world, everyone wants the same thing.

If we were to take political and religious opinions out the way and we started to think about how we would like to see the world, what kind of place do you think somebody would come from? A place of optimism!

Nightmares on Wax (NoW) aka George Evelyn is one of the longest standing members of the Warp Records family. His spiritually aware approach to music steeps through, appealing to all ages, lifestyles and personality types. Hailing from Leeds but residing in Ibiza, his music seems to serve a dual purpose. Largely as a therapeutic remedy for himself and in doing so, his gift to the ever-changing world. Evelyn’s latest album, Shape The Future—without being intended to be overly political—is a strong message to the world we live in.

We were invited into Warp Records HQ to dive deeper into the NoW journey, and the intersection between spirituality and business.

Q) Can you tell us your story of Warp and its evolution?

Nightmares on Wax and Warp’s story and relationship is a bit of fairy tale. We were all just young kids, who were really into clubbing, grew up around a lot of Hip-Hop, DJ’s and battle DJ’s. Then the rave scene happened and we were part of the birth of the rave scene – we were releasing 12″ to represent our area.
We walked into a record store in Sheffield called FON Records and there was a guy named Steve Beckett who was thinking of setting up a record label, he had heard our tunes and we exchanged numbers.

Q) Did you ever think Warp and NoW would grow this much together?

When you’re a teenager you don’t think about the future, you have a sense of freedom and you’re adventuring, going out to clubs. You’re already experiencing all these new worlds so doing that and having your music playing in these clubs and DJ’ing as well – it was pure joy and excitement. So it wasn’t it a career move – it was a love and passion move. Warp evolved into something where it wanted to deliver electronic music intelligently and be cutting edge.

Q) What was it like when Aphex came to the label?

It was an expansion of what was happening. We went through a house stage to a tech stage, house to tech, then ambient to experimental, everything was brand new! It just kept evolving, extending its breadth to all these different realms. It was interesting.

At first I wasn’t too sure if I was a fan, I’m from the club, we can’t play this on the dance floor! I like some of the chilled ambient stuff, it was nice but I wasn’t massively into it and then that did evolve into something really great. What I could see what was happening were all of these other pockets opening up. We use the term electronic music so simply these days.

Q) Congrats on the new album, Shape the Future can you tell us the aesthetic or ideology behind it?
I’m always making music; then I’m not, then I am. I’m always making tracks. I never know if it is part of an album or not. Then over a period of time, this collection of music starts to evolve. I like to use the analogy of a jigsaw puzzle – having all the pieces that you then start to put together and then this picture starts to appear. That’s how I like to make an album; there is a lot of freedom. It can be authentic and it can also be super focused and you can say “I am going to make an album like this.” This is what I did with smokers delights, which was a concept album.

I was being influenced by all different places, not necessarily just from music but by society and environments too. When I started to write some of the songs like, Tell My Vision, for example, I wrote that song about things I was into, the things I was coming across; theories, science, conspiracy theories or political issues. I thought I want to write about all these things because all these things are in my vision, in my world.

Through that, I started to think. Wherever I go in the world, everyone wants the same thing.

If we were to take political and religious opinions out the way and we started to think about how we would like to see the world. What kind of place do you think somebody would come from? A place of optimism! Then that leads me to think who owns your imagination? Do you own it or is it owned by someone else? That’s why I see an opportunity to shape our future. I think the system is broken. We don’t need a leader. [I believe] nobody is going to come and save us. All of this paradigm stuff needs to go.

Q) What are you proposing?

I’m proposing that we have a conversation! About how we would like to see the world because by having the conversation we create a shift in consciousness. I was one of those people that would sit down and complain about the government and politics but I’m not helping – I’m just adding to the problem. Through my music, I’m saying there is an opportunity, one of the best opportunities we’ve ever had. Some people might say you’re talking like a revolutionary; I am talking like a revolutionary! The revolution I’m talking about is the revolution of consciousness. It’s an opportunity to see the world, not how it is, not what we’re scared of, because that is the narrative that is being fed and that is why I have used the title, Shape The Future.

I’ve gone from the space of trying to study and work out what I’m doing, to now just trusting. I’d say it’s really important to anyone making music – trust your feelings, your feelings don’t lie. Your head will trick you; your head might say where does that fit in? All of those things are illusions; the truth is in your heart. If you are making a piece of music and you really like it, that’s what people are going to be attracted to. You don’t have to be a connoisseur to be authentic. In the creative process, for your music to be authentic, it needs to come from your heart or you need to feel what you’re doing. It’s nothing to do with scenes, fashion or trends.

Q) You’ve collaborated with Jordan Reiki on your latest album, can you talk us through those experiences, how they came about and what the chemistry was like?

Jordan was invited to play at my event in Ibiza in September 2017. Then the next day I was having a BBQ at my house and invited him and his band down. I have a studio at my house so I played him a few beats and he picked this track out and I had actually had this track for a while and Jordan brought the lyrics to it. So it was all literally made and recorded during the BBQ!

From a music point of view, Quincy Jones is a big inspiration and mentor. Just as a producer and the path that his life has taken, from all different genres of music that evolved through his career and obviously his productions.

Q) How have you had to juggle being on the business side and artistry of the music industry?

Q)Are you focused on the wider role that music plays in wellbeing?

Totally, a few years ago I realised I had a responsibility. You can make music and it goes out into the world and that song is a spirit in itself. People come back to me and say that song means this to me, that to me, that song got me through this. When you travel around the world and you get that kind of testimony it wakes you up a bit. I have this magical tool here which is music; therefore it is sacred and special. I feel responsible for the energy I put out there.

Q) Is making music therapeutic for you? Do you find the process good for you mental wellbeing?

I felt there has always been a burning desire within me to do something. I didn’t know it at the time and I still don’t know it now but I have reflected. I’ve gone back to where I’m from, looked back at my journey or been in ridiculous situations and thought what am I doing here? It’s music! Music brought me here. So long as you find your passion and you follow that and you’re not in it for short term you’re in it because you love it – it will come good.

Q) And finally, how would you like your legacy to be remembered?

The first thing that comes to my mind is to make people happy. If my music can do one thing that would be: no matter what you’re going through when you’re listening to my music it leads back to you. That’s the one thing that matters to me.

Shape The Future is out now on Warp Records

A special thanks to Leila Reid for the edits