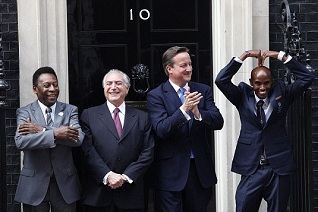 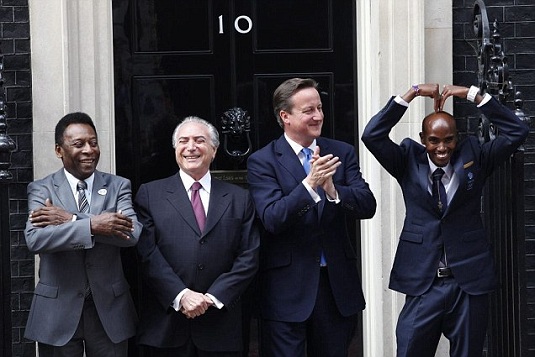 Admit it. The cries of “Yes Jess!”, the shouts of “Go Mo” and the summer anthem ‘Gold on the Ceiling’ left you wanting more. I spent Super Saturday watching the big screen in Haggerston Park and I was carried away. We started talking about us as ‘we’, despite some of our deepest troubles being laid bare here just a year ago.

For an event that could have spiralled into the LOL-ympics, London 2012 has left an Olympic-shaped hole in the Universe. It took me some time to appreciate that this was not an event about fizzy drinks and fast food, weary with all of the pre-event advertising.

So this was actually about sport – about dedication and commitment – a call to arms. After ‘My Generation’ by The Who closed the celebration, Jaque Roggue, Head of the IOC said: “I call on the youth of the world to gather in Rio in four years’ time from now and celebrate the 31st Olympiad.”

Participation in sport among 16-24-year-olds in the UK is low and falling. It appears that in the upheaval between full-time study, job hunting and work, we stop taking part. For all our preoccupations with looking good, we abdicate the one activity that will help us stay trim and impress potential mates. The charity softball league I play for has produced six marriages.

But it was our Conservative government, who mock the alleged ‘prizes for all’ ethos of state schools and expanding waistlines, which scrapped our measly two hours of compulsory sport. Poet Laureate, Carol Ann Duffy, wrote an Olympic verse asking for school playing fields back, sold off to property developers, for every medal won. All of this government policy means that 60% of school children no longer play any competitive sport.

It was actually a hurdler that went to Eton who nearly didn’t make it to London 2012 because he was pushed towards academia as he was leaping over desks. Perhaps there is a leotarded gymnast in George Osbourne? And it was Yorkshire, in the relatively deprived northeast, which added 12 medals, proving that sport changes the lives of ordinary people. However, a third of the medallists went to private school, despite making up just 7% of the population.

A Guardian/ICM poll has found that support for the Olympic legacy is strongest amongst under 35s, who see hope for the future and the chance of a better world. Though the BBC declared Usain Bolt’s potential retirement as the ‘end of athletics’, this is the beginning for a generation inspired by the achievements of those 17 days.

There are 1400 days to Rio, and many winners in 2012 who ‘just picked up’ a sport. Samantha Murray, winner of the modern Pentathalon, said: “I’m just a normal girl”. The money that camera-friendly Olympians make from advertising cosmetics, fashion and cereals is an uncomfortable reality; or another perk of the job?

David Cameron was on the BBC sofa on Sunday pledging the same support for elite athletes going to Rio 2016 as there was for London. But how do you get up to that level in the first place? And what happens after that?

Jade Jones, gold medallist in Taekwondo, thanked her family and friends who fundraised so she could compete, which could become the norm as government money is shared thinly around.

It might be this investment by communities that boosts us to further success, or perhaps Team GB volunteers will lead us into a community renaissance? Should schools coordinate this effort, if so, how do we get children, teachers, parents, politicians and sports enthusiasts involved? We should take the idea of the Big Society and stick it to them. Why do we let the rich be in charge – they are already powerful – how can they be expected to really have our interests at heart?

This is a 20-year job. And that means a little investment from you, us. You might not be the next Mo Farrah, but you might be the person who inspires the person who is. The reality of the volunteering effort is that more than 1 million young people still need jobs. We can’t be expected to endlessly work unpaid.

There were more cringe-worthy moments of course (George Michael in the closing ceremony), questionable commentary (“So how do you feel [about letting us down by not winning gold]?” said to sweaty and elated participants) and the heavy back patting at crisis well-averted. Bolt promised he would be back in the UK ‘when the tax laws change’, a powerful kick in the face for us, whose taxes made a huge contribution to the Games.

A charity has been set-up ‘Join in Sport UK’ with events starting this weekend. Sport is fun, try your best. Time will tell whether success was borne from a cynical need to look good, the Labour project that the Conservatives could have done without, and not a long-term commitment.

That’s all from me on this. Don’t forget we have the Paralympics still to come.

As Lord Coe said in his final speech to the crowd: “When the time came, Britain, we did it right.”