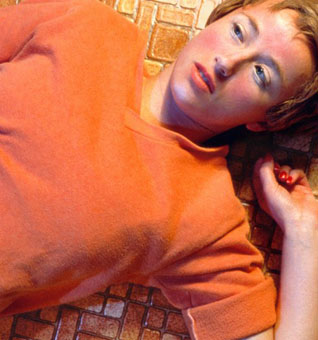 Last year saw of lot of blurring of the lines in feminist pop culture. Is it rape? Is she a feminist? Is it equality? Is it too much?

This is what happened:

Robin Thicke came out with the sort of song that advocates to teenage boys to really think that no means yes. The music video, in particular, brought about a hefty back-lash. Despite it being directed by a woman, Diane Martel, it still managed to convey misogyny and female objectification. Though the artist/director’s confused intentions didn’t help to defuse the conflict. Thicke came out in saying it was ironic and purposely demeaning, while Martel said she aimed to empower the women in the video. Various spoofs sprawled all over the internet may have done a better job at clearing up these blurred lines (how it looked anyway) and expressing the audience frustration.

Pussy Riot, after vast international support, were eventually released. Malala Yousafzai lived to tell us: “We cannot all succeed when half of us are held back.” Jane Austen (and Caroline Criado-Perez) won the fight to be put on the £10 note.

When Texas started clamping down on female rights in the case of strict anti-abortion laws, head strong and powerful role models emerged to obstruct this fight. In a country that isn’t exactly very progressive towards feminism, it’s amazing that these women maintain their inspirational strength and stamina when fighting against the current. Sarah Slamen  gave an extraordinary testimony against Texas senate’s Health and Human Services Committee.

And, most importantly, the community engaged – there was an immense positive backlash; people were discussing issues and getting emotional.

There was talk of getting a revamp which split a lot of people. Elle and 3 ad agencies came together to work on concept to modernise feminism. The end product released in August looked a lil’ something like this.

In fairness, for the revamp, the word is loaded with many negative connotations: women superiority, men-hating angry lesbians, femi-nazis, woman who want an excuse not to shave their armpits and the “promiscuous…”

These negative connotations, I think, are partly why we live in the kind of society where people can feel comfortable saying ‘no, I’m not a feminist,’ without considering any potential implications.

And it is strange that there is a word. A word that articulates you want equality as if it isn’t naturally implied. The question ‘are you a feminist?’ is casually thrown around, when you’ll rarely ever hear (I hope) people ask in the same casual manner ‘you’re alright with black people, right?’ Though it isn’t exactly the same, it still denotes, by asking the question, some sort of discrimination is still socially acceptable, when we should be moving towards a point where equality is generally the norm.

But the word is there for a reason: we cannot ignore years and years of struggle and history that women (and men) fought and died for. And we cannot try to make feminism more fluffy and pink. The word also entails the understanding that feminism is there for a reason and female oppression IS  happening – ongoing, all around us.

We still live in patriarchal society. Men still hold higher positions and are likely to get higher pay. The media still undermines and demeans women everywhere. Magazines are still explicitly objectifying women and leaching on the misery and failure of celebrities for a good story.

The reason that we still have feminism is so we can move towards a more egalitarian society. People who aren’t aware that feminism still needs to exist are similar to those against positive discrimination. When we’re still so far behind, it’s not enough to just identify a problem, action has to be taken to make a change. We’re at minus one hundred points on the number line of equality. We’ve recognised the issue and are making the decision not to go any further back. But we’re still at minus one hundred. Saying a problem isn’t there does not make it disappear. It’s why we still have barriers, mass underrepresentation, and low chances of freedom and progress.

But there is also a potential problem that too much significance is being placed on the word.  Which, after all, is only a social construct if you get to the very foundations of it.  People apparently need to identify as a ‘feminist,’ despite what they’re actually doing for the feminist movement now. This becomes much more important because then the media can fill cover space with irrelevant things like Katy Perry saying she’s not a feminist (gasp!) and John Legend saying he is one. Where have the issues gone?

So, to define these blurred lines in questions

In 2013 the public and the  media really engaged in feminist debate. Hopefully 2014 will be the year where we address some of these issues and discuss the applications and alternatives that move us towards progress.