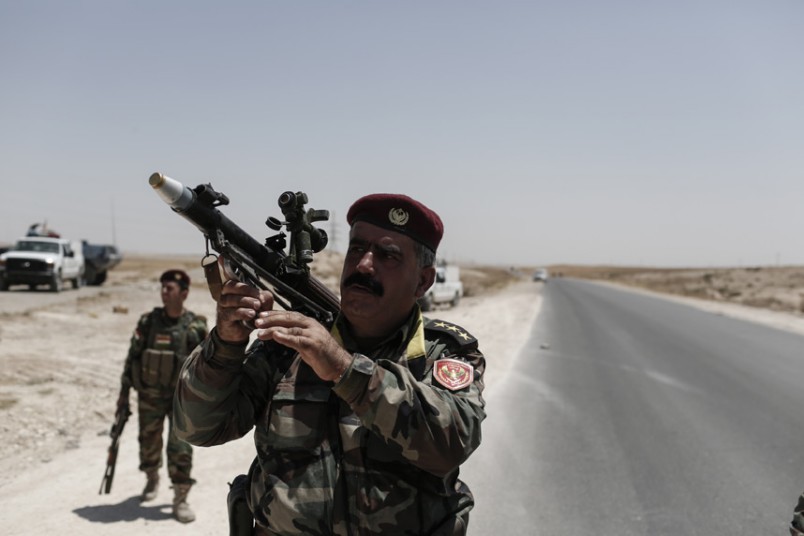 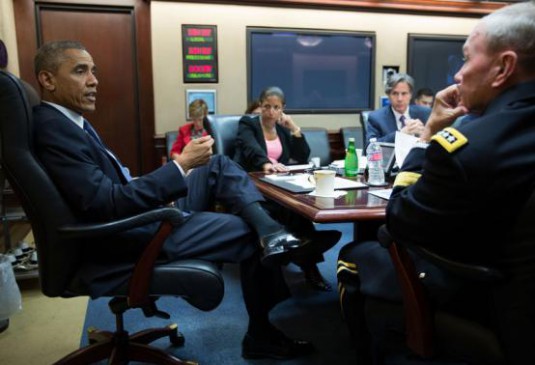 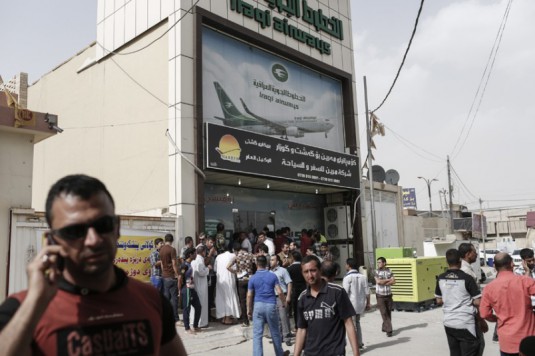 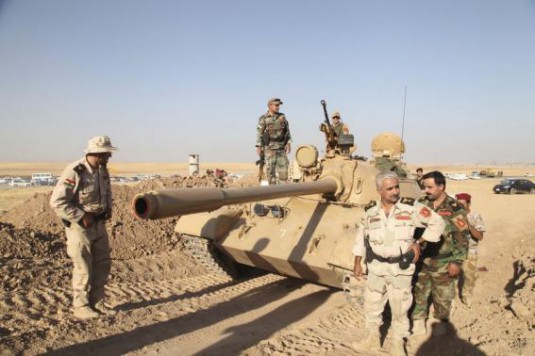 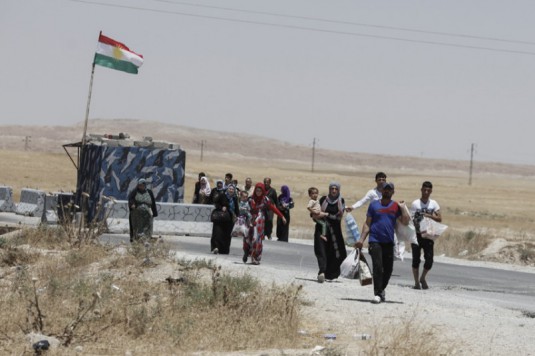 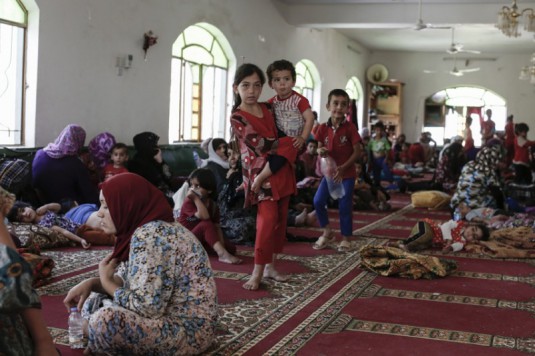 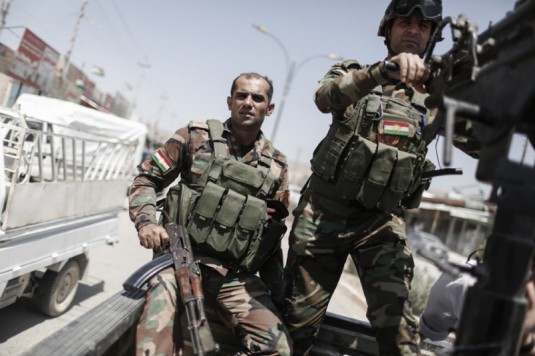 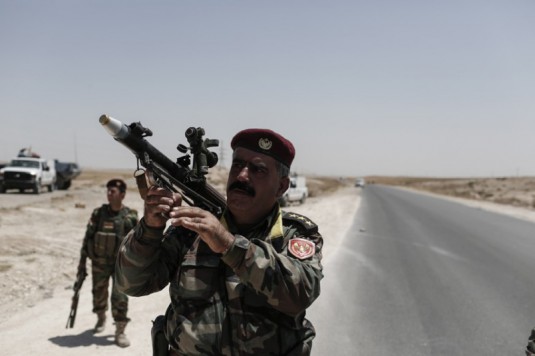 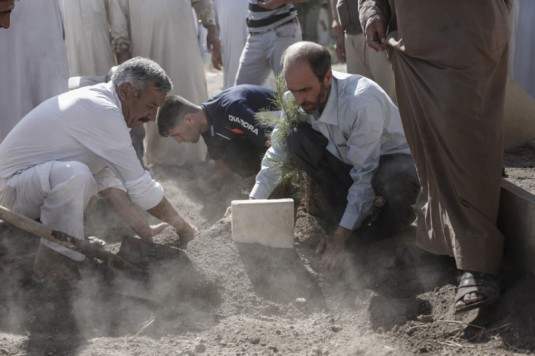 Many people will see the belated US intervention in Iraq as a failure of US international politics and use it to blame president Barack Obama. They are wrong. The problem in Iraq has never primarily been the ‘Daaash’ (as ISIS or the Self proclaimed Islamic State are known locally), but rather the feeling of disenfranchisement from one or other of the main religious communities (Sunni or Shia) and this itself goes back far beyond the US led invasion of Iraq, or even the 1st Gulf war in 1991.

It goes back, in its current form to the partition of the Ottoman empire, who themselves were in violent competition with the Shia (Safavid empire, based in Persia as Iran was known at the time), which made central control over the land area occupied by Iraq impossible for much of the last few centuries. The history and relative impacts of all of these periods (not least the post-Ottoman mandate or colonial period) can be argued at great lengths when it comes to modern day political competition and relations to the outside world in Iraqi / Arabian / Mesopotamian politics. Read World War I and the British Mandate and The Ottoman Period, 1534-1918 for an interesting look at the complexities of the last few hundred years of Iraqi history.

Because of this history and demographics (ethnic, sectarian and religious), the modern-day state of Iraq that allowed only fragile roots for a pluralistic or democratic political culture to develop, would always require a skilled and charismatic leader at the helm — able to elicit respect from all major groups and to allocate a balance of power. Such a leader would, in theory, be able to maintain a peaceful and stable political life dissuading the main groups from pursuing their own sectarian interests and reconciling the party-based government of the nation-state with the parallel traditional tribal and religious authorities. In practice, this has often been achieved by political arrangements with contested legitimacy (both from external and internal actors) and by force.

In the absence of such a benign figurehead, Iraq has wobbled between the tyranny of the minority groups (cloaked in the garb of pan-arabism) and the tyranny of the majority, or more accurately, the tyranny of a small clique around a similarly authoritarian leader, elected largely because of fears of minority group militancy. Nouri al-Malaki has been the prime minister for the past 8 years and in that time, not only has he proven someone unable to reassure minority groups, but he has seen to be one who actively concentrated power in his hands taking over as minister of defence, and minister of the interior, so in effect he is the prime minister, minister for internal security and minister in control of the armed forces. Typically these are the positions that coups are launched from, because of the access to security information and close working relationships with the heads o the army and police force.

The fact is that al-Malaki could not trust these positions, has a very autocratic uncompromising style and has alienated both the Kurds and Sunni populations. The appointment of a General – accused of serious sectarian human rights abuses against members of the Sunni community – to command the second city of Mosul, seemed to be a statement about the value of personal loyalty as well as an indication attitudes within the Iraqi National Army (INA) towards the Sunni minority. The armed forces were in large part considered brittle, corrupt and an occupation army in the Sunni heartlands, hence the campaign of bombings and sniping that preceded the ISIS advance on Mosul. It has been debated as to whether chaotic retreat of the INA in the face of the initially lightly armed (by professional military standards) ISIS advance of Mosul and the widespread loss of their American provided equipment, was down to incompetence or corruption at the very top.

Al-Malaki had rebuffed all American attempts to retain a degree of influence in the country after their withdrawal, refusing a deal to keep American troops and bases in the country and ignoring American entreaties for him to form a political block inclusive of all of Iraq’a major communities and for compromise in the relationship with the KRG.

It can only be said that the relationship between Al-Malaki and the Americans has been prickly at best, which he played to in order to cultivate an image of a Nationalist strongly in favour of Iraqi interests. The relationship between al-Malaki and Iran however has been somewhat less adversarial, sharing as they do the same Shia political constituency and being allied against the extreme fundamentalist ‘Wahabi’ inspired insurgents of Al-Qaeda – and more recently ISIS – the Iranians have been less critical of Al-Malaki’s leadership style and seeming sectarian biases. Once the ISIS forces seized a large portion of Iraq’s West and North-West, al-Malaki was quickly faced by a chorus of internal voices calling for his resignation and for someone to succeed him and he initially turned back to the US to provide air support for his forces. This area of defence has been neglected with Iraq, possessing no fixed-wing attack aircraft.

Over the years, Washington has held back Iraqi orders for F16s, some would speculate, as a political tactic to try to leverage the al-Malaki government into becoming a less authoritarian and more nationally representative entity (not to mention to secure valuable defence contracts for US companies), but one which failed to force any major concessions on his part and left the Iraqi forces without a valuable strategic asset. Reasons why al-Malaki continued to pursue the order of F16s, despite the fact that the ground-attack / troop support role could have been equally achieved with cheaper aircraft ‘off the shelf’ from a variety of countries have been asked by some commentators.

The current American leadership, seemingly with a better grasp of Iraqi and Middle Eastern affairs than that of the previous administration, has held back from offering air support, offering the explanation that ISIS is a symptom of the wider problem: a feeling of lack of political representation and anger towards unaccountability in the central government, rather than the problem itself. Support for the al-Malaki government would likely be perceived as air support for another army of occupation. Any sustainable solution situation has to be underpinned by a political arrangement that isolates the extremists and brings the former warring parties that can be reconciled, under the umbrella of an inclusive political process.

Strengthened as he has been by his recent victory in the national election, has (at least publicly) steadfastly refused to budge from any of his stated positions and has instead turned more heavily towards Iranian provision of close air support and Russian munitions. However, having seen at close hand how the American’s were drained by the occupation, it seems likely that even if the Iraqi government is able to restore central government control over those areas currently held by ISIS, the Iranian government will find their intervention in Iraq will come at an increasingly painful cost of soldiers, money and prestige.

Similarly, those political commentators calling for reconciliation between the Kurdish Regional Government (KRG) and the Iraqi Central Government (ICG), appear to be completely unaware of the depths of the political chasm between the leadership of the KRG and the ICG led by Nouri Al-Malaki. These disputed issues, include disputed land (traditionally Kurdish, but settle with Arabs during the time of Saddam), the regional human geography, which was drawn with many traditionally Kurdish populated areas outside of the official KRG boundaries, the control of oilfields in these disputed areas, the details of the Iraqi constitution over the method of collection and distribution of oil export revenues and the (figures used for) allocation of the central government budget. Any assistance from the central government towards the Kurds would likely come with strings attached that the Kurds would be unwilling to agree. The leader of the KRG (Massoud Barzahni) has already called for the administration of a referendum on secession of the KRG from Iraq. The Kurdish Peshmerga (Kurdish army), who have been in the front-lines against ISIS since their takeover of Mosul in early June, have recently had to abandon several towns and strategic areas, in the face of a strong ISIS offensive.

The distance between the KRG and the ICG has grown, since the end of last year, when the KRG received a severely reduced share of the national income and began large-scale sales of oil independent of the ICG. The KRG have been appealing to Washington to provide them with advanced weaponry, but will most have also been desperately trying to source them from anywhere they can get them. Failure to procure such arms would likely result in a bloody retreat, unprecedented new displacement of civilians and a likely establishment of guerrilla warfare all across the mountainous Kurdish region of Iraq. All Kurdish fighters, from Turkey, Syria and Iraq will likely be working together to try to push back ISIS on all fronts.

Beyond this current existential crisis for the KRG, it would seem extremely unlikely that the Kurds would ever vote against secession from Iraq, an association with which is largely seen (rightly or wrongly) as an abusive and dangerous relationship with an unstable neighbour.

As dangerous as the (so-called) Islamic state is to weakened (or some might argue ‘failed’) states, with sectarian religious divisions, and severe political fractures such as Iraq and Syria (to which no-doubt some would add Lebanon), no state with a self interest would allow them to build their power as they openly threaten all of their neighbours. The disarming of the self-titled Islamic State (organisation), as a standing army and force capable of holding territory is a major point of principle for each state in the international system – not least of all the most powerful – but what has allowed them to grow this far and what few have talked about is what would happen if they were defeated and the victorious Baghdad army (and newly empowered militias) were able to take back their territory.

What form of compromise would ensure a peace with the Sunni tribes and disparate factions that have thrown their lot in with them? What happens when the Iraqi National Army faces off with the Kurds, either over the disputed territory or a Kurdish referendum for succession? Turkey, who has faced their own calls for Kurdish succession, would likely be supportive of the Kurds due to their recent close relationship with the KRG in Iraq and strained ties to the Central government, while Iran the opposite, but no-one knows for sure what positions the governments would take.

Led by the US, the international community has found itself – by way of the principle of ‘national sovereignty’ – support for the territorial integrity of nation-states and their constituted government, with a few exceptions. In the difficult position of supporting the ICG (seen by many as failing in its task of governance), against the KRG, this international community has by many accounts been able to ensure stability and has been seen as the best-governed part of the country.

I would suggest that this is one of the defining issues coming from the current Iraq crisis and one that will confront the international community in the coming years. How practical is it for the international community to go on supporting inviolacy of the nation-state regardless of the fragility or arbitrary nature – whether demographic, or geographic – of the nation-state’s construction, over those entities which are able to demonstrate inclusive governance, without coercion and in respect of the full range of human rights? In this case it would seem that the principle of national sovereignty, has trumped that of good-governance. But as the range of organisations dedicated to human-rights based governance, and the internationally accepted conditions of conduct for states shifts against the use of hard-military power, it is likely that some formulation of a ranking of merit, based on effective governance of an area and population, rises higher in the equation of international relations.