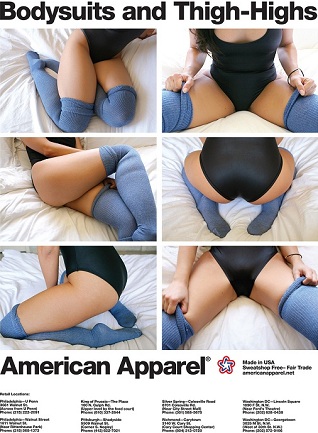 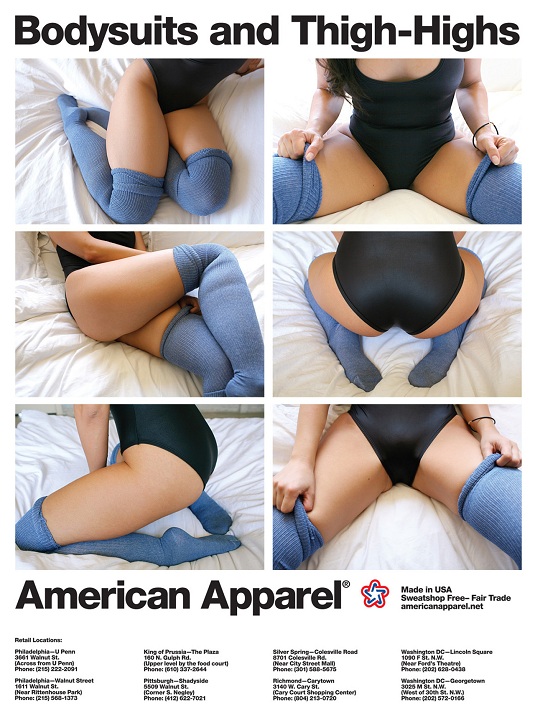 The Advertising Standards Authority has warned American Apparel, again, after their new “overtly sexual” ads received complaints. The ads in question feature voyeuristic photographs (shockingly similar to a drunk snap chat I sent last weekend) of a faceless woman in thigh high socks and a body suit posing on a bed.

Now, as both an advertising student and as a woman, I think these ads are offensive. Not only has American Apparel relinquished all ethical responsibility, they have hidden behind the oldest adage in the book, sex sells. Personally, I’m over it. Not because it’s unethical (even though it probably is) or because it is edgy (even though it’s really not), I’m over it because it’s boring.

I’m over seeing faceless naked women in advertisements being sold as sexy. Guess what guys, it’s not sexy; it’s lazy. Sexy is confidence. Sexy is eye contact. Sexy is unnerving and warm and raw and complex. Sexy isn’t a half naked, faceless woman shot from a camera phone angle. No, that’s just desperate for attention.

In the future, I’d like to see American Apparel’s clothing do what clothing is supposed to do. That is, empower the people who wear them. At the very least American Apparel could start selling clothing to women by actually marketing to women? I’m thinking headless men in speedos and spandex. Revolutionary, I know.