Anybody’s movement: the dance and body politics of Kopano Maroga 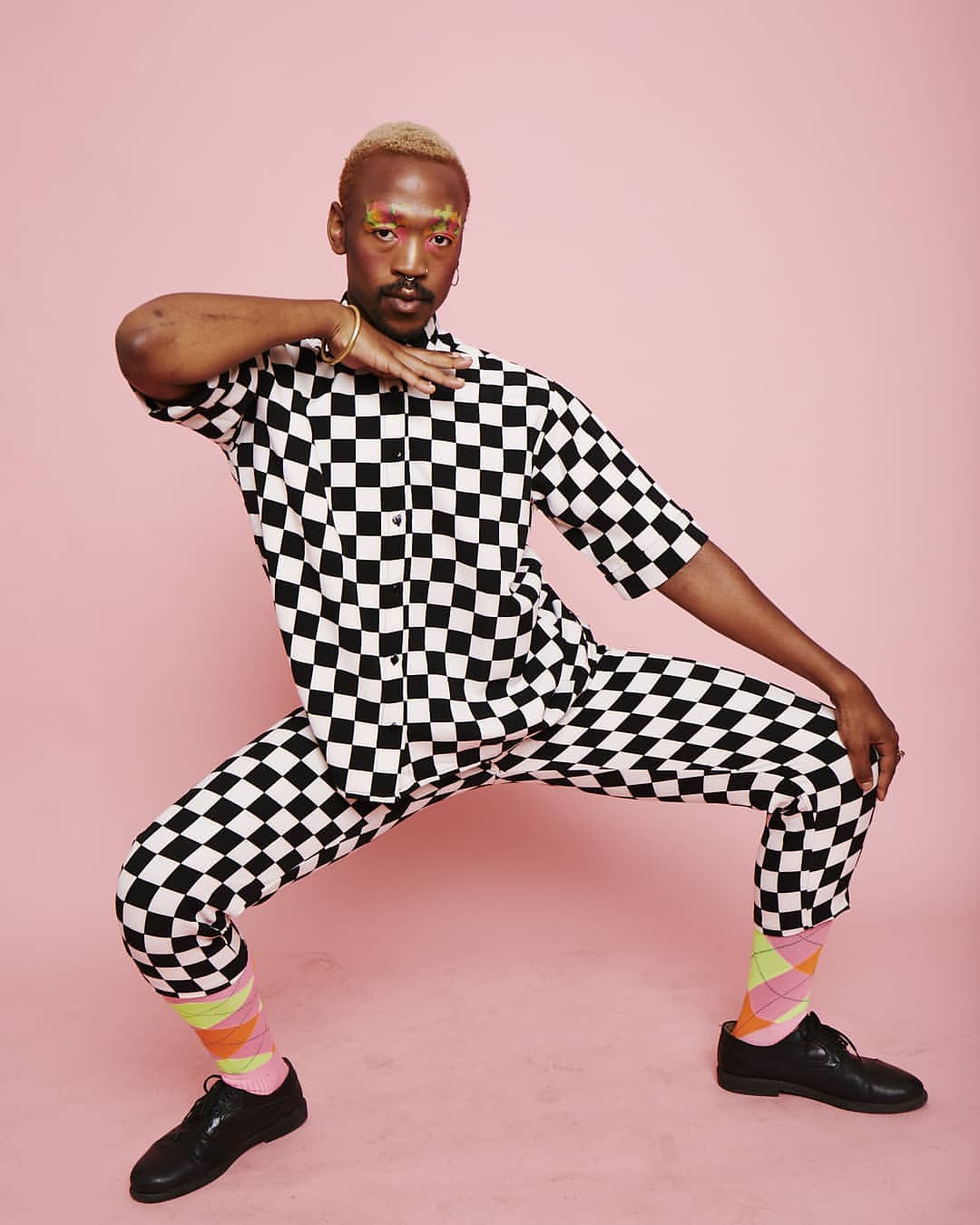 Prior to the existence of Any Body [Zine], South Africa had no publication dedicated to dance, outside of some academic journals

This piece is based on ongoing conversations and chats, between Kopano Maroga – a Cape Town-based performance artist-activist-scholar – and myself, Asher Gamedze. The chats take us, via the body, through some of Kopano’s work in independent publication and education workshops with ANY BODY ZINE, to thinking about embodied politics, the body in/as research, the radical importance of moving bodies, and the taste of sushi.

“You can’t astro plane with the body… it is always here.”

Kopano Maroga, responsible for the opening quote, insists that the body “is the common denominator – we all have one.” For them (Kopano identifies with the gender pronouns ‘they’ and ‘them’), this is part of why it is such an interesting and important site of practice and interrogation. The body, as the site of a certain kind of truth, is a container and maker of a certain kind of actual-ness, real-ness; reality. There are so many ways of thinking and speaking about the body. Just as there are billions of ways of using it.

Kopano is an artist, performer, an activist, scholar, a writer, and also has a body. Even as a great deal of our conversation, had over sushi, was anatomical, they suggest that it is weird to speak about and theorise ‘embodiment,’ because it is embodied. This chasm of weirdness is part of the reason they, along with Nicola van Straaten and Julia de Rosenwerth – both graduates from the dance programme at the University of Cape Town – started Any Body Zine back in 2016. ABZ is a “socio-cultural arts organisation invested in supporting embodied-arts practitioners.” Described between bites of wasabi-laden, soy-soaked maki, Kopano explained that Any Body is interested in “dance, movement and embodied politics.”

The zine was started in the midst of recent decolonial ruptures, as a means of finding a language of and for embodiment. Also as a way to find other modes of doing the weird thing of talking about embodied things. Prior to the existence of Any Body, South Africa had no publication dedicated to dance, outside of some academic journals – which are inaccessible, largely boring and, on the whole, alienated from those doing the moving. As an independent publication with over ten issues on bodily issues ranging from sexuality, marching, land, rhythm, sex, jumping, hanging, space and Black dance, both the scope and the volume of Any Body’s production is impressive and exciting.

Beyond the fairly wide-ranging autonomous catalogue, Any Body’s practice has always been about more than just publishing. Along with the range of political and conceptual issues, the magazine is just one realm of public action that the body – as a site of performance and knowledge – has led them to. In mid-2018 the ABZ impulse manifested itself in a collaborative residency programme. The Any Body Dance Lab was a six-week course for performance artists to deepen their individual practices through a collective process consisting of workshops and public performances, “as well as provid[ing] a platform for embodied research to be discussed and enacted.”

This extension from publication to performance processes is a critical move: a turn, or a return, towards another form of embodied action in the material world. 2018’s Any Body publication was based on the six-week dance lab. It featured contributions from participants based on their experience and work during the sessions; and a few other texts such as an essay by one of the lab organisers on the role of embodied research in South Africa. The lab and the publication highlight a particular kind of praxis – a dynamic relationship between reflection and practice – based in movement of bodies.

Political traditions interested in radical societal change and revolution, rely on some level at least, on movement – the setting in motion of people. Mobilisation. However, as Randy Martin, author of Critical moves: Dance studies in theory and politics, writes: “[T]hinking about politics has scarcely grasped the language of mobilisation. A critical reflection on dance can help promote fluency in the language of mobilisation that political theory makes reference to but barely speaks.” One of the productive relations between anybody and politics sits here in ideas and practices of movement.

… bodies are able to do things that outside, they might not be able to; things that have yet to be languaged.

After democratically deciding who gets the last prawn tempura and redistributing the last California roll, Kopano danced onto a concept they named ‘the pre-languaged moment.’ Rapping bars: “Bodily practice, or practice as research, allows you to go into those liminal spaces before they have been languaged.” Similarly, performance can hold the possibility for the suspension of disbelief. In that space, where the norms and rules of the social world do not have to apply, bodies are able to do things that outside, they might not be able to; things that have yet to be languaged. They can occupy and open the spaces in the betweens of language, extending the possibilities of imagination.

But it, the body, is a site of contradiction. In an opposite sense to the above, the body was also invoked by Kopano as the tester of the material truth of things. Assessing whether ideas can exist in actuality or not is also its work. So it can – in certain suspended scenarios – behave in ways beyond what is currently possible; but also, it is the very truth-tester for what is possible in the world.

Similarly, in a totally abstract way, the body itself is autonomous and pre-political. Race, gender, ability, and all other political categories are not intrinsic or internal to bodies themselves but “happen to the body” as Kopano said. This ‘happening’ takes place in society, in relation to other, otherwise, pre-political bodies. This loosening of politics from the body – extended in the ‘pre-language moments of performance – is useful but is also contradicted by the material reality that the body is the very site of politics:

The body in motion is politics’ site and unit of production.

Kopano recalled a number of incidents during #feesmustfall when they were part of a large group, a mass of bodies if you will. Whether it was marching to the local police station to demand the release of arrested students – incarcerated bodies – or it was going to barricade – with bodies – an entrance to the university to shut the institution down, there was a pervasive sense for most people, of not knowing. Not knowing where the mass – of which they formed a part – was going and what exactly the plan was. But they were moving nonetheless, based on a commitment to the broad, somewhat nebulous, political programme.

Part of the motive force of history. Part of the mass of bodies whose physical movement is independent of the will and consciousness of individual bodies. In motion, despite not knowing exactly where that motion was directed. In Notes on Dialectics: Hegel – Marx – Lenin, one of the great Pan-African and Marxist intellectuals, CLR James said: “Movement, impulse, etc., are the revolution; the transition in action.”

This article by cultural worker, asher gamedZe, comes from a partnership between Let’s Be Brief and People’s Stories Project (PSP) – part of the British Council’s arts programming across Africa.