Apple march to the sound of the Beats 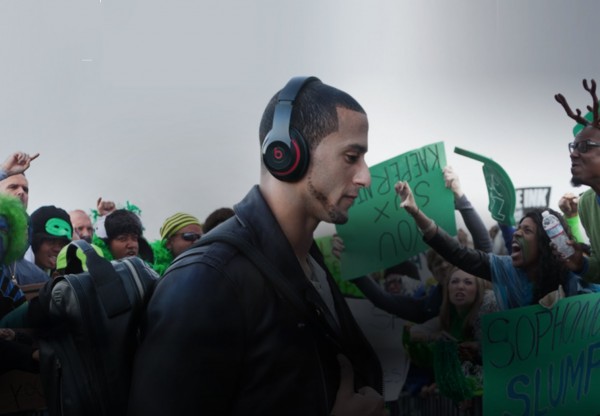 “I’ve always known in my heart that Beats belonged with Apple. The idea when we started the company was inspired by Apple’s unmatched ability to marry culture and technology. “Apple’s deep commitment to music fans, artists, songwriters and the music industry is something special.” This is not a wedding speech, but a statement from music producer and Beats co-founder, Jimmy Iovine. Proof that enough money can buy what at least sounds like love. Apple: a $500bn company paying $3bn for a company acquisition. Beats Audio (or Beats by Dre): an American producer of audio products and equipment headquartered in Santa Monica, California, with around 110,000 subscribers to their music streaming services. According to retail analysts NPD Group, Beats in 2012 accounted for 64% of headphones selling for more than $100 in the US. The market for expensive headphones increased by 73% in 2012. In 2013, Beats enjoyed sales of around $1bn – up from less than $200m in 2010. On May 9th RBC Capital Markets analyst Amit Daryanani told clients that subscription-based music is dominating among consumers, pointing to statistics from music-industry group IFPI that showed subscription-based music revenues amounting to $1.1bn in 2013 – up 50% – while downloads fell 2% to $3.9bn, their first decline in history. With a far smaller audience share than Spotify’s 10 million subscription base, potential for market growth in amongst digital natives already in possession of Apple and Beats products, the music streaming market still appears ripe for the picking. The Financial Times argued recently that the deal was an attempt by Apple to revitalise its “cool” image in the face of a marketing onslaught from Samsung. This is of course is nonsense, for Samsung have never traded on their “cool” credentials; Samsung make alternative products at a cheaper price point that work well. Find a piece of Samsung communications that contains a shred of cool and I’ll give you my lunch money. But you won’t. So I’ll be keeping my lunch money and refer back to the previous point. Beats meanwhile can cite a history of clever, unorthodox marketing strategies. While product placement in music videos has been key, their ability to circumvent 2012 London Olympics sponsorship agreements barring unofficial brands from being advertised during the Olympics was simple yet effective. Beats gave specially decorated headphones to key athletes, who duly wore their brand new headphones walking out to events. At one point almost every swimmer in certain finals came walking out to compete wearing large Beats cans. The phrase ‘Think Different’ comes to mind. “Apple pays for a lack of vision,” say Variety, but this couldn’t be further from the case. With music curation becoming the narrative of the day, Apple have at their disposal an effective means of music curation in iTunes.  In short, Spotify, while currently controlling a lions share of the streaming market, don’t yet have that ‘thing’. Beats have the brand kudos and a platform which before long, will mirror the curation capabilities of iTunes. All of which leads to a shrewd acquisition that even for the numerically challenged amongst us, still adds up. Unless of course you take issue with the brand behind the brand. No not Iovine, we’re talking about Andre Young – Dr. Dre to the layman. The same sheepish Dr. who saw fit announce the sale of Beats to Apple, a fortnight before the deal was sealed courtesy of a half drunk Tyrese rant on YouTube. The announcement of the ‘Billionaires Boys Club’ has upset the Bullingdon Boys Club and Wall Street analysts in a way that only new money can. Dre’s juvenile delinquency none the less, does little to detract from his business acumen. It does however continue to shock market analysts and mainstream media outlets ruffled by the fact that he has such nous in his considerable cultural disruptors toolset. Apple understand fully what they’ve acquired: a platform, a proven product and a burgeoning demographic. It may be hard being the king, with sky-high expectations from the markets, but the benefit of being the king (pre-Magna Carta) is that ‘it’ becomes law when you say ‘it’ is the law.]]>