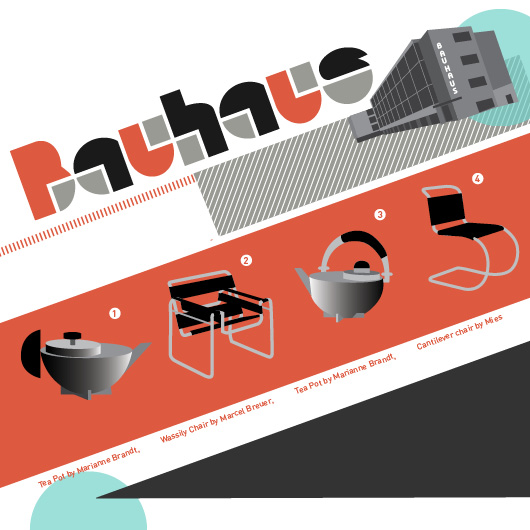 If you have ended up here, hopefully you’ve taken the time to read the infographic on the impact of the design school and movement called Bauhaus.

While only being around for a relatively short time 1919 to 1933, the legacy of Bauhaus founder Walter Gropius has influenced 20th & 21st century design. It also happens to be my favourite design period too but more on that another time.