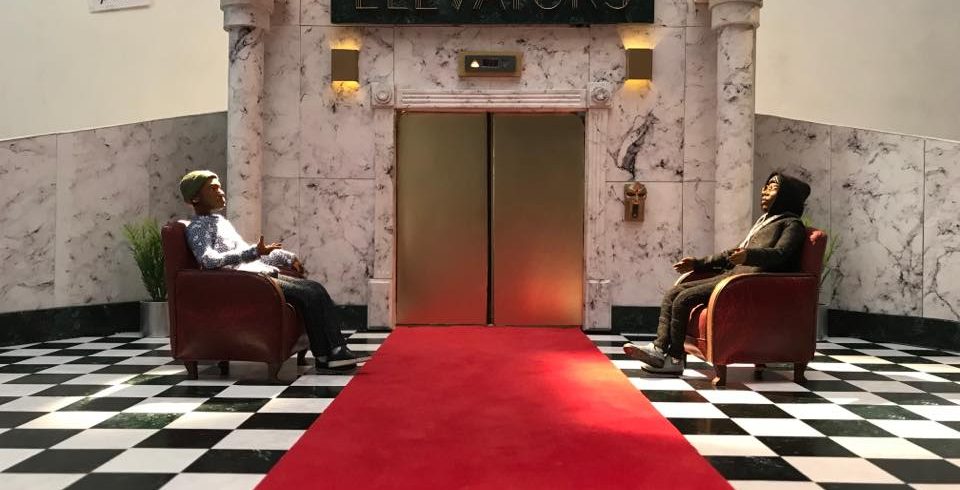 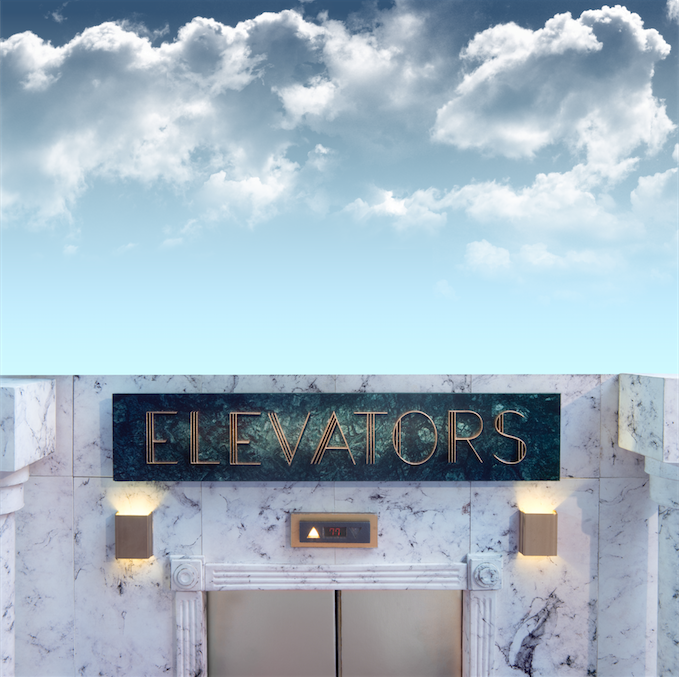 I feel like Tupac said it best: “A role model is a role that you are given, it’s not a role you’re trying to fulfil.” I don’t feel like I’m in any role, I feel like I’m being me. Me and Mother Teresa have the same birthday, that’s where my heads at, where I’m striving to go.

Bishop Nehru has been described as the next wave in hip hop. His now classic NehruvianDOOM collaboration album with MF Doom, and being the first signee to Nas’ Mass Appeal Records, has propelled him into notoriety.

Hailing from New York, Markel Scott is a refreshing artist, effortlessly bridging the gap between modern hip hop and observant storytelling. We spent an afternoon with him in London chatting algorithms, role models and adaptability.

Q) How do you gestate ideas? What is your starting point and how does the process unfold?

For me it’s really simple, I feel like music is always an intuitive thing, it hasn’t been an analytical thing. The actual creation of music has always been intuitive of the spirit. I think about it like this: you think James Brown – when he’s screaming in a track – is like “yo, I’m going to go in the booth and scream”? No, he feels it.

Q) Do you think the older generation and the younger generation should form more of a structural bond, or is it more organic than that?

Q) Do you see yourself as a role model to the younger generation coming through? Do you take this responsibility seriously?

For me, I feel like Tupac said it best: “A role model is a role that you are given, it’s not a role you’re trying to fulfil.” I don’t feel like I’m in any role, I feel like I’m being me. Me and Mother Teresa have the same birthday, that’s where my heads at, where I’m striving to go. I’m not saying that I don’t go through shit, or am never negative, but I know how to balance.

Q) Your music seems to have a positive message; do you think your music plays a wider purpose for those who enjoy it i.e. wellbeing?

People tell me that all the time. That’s what I like to hear and makes me wanting to make music. I always see a message come through. I always message back — you never know what a person is going through. The reason why I listened to the artists I did was based on how they would connect with their fans e.g. Tyler the Creator used to have a site called “Forum Spring”, a site where he used to answer his fan’s questions. Even though it was little, it showed that he cared about his fans, the people he was creating the music for.

Q) You released some of your music on the Odd Future Forum years ago. Has digital changed the way you create music?

Q) What do you think of algorithms having an important place in music consumption these days, i.e. Spotify?

Spotify is a platform that can change your life in a month, if you get on the right playlists. One thing I would be keen to see is how many artists would be successful if they weren’t on playlists. There’s people that just put their stuff out on SoundCloud but they don’t get put on the playlist by Spotify.

Q) How did you turn a hobby into a commercial stream? Did you have a strategy?

When I was young, I didn’t like travelling, playing, journalists… all of that was new to me. I’m starting to do more. In the beginning I was super rebellious, I didn’t care about interviews, [but] with age you start to notice how you connect with the people who care.

Q) What’s your relationship with Doom like and what has he done for your career?

Doom was someone I used to listen to on the bus in high school. I remember getting into arguments about Doom. Typically, music agreement was who is the best rapper? They were like “Yo, Drake is the best rapper!” I was like Doom is the greatest and they would be like, I don’t even know who that is. How is he better than Drake, when we don’t know who he is? It’s funny — neither of us were wrong!

Q) How do you think fashion and music intersect and overlap? What are your views on classic style vs contemporary trending style?

My aesthetic is pretty scattered, the polarity of the shit that I wear is wild. I’ll wear a rock choker, with Air Max. You normally see a person with a rock choker and Dr Martins. My style is kinda like rock and hip hop mixed together. I kinda know what’s going to work. I guess I can kinda feel it and piece it together organically. If it’s forced it’s not natural.

Q) What advice have you been given that has resonated with you?

Do you. I wouldn’t say go into knowing what you want to do, because that’s [single] minded – I would say go into it and be ready to adjust. You’ve got to be able to adapt to any situation. That’s what I had to learn: if something goes wrong, keep going, adapt to it and push for it, if you believe in the dream.