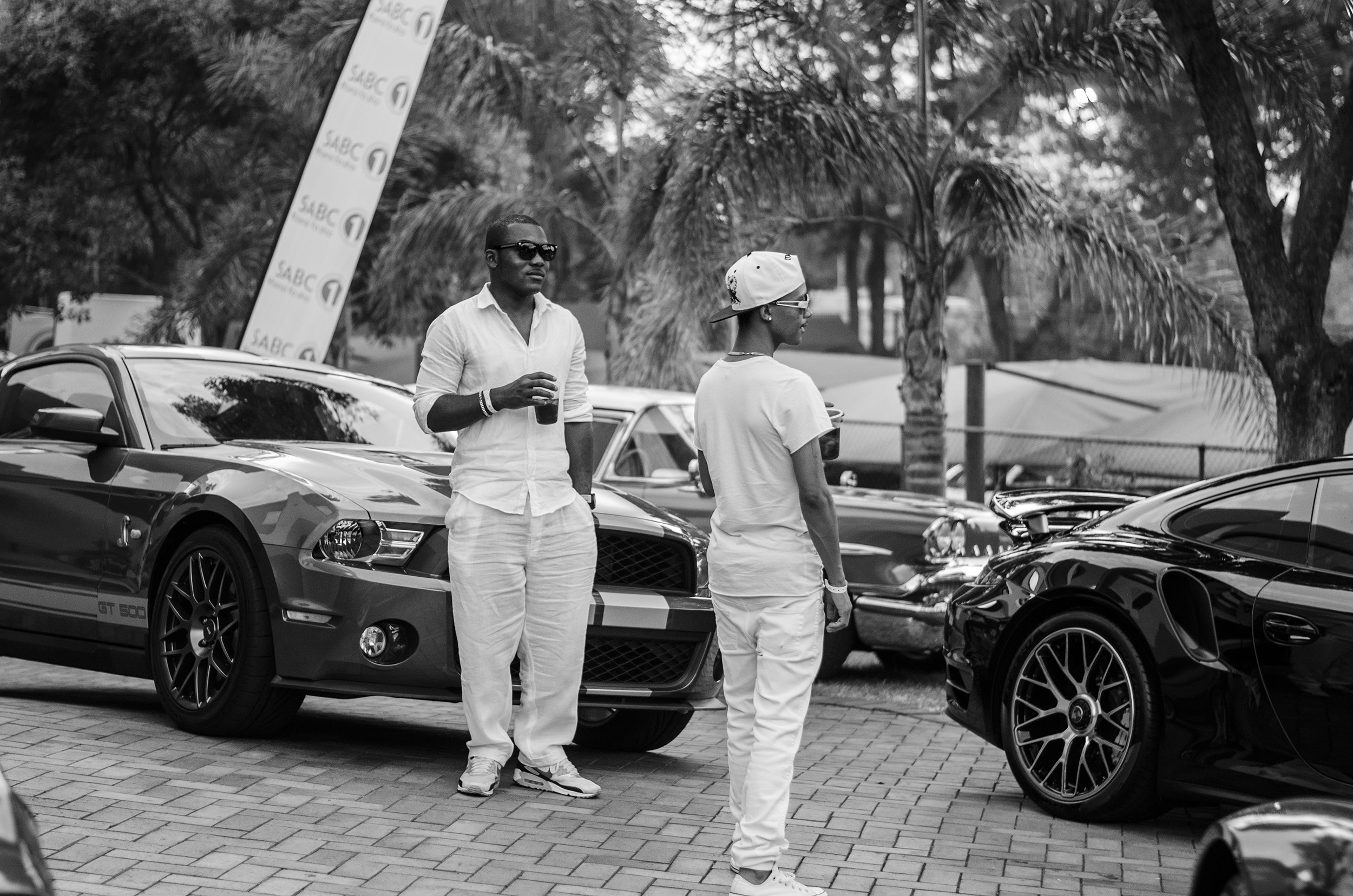 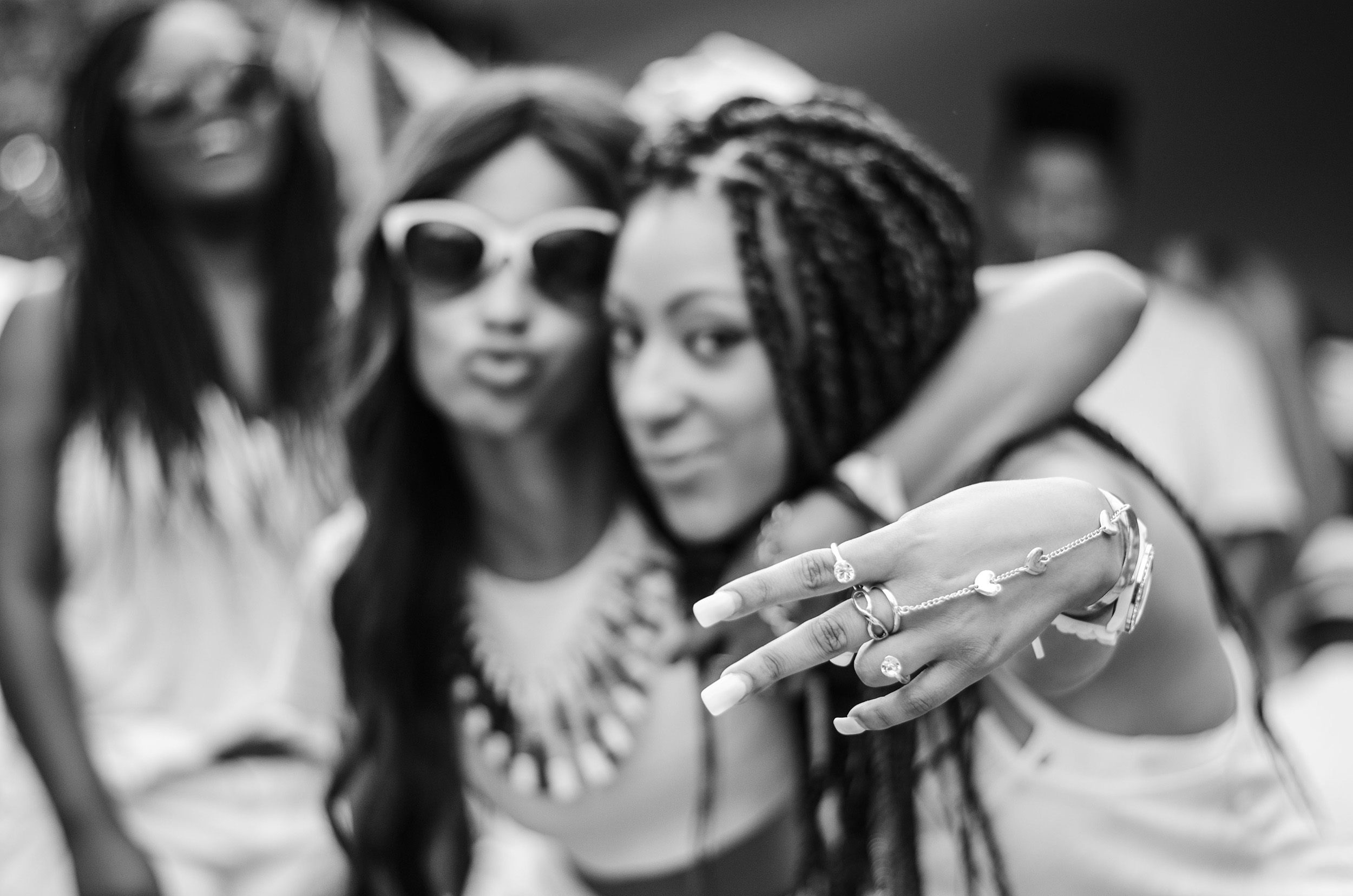 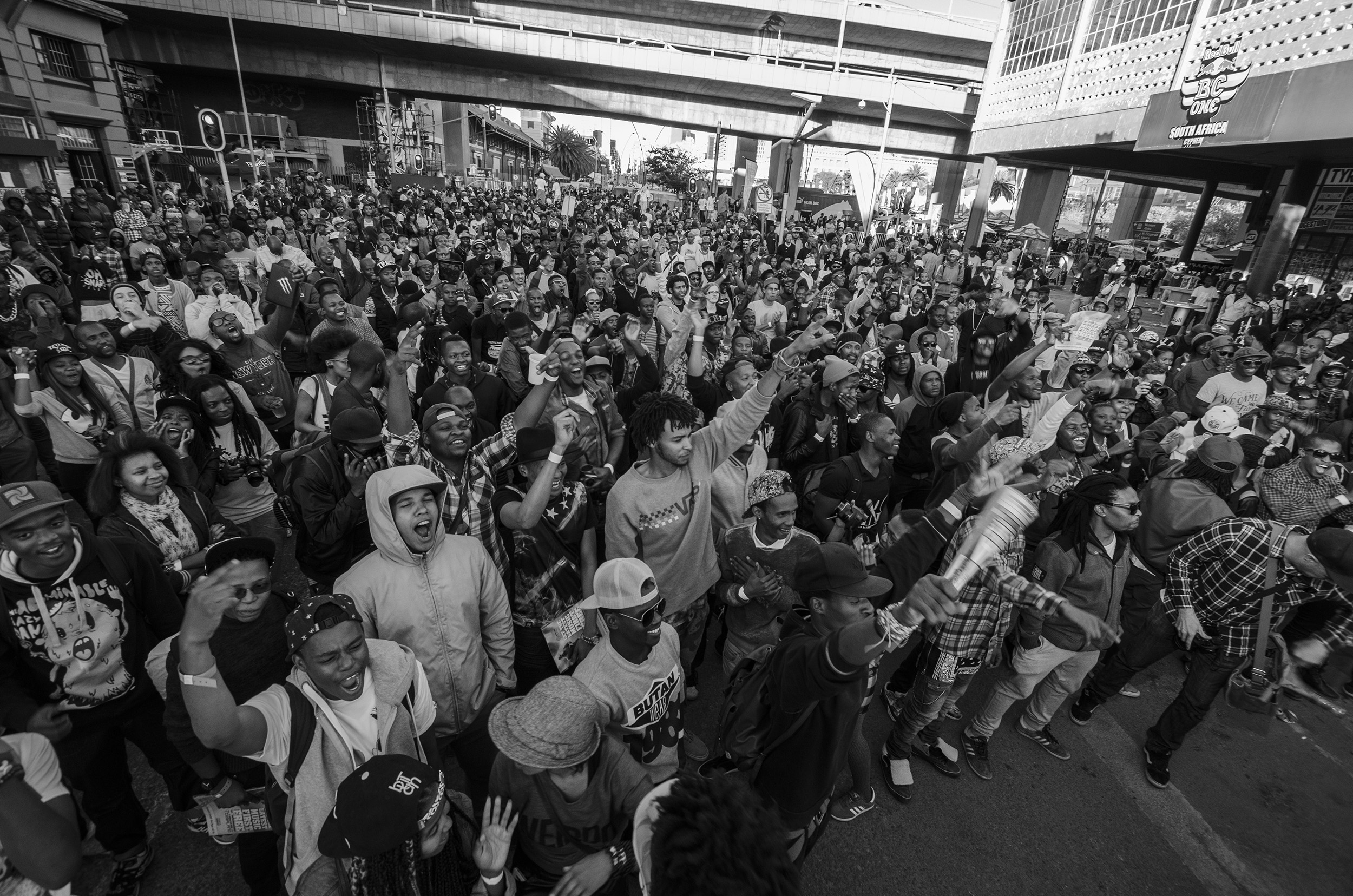 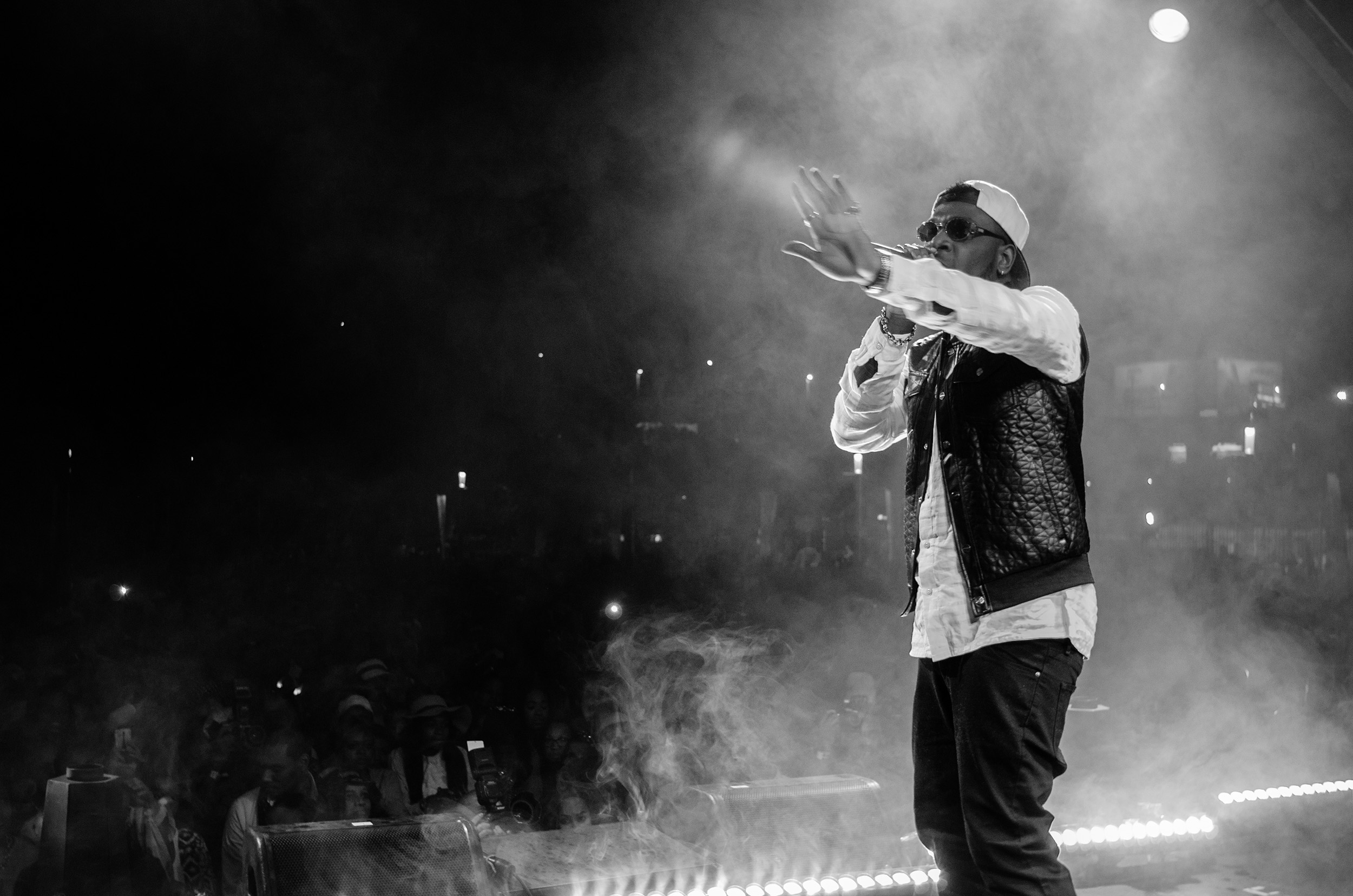 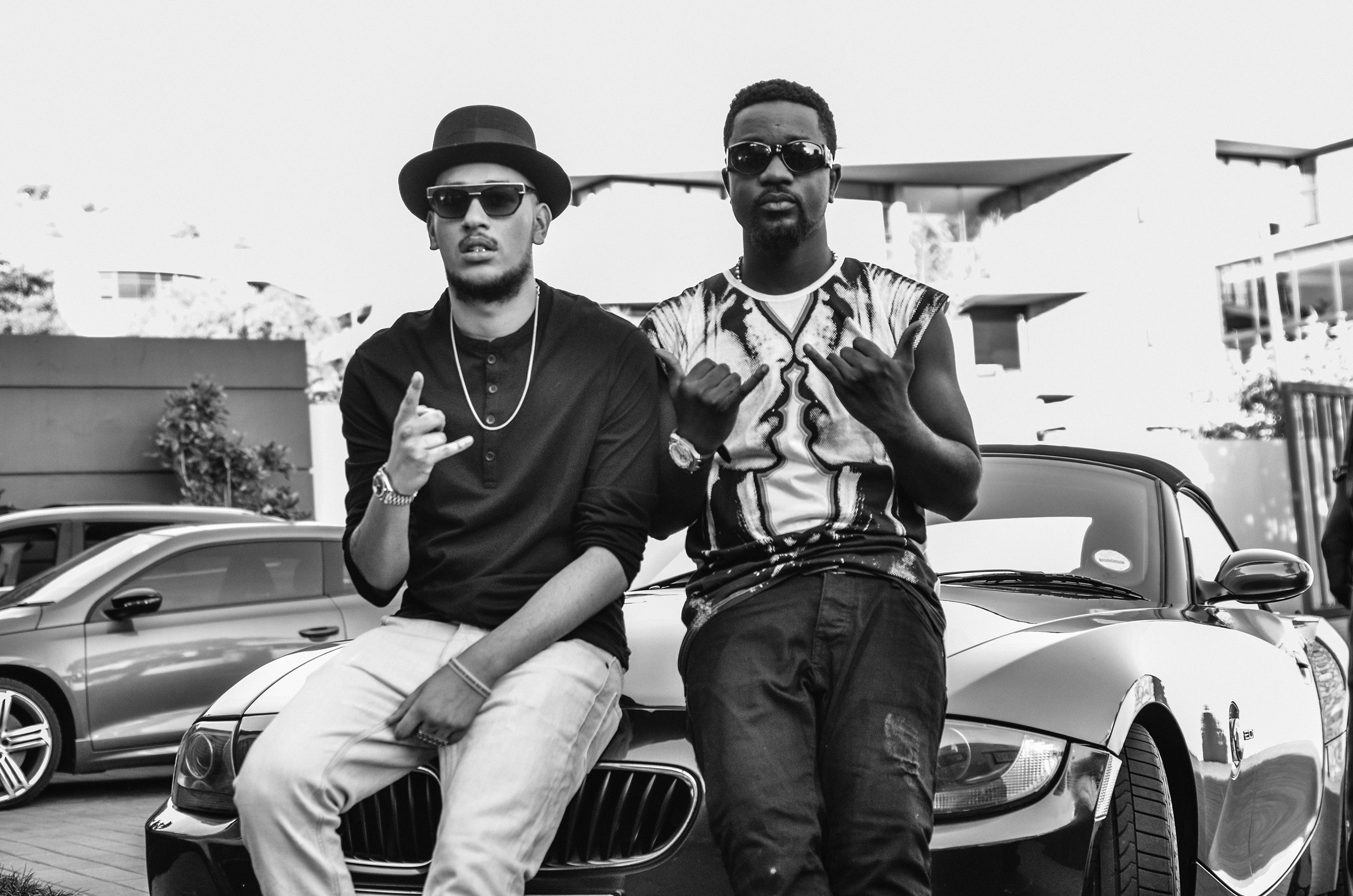 “Basically we didn’t pay our hosting bill on time; didn’t see the notifications that the payment was overdue,”

A once-thriving portal for African hip hop content is no longer around. As of writing, pointing one’s browser to africanhhb.com leads to a landing page which indicates that the site is being upgraded. Direct links to articles no longer resolve; the all-too-familiar screen indicating that the user’s offline, or that the site doesn’t exist, is all the visitor will get.

It’s unclear when exactly in 2017 this happened.

At its peak, the African Hip Hop Blog experienced a combined volume of 846,906 unique visitors, according to the Influencer Marketing platform Webfluential. Although these visitors came from all regions around the world, users from servers originating in the Netherlands recorded the highest stats in 2014 (240, 423), while South Africa came in second at 191,608. East African massive also showed love, with Kenya shipping in some 60,000 uniques, which put them at number 4 behind the USA’s 96 000. Total pageviews were an upward of 1,200,000 clicks per month.

The YouTube, Facebook, Twitter and Soundcloud channels are still accessible. The YouTube views are staggering, as are the Soundcloud plays which were at 322,000 combined spins, with seventy-five per cent of these users in the 18-24 age bracket.

Important work, ranging from long-form, informed critiques of file uploading sites and their inner machinations, supported by hardcore data; and interviews and profiles with some of the continent’s leading figures — from Botswana’s Zeus to South Africa’s Cassper Nyovest to Ghana’s Sarkodie and Nigeria’s Ice Prince; this content will never again be accessible.

That archive has been lost, and no 0 and 1 combination shall bring it back. Without a home, these additional channels are, ultimately, dead links to even deader dead ends.

“Basically we didn’t pay our hosting bill on time; didn’t see the notifications that the payment was overdue,” says UK-based Ross Hagan, who co-founded the site alongside Philip Chard and Twaambo Haamucenje, who are based in Zimbabwe and Zambia respectively.

The situation couldn’t be remedied by the time the team attempted to rectify the situation.

“[The service provider] had already deleted our database from their servers and told us there was no way for us to recover the data,” says Ross. This deletion pending payment was never communicated by Digital Ocean, the organization that operated the server on which the site was hosted.

“The only backup we had was from a few years prior when we used a different provider. We essentially lost most of the more recent data,” adds Ross.

Back your shit up. And backup the backup.

The website evolved from 25tolyf.blogspot.com, which was initially aimed at distributing the 25tolyf mixtape that was released in 2008, and featured emcees from Zimbabwe, Zambia, and South Africa. By 2012, a name change had occurred, and the site was well on its way to becoming a leading content hub on the continent. Additional contributors had also come on board, with Botswana, Lesotho, Zambia and South Africa all well-represented.

But at its core, the site was a passion project. Though revenue started streaming in eventually, there was never a solid business strategy to guide how these small income streams would scale such that contributors got compensated for their labour.

Says Phil: ‘Even at our peak the blog was a money pit. When we had fewer responsibilities we could afford to invest the time and money into keeping it afloat. Eventually, life caught up to us all and we had to put its operations on the back burner to make sure we were meeting more pressing obligations. During this time we weren’t paying attention to our hosting plans or backups and the worst-case scenario struck.’

The African Hip Hop Blog experienced what the web developer Twaambo refers to as ‘performance issues’. The remedy was to migrate the site to a service provider that would provide better infrastructural support. Digital Ocean offered backups but had a limitation that barred users from exporting backups using third-party services.

Twaambo provides technical analyses to Ross’ reasoning: “[When] the bills were due, they nuked both the running server instance and the backups associated with it. There is no warning for the deletion of backups which really isn’t fair but that’s how they were operating at the time.”

Digital Ocean has recently come under fire for this practice.

“The blog was a vital part of documenting the African Music Industry,” says Phil. The likes of Sabelo Mkhabela and Kiri Rupiah, whose careers have grown expansively since their time there – one is a documenter of South African pop culture for Okayafrica, while the other writes striking, engaging analyses for one of South Africa’s trusted weeklies, the Mail & Guardian.

“We’ve managed to recover some text backups of all the posts. I’m hoping to recover the old content and host it via another project soon,” adds Phil.

“Back your shit up. And backup the backup,” cautions Ross.

By contrast, one of South African Hip Hop’s finest early documenters – Hip Hop Headrush – is still operational. The site’s landing page has a note at the very top that reads, “This site is no longer actively maintained but is being kept alive for archival/historical purposes.”

Says Mass Dosage: “I’d also get certain artists to give me songs to put on-line, to distribute. But I would always discuss it with them first —it was like promotion for them.” Among these were the P.E.R.M collective, whose line-up included a now-legendary pioneer of true school South African rap, Tumi Molekane; two-time South African Music Award-winning rap supergroup Skwatta Kamp; and the late, great lyricist Mizchif.

Where music, art and fashion originating from the continent, alongside contributions made by the vast Afro-diasporic massive are concerned, a plethora of recent and ancient scholarship exists.

Sure, Hip Hop Headrush has sustained thus far, but they existed in simpler times when cloud-based computing and Web 3.0 with its demanding hooks and nukes made operational costs – like manually backing up the African Hip Hop Blog’s data using a third-party application – unbearable.

The need for writers and archivists from the continent to narrate first-hand what happens in the scenes they interact with is a strong antiseptic when we consider alleviating false perceptions. Where music, art and fashion originating from the continent, alongside contributions made by the vast Afro-diasporic massive are concerned, a plethora of recent and ancient scholarship exists which prove that the colonial gaze shall never get it right.

As it stands, the chief documenter of African pop culture is located in New York and chaired by a decision-making executive whose daily reality doesn’t mirror that of the content they purport to be expert peddlers of.

To redress these ingrained, age-old power imbalances, solutions that not only factor in financing are essential. Those on the ground, and willing, need to consider and appreciate the archive’s underlying value, as well as demonstrate a firm grip on technological advancements and how they can be utilized to tell captivating tales.

Otherwise, we’ll continue merrily on this highway of neo-colonial disinformation currently mislabeled as African pop culture literacy until the next generation arrives, only to realize that their forebears have fucked up the Black African Archival Project yet again.

This interview by Tseliso Monaheng comes from a partnership between Let’s Be Brief and People’s Stories Project (PSP) – part of the British Council’s arts programming across Africa // Photography: Tseliso Monaheng