Boyhood :: 12 Years of Patience and Passion 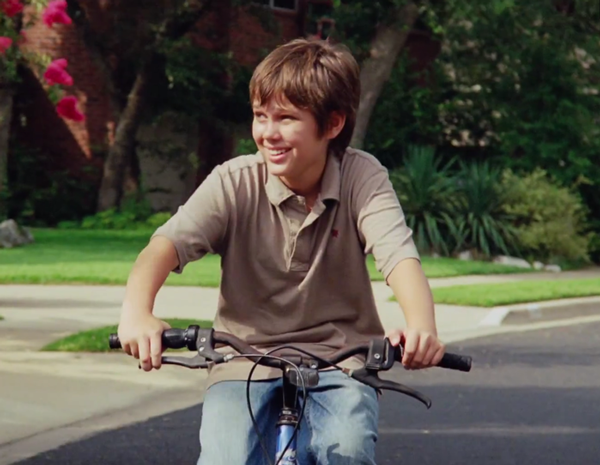 Director and screenplay writer, Richard Linklater began his career in the 1990’s as a forerunner of the independent film renaissance. His early films explored, what he tagged as,  “the youth rebellion continuum” but it was his ability to capture youth culture without trying to define it that quickly set his work apart. Films like Slacker and Dazed and Confused solidified his indie reputation while blockbusters like School of Rock and Me and Orson Wells made Linklater a household name.

Richard Linklater’s latest film Boyhood is a coming of age story that follows Mason Jr. (Ellar Coltrane) and his family (Ethan Hawke, Patricia Arquette, Lorelei Linklater) over the span of twelve years, literally. Centring on Mason Jr, the movie depicts his life from ages 6-18 when he moves to college. While key plot elements were written from the beginning, the script and storyline details emerged over the course of the film allowing personal experiences and cultural events to shape its evolution. Linklater admits he can’t really describe the movie but says, “it’s a movie about moments.”

In Boyhood Linklater ditches mainstream practices; gone are multiple actors, green screens and hair and makeup —what’s left is an authentic portrayal of life through a 35 mm lens, the moments between moments, the essence of growing up and growing old.

True to Linklater’s own life, the movie takes place in Texas where the political landscape is tested by George Bush, the Iraq war and Barack Obama’s election. While culture, politics and place influence the film they don’t overrun the plot. Like any family, politics are brought up at the dinner table and quickly thrown out with the leftovers. Likewise, Linklater doesn’t romanticise the Texas landscape or make assertions about the lone star state’s culture. He simply presents little moments in time that together make up a life.

It’s uncertain what will have a lasting impression on Mason Jr. and Linklater doesn’t install flashing lights to point it out either. This is no Truman show. While the characters are written their lives are ours —messy and disappointing; fucked up and funny; unfair and full of possibility.

While Boyhood was a labour of love, filmed between films, it has the potential to become an award winning box office crossover. What was once an impossible feat, revered by artists and scorned by businessmen, has not only been proved possible but valuable. Current entertainment economics rewards the instant, the digital and the re-boot (Another Marvel movie, anyone?) which is why it is so refreshing to see a film that has taken the unprecedented patience of twelve years in the making.