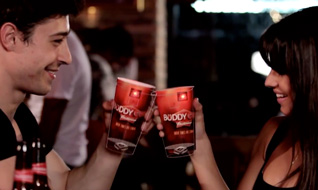 Like most families, my family believes Sundays are for tradition. Our tradition is barbequing and drinking beer. The first time I ever drank a beer was on one of these Sundays. I was thirteen and going through a pretty angst ridden time in my life (hormones, break outs, break ups, you know what I’m talking about). Like most thirteen year olds I loved my parents but simultaneously thought they were so out of touch. Like why didn’t they understand Adrian and I were meant to be together? Like didn’t they know what true love was? It was then, as I was contemplating my escape from suburbia, that my dad handed me a can of Budweiser beer. It was like we finally understood each other and we toasted.

While my relationship with Adrian didn’t last my relationship with beer had only begun. Today, I’m still very much in love with beer and so is the rest of America. According to the Beer Institute (yeah, there’s even an institute) the beer industry employs two million Americans, providing nearly $79 billion in wages and benefits. Globally Budweiser’s parent company controls 18.7% of the market, more than SAB Miller and Heineken combined. Now I’m no economist but I think it’s safe to say that Budweiser can do no wrong.

Except this: Budweiser Brazil is testing a new concept called “The Buddy Cup,” a Facebook friendly pint glass. Under the guise of a traditional pint of beer, “The Buddy Cup” is embedded with a microchip that allows two people to become friends on Facebook when their cups touch. The idea is that when you toast someone at the bar you become friends – online anyway.

Call me a traditionalist, but that shit’s crazy. Is nothing sacred anymore? With the release, Budweiser reps are spouting fancy ad-words like ‘social media platform’ and ‘consumer- product interaction’ but all I hear is ‘tighten your privacy settings’. Not only did my mom teach me not to talk to strangers, the Internet taught me not to friend them. Maybe things work differently in Brazil, but as soon as this comes out in America some frat boy is going to go around clinking glasses with every girl at the bar and ruin Facebook forever.

The act of clinking glasses is like a handshake for drunks. It’s a mutual sign of respect for the guy standing next to you in line at the bar. It’s a hopeful look to the future and it’s a polite way to get away from that weirdo hitting on you. When you muddle a polite gesture with social media tactics it ruins the true purpose of the tradition.

Hopefully Budweiser will quickly realize just how bad this idea is because everyone else already has. While some things need to evolve, others stand the test of time. Sitting in the pub and drinking cold beer with people you’re actually friends with – that’s a tradition worth preserving. After all, aren’t some things better the old fashioned way?