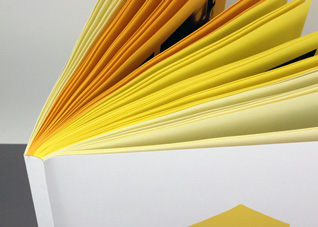 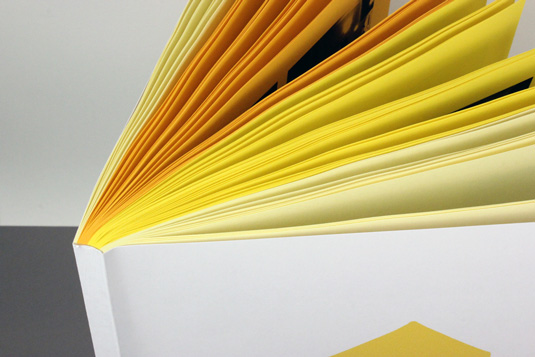 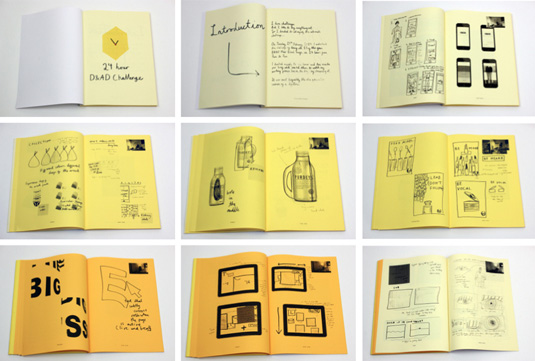 “I love challenges. And I like to try everything out. So I decided to set myself the ultimate challenge: completing all 15 of this year’s New Blood briefs in 24 hours from 7am to 7am. I limited myself to one hour and ten minutes per brief and invited others to watch my working live on the day by streaming it.” There are ‘making of’ videos, then there are ‘MAKING OF’ videos. Barbara Ryan didn’t get an in-book nomination because of her particular making of video, Barbara got in an in-book nomination because of what she actually actually created. This of course is different to the criteria we set for say, Daniel Williams, whose end product didn’t actually work as physical product. Barbara’s 24 Hour D&AD Challenge did work in physical form, and it was crucial that it did so, because while the vid didn’t necessarily impress, the amount of work that went into answering each brief was self-evident on each page. It had a loose, considered art-directional style, was well put together and showcased a committed, all-out work ethic that the judging panel liked. We’ve noticed a tendency for young creatives to spend far too much talking about what they’re about to do and not nearly enough time doing it. Barbara, to her credit, used 24-hours very wisely indeed. :: Barbara Ryan — 24 Hour D&AD Challenge is an in-book nominee for the D&AD New Blood Awards 2014 // Make Your Mark — Tell Don’t Sell is a D&AD brief written in partnership with LBB // Judging Panel – Joel Gethin Lewis, Jack Renwick, Craig Oldham, Ansel Neckles]]>