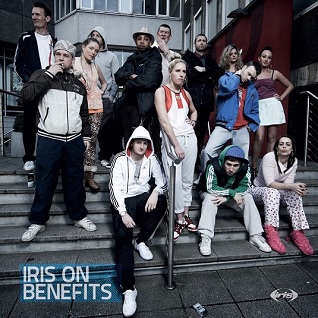 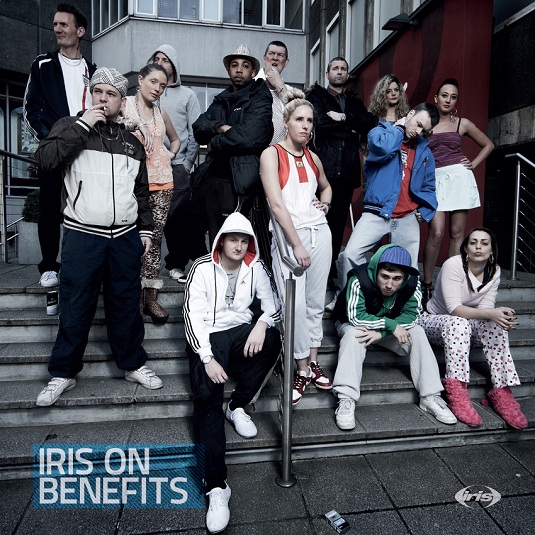 Last week in ‘advertising land’, ad agency Iris were feeling very proud of their brand new ‘Employee Benefits’ internal communications brochure. So much so that they happily sent it off to Campaign to gain hoorahs and plaudits for their fabulous work. The 40 page booklet’s art direction was based on the ‘benefits culture’ and some sort of ode to TV series Shameless.

Little did the sheltered folk of Iris know that said work produced by Art Director Deon Sensky would be received, well,  not so well by the rest of the world. You know, the type of folk who’ve had their heads out of their arses long enough to know what common sense is.

Initially called out by Copywriter Holly Brockwell on her Copybot blog, the story has been causing a bit of a stir.

The business-as-usual response from the trade publication, Campaign speaks volumes regarding the attitudes of those who not only produced the work, but the industry that nonchalantly co-signed it.

Of course, we are all aware – hopefully – of a culture that has arisen over the past few decades of people whose sole ambition appears to be to receive benefits, rear dangerous dogs and take up as many vices legally and illegally available. However as most intelligent people would know there are also many reasons as to why such a culture has manifested itself in the UK, like poor education, systematic dysfunctional family life, ever increasing levels of poverty and the last-but-not-least, that very British institution of classism.

Now it is possible to see how in the eyes of those who produced this work, this would seem OK. After all,  it’s for only a ‘laugh’ right. My concern however, doesn’t stem from a ‘privileged’ or ‘unprivileged’ narrative; my disappointment is in the lack of humanity and levels of ignorance/scorn that can actually parade as humour.

Let’s face it, as a creative concept it isn’t, well, very creative. Deon Sensky is no Shane Meadows, but full points do go to the DOP.

A note to all those involved in the campaign: When considering your ‘status’ in the future, If you don’t come from a ‘wealthy’ family background, hit on hard times, and fail making a mortgage payment or two, you too could find yourself reliant on social security for a period of time. God forbid it takes you a bit longer than what you thought to get back on your feet. Let’s hope people ‘Benefits’ tag as you exit the job centre with signing-on book in hand.

One response to “Deon Sensky :: Iris on Benefits”