Designing our own identities 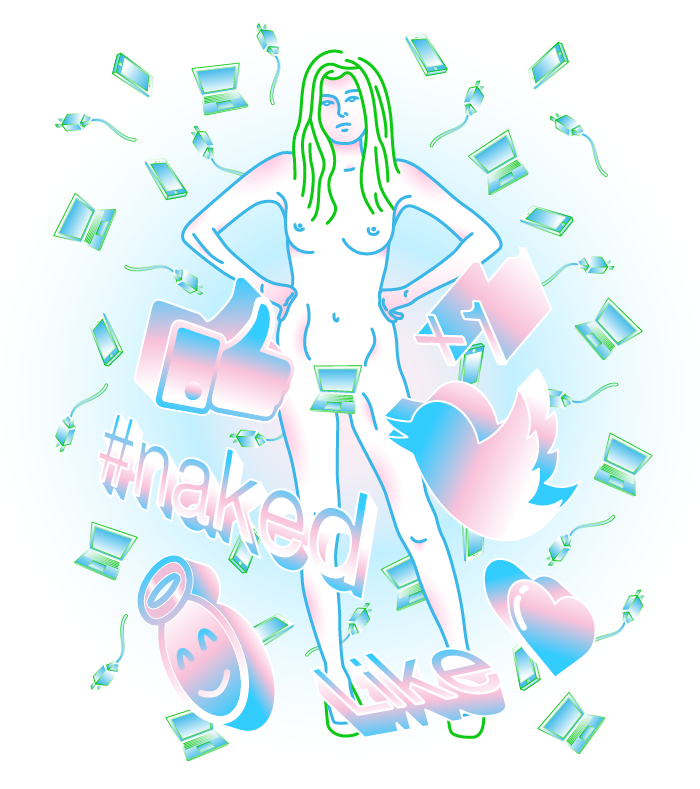 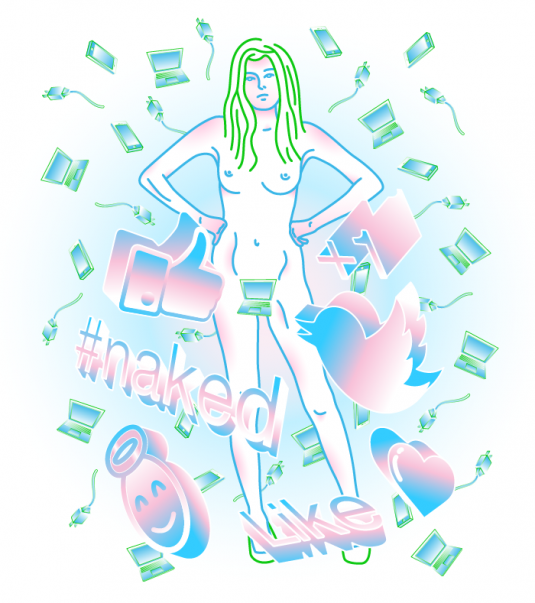 With the help of the internet we have never been freer to sculpt our own identities, project the self we wish to portray. But does this freedom come at a price?

The product or service at the heart of any business – whether it’s communications, manufacturing or retail – is planned, produced and promoted by a team of specialists including of course a designer. We are told that purpose and function is at the heart of good design. In my experience working in digital communications, everyone in the team has an opinion about the design aspect of a product or service and many non-design jobs now demand you take an active role in some aspect of visual communication.

And let’s face it, this isn’t surprising in a society that is saturated in visual communication. Look at up-to-the-minute websites for example – more often than not images dominate the page; and marketing campaigns increasingly tell stories through the clever deployment of pictures or moving image, with barely a tagline or slogan in site. We are now expected to think like designers – and act like them too.

And this hands-on highly visual notion of ‘design’ is infiltrating our personal lives as well, through reams of social media platforms, apps and media channels encouraging us to take selfies, style shots and create profiles (social, dating, banking, working). This time the purpose is designing ones’ self.

Dr Mark Featherstone from the School of Sociology and Criminology, Keele University, wrote in an online article, ‘I think that the majority of selfies are taken simply in order to assert the photographer / subject’s presence in the world. What does the selfie say to other people? It says ‘look at me, I am here’.

But what about the building of the ‘you’ that you want reaffirmed by selfies? Never have our identities, or perceived identities, been so malleable. Over time social media platforms such as My Space and Facebook, have allowed us to build our own profile, which can feature a considered selection of ‘like’s, be it books – insert numerous references by my generation to On the Road by Jack Karouac – or music, businesses or memes. We are encouraged to visually build or curate the profile through cover images, profile pictures and photo albums. Building, self-consciously, a picture of ‘me’.

This trend has, since the almost archaic days of MySpace, taken an upward trajectory towards the snowy peaks of Pinterest and Instagram, which through pinboards (aka moodboards) or albums allow us to communicate, purely on a visual basis, our tastes, style and interests. Therefore we all design and visually communicate with a purpose. But is self-affirmation enough of a purpose to warrant such considered design?

Perhaps there is a sense of freedom, creative control and self-reliance in this process of identity building that adds some value to the experience. However, there is also a nagging self-consciousness as we try to create the perfect identity. The aesthetic pressure social media and selfies puts on us can seem tiring. Being a teenager in 2014, with all the natural insecurity that period of ones life entails, must feel suffocating, an uphill struggle for perfection – the perfect looking dinner shot on Instagram, the subversive Facebook cover image or stylishly retro Pinterest Pinboard.