Donna Leake takes us on a musical voyage via Dalston 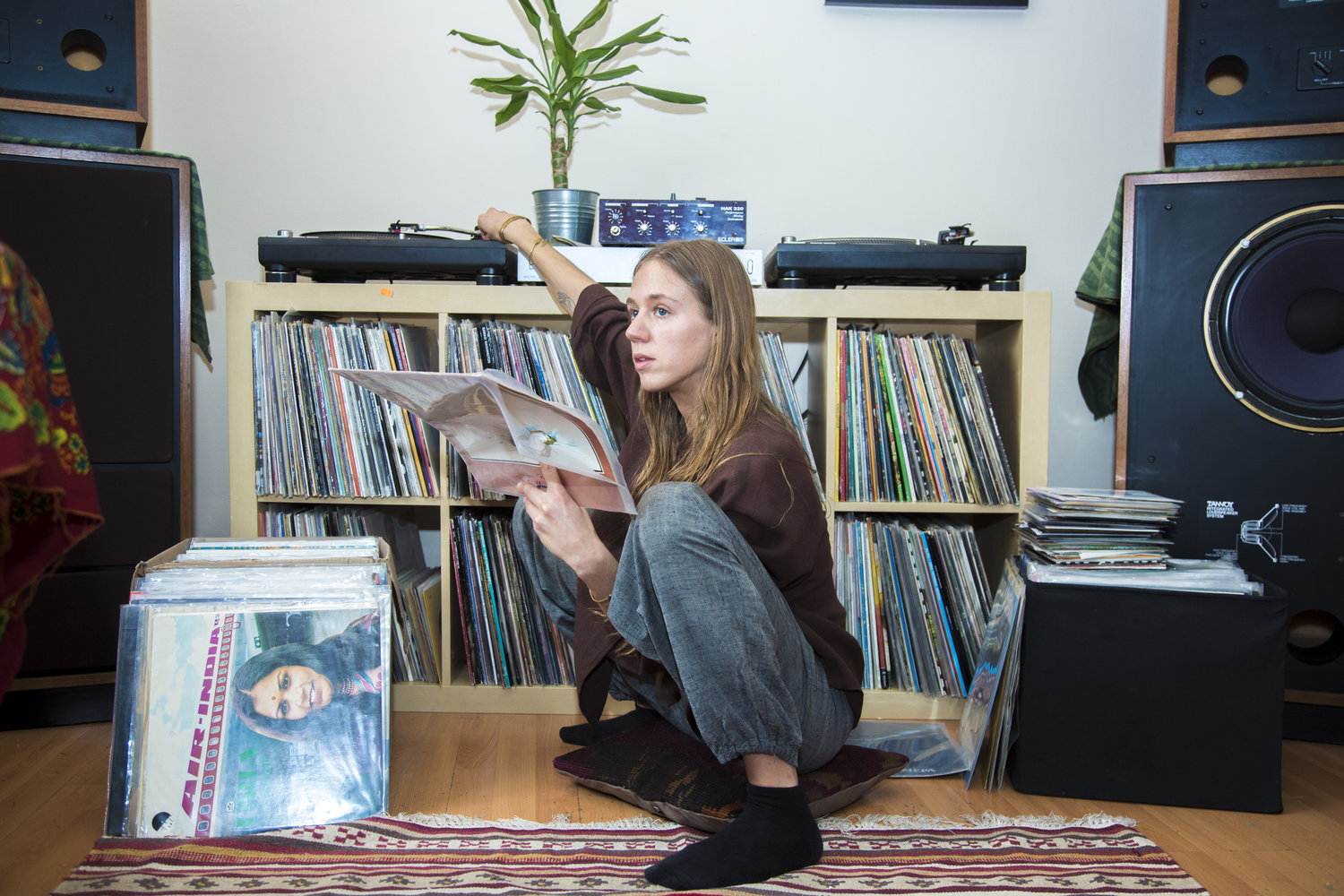 Up until now, I’ve never really had much of an idea of who or what the DJ community is. I’ve just simply wanted to go on a musical journey, whether I’m on the dance floor or behind the decks. The main focus was on “how do I have a good time?”. Before seeing myself as a selector or DJ, I’m a listener and a dancer.

We were kindly invited to Donna Leake’s home, suitably situated above Brilliant Corners in Dalston, London, for her inaugural interview.

Donna’s love of music was undeniable and her enthusiasm for organic sound, non-formulaic track selection and dancey energy makes her somewhat of a music anomaly.

Q) Hello, can you tell us about how you first got into music and how it led to where you are today?

From listening and continuing to listen. I had a big love of music from an early age, I was often in trouble at school for having my CD Walkman, but I never made a single plan in my life and I seem to have just let things happen, allowing the laws of the universe to do their thing. And I’ve noticed that the more I listen to music the better my life becomes.

This is pretty much how I stumbled across Brilliant Corners. A friend and I went one evening. Sadar Bahar was playing, and we didn’t end up leaving until early the next morning. The owners, as we knew them then, were playing records. We got chatting, we connected and later they asked us to join the team. Within a few months and without even realising (I didn’t actually want another hospitality job at this point) I was working there full time. All my time and passion was there, soaking up and sharing the love and belief in what they were doing.

Q) Being at B.C, how do you balance creativity and revenue for the space? i.e. what’s the balance that you need to meet in booking experimental artists vs how many people go through the door?

Amit takes care of most of the bookings but I know that how many people come through the door doesn’t really come into it. I would say it’s more about understanding what kind of music is best fitted for what time and getting an idea of what will be well received when. There is no formula, we try to have an open house feel. Anyone can come and play — it’s just people who enjoy playing there and music we like, being fitted into as best timings to suit the day of the week with the DJs availability usually.

Q) What’s different about sourcing and playing vinyl as oppose to digital formats?

The access to music through a computer and the internet is great, there’s so much out there and it does help. I only got a computer recently and now I DJ more and have a monthly radio show it’s a useful portal for discovering/checking music, however, I still discover most of the music I like and play physically through vinyl and record shopping. It’s just easier and far more enjoyable for me.

Q) What are your secrets for finding records? Do you tend to look via labels, areas / countries, album sleeves – do you have a rule of thumb?

Inside my head is like, where are we going to go today? What am I going to find? I’m searching for the unknown and that’s what makes me so excited. It’s also about not having any expectation. There’s no rule of thumb, there’s no secret. It’s context, it’s time, it’s how I feel that day. It’s pretty much finding as many different reasons as I can to listening to a record. When was it made? What musicians are in this? What instruments are being played? Where was it made? Do I recognise the label? Sometimes when you see a record and you see loads of people involved, this many producers, this many engineers and you figure this was a massive project, and you want to hear what came of this. Or sometimes it’s just the simplicity of it. And other times it’s the artwork. Some shops you know, you just have to get dusty, and get stuck in and you go through so much shit to sometimes find only 1 song or sometimes none! But when you find something incredible it’s all worth it.

Q) As a selector, how have you been received by the DJ community?

Up until now, I’ve never really had much of an idea of who or what the DJ community is. I’ve just simply wanted to go on a musical journey, whether I’m on the dance floor or behind the decks. The main focus was on “how do I have a good time?”. Before seeing myself as a selector or DJ, I’m a listener and a dancer.

As I have been getting closer to the DJ community recently, I have a huge respect for their belief in music, because without this shared belief, I wouldn’t be able to ride and go on all the musical journeys I have done recently. I have always played for myself because it was never a plan to DJ. So anytime I was asked to play, I only knew myself and what I wanted to hear. However, more recently I have come to realise that this feeling can be heightened even more when it is shared, so now I have a lot more awareness of what people might want to hear and try to consider everyone. I can still only play what I packed in the bag that day, but trying to have a conversation and tell a story that can resinate with as many people as possible, is now part of the way I try to play the records. I’m still learning this and think I will always be, it’s all brand new to me, but when we do join, I’m forever thankful.

Q) Has being a female in the music industry affected anything?

It may have done, I’m sure my gender has effected things for me at some point but how, why and what I don’t really like to try figure out. I think the focus should be more on being people instead of genders and differences.

That’s one of the things that will get us to a state of equality in every aspect. I’m aware of the differences in opportunities for females generally and I definitely believe in fighting for equality for everything. It’s still very messed up and we have a long way to go but I think we are going somewhere. Voicing it and bringing it to the light is important, but me focusing on it on a personal level in terms of my musical journey doesn’t change anything for me. I can, however, hope that the more females follow their heart and do what they love, despite their gender, race, background, appearance etc, the more everyone will believe in themselves and will do the same. Boys and girls.

Q) Do you think music and wellbeing are connected? If so, how is this connected for you.

It’s most definitely connected. If I had to break it down, it’s vibration and energy, which is the foundation of everything! What music has done and continues to do for me ,I would struggle to explain, I’ve felt things and been to places that so far only music has taken me. From the experiences I‘ve had with music, I strongly believe it has huge powers for all of us. I know not every human is into music and I do think it’s possible to experience wellbeing without a passion for it and that’s ok too. There’s a lot of other stimuli out there and not everybody is the same, and that’s a great thing! But I think it has the power to heal and teach more people than may currently be aware.