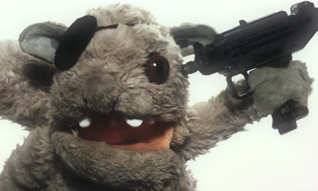 Oh no he di’n’t. Oh yes he did. El-P is baaack. Ok, you can tell I’m excited about this, but with good reason. El-P came to prominence as far back as ’93 with Company Flow, on what was once known as the godfather of independent labels – Rawkus.

You know Rawkus; the one-time-label of now full-time media monopoliser / phone hacker / Leveson enquiry manipulator James Murdoch of the Murdoch News Corp dynasty / infamy. That relationship soon turned sour, given what you might term as a ‘non-alignment of values’. But I digress.

To put it in simple terms: were MCs of El-P’s calibre to occupy the mainstream, 99 percent of the ‘rappers’ currently occupying said space in the musical stratosphere would be afraid to come out of their cubby holes.