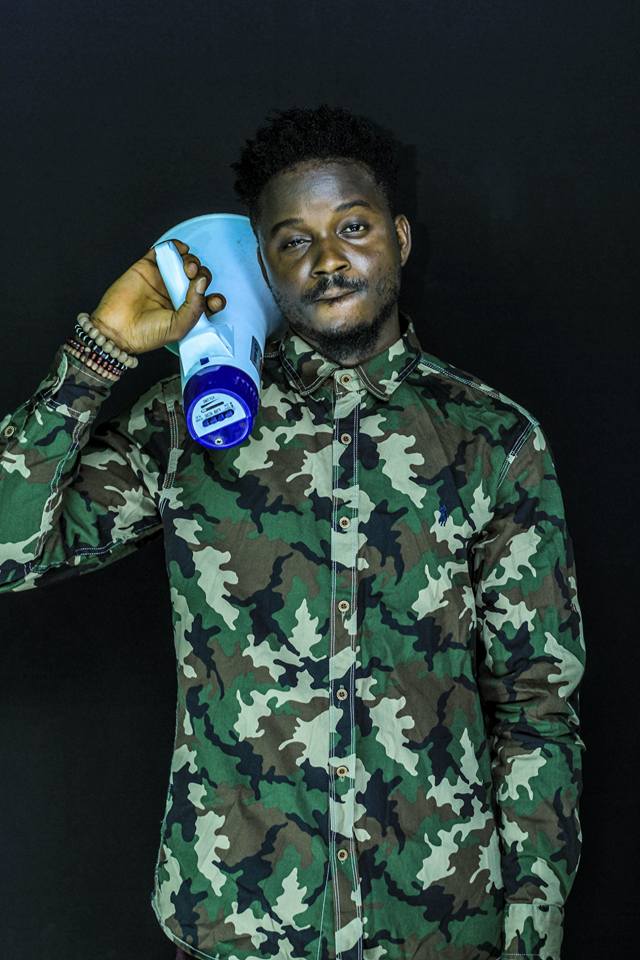 The aim was, and still is, to change the music industry.

It was seriously hot. Some of us had moved to the shaded part on the balcony of the City Hall in Lagos, overlooking a street crowded with colourful tricycles and sellers. We discussed collaboration opportunities, Accra versus Freetown, and a platform for African creatives to network and support each other.

By us I mean the 40 or so festival organisers who attended a three-part workshop in Nigeria earlier this year. Programmers, producers, managers, and experts from all over West Africa gathered to learn, collaborate and network – courtesy of the British Council.

I was lucky enough represent the Freetown Music Festival, a live event that started in Sierra Leone two years ago. The aim was, and still is, to change the music industry, polish up Sierra Leonean talent and amplify these gems by providing them with a world stage. As the artist manager, I am responsible for the entire creative line-up. A daunting task in an industry that has suffered vicious blows, leaving talent development and (inter) national exposure for local artists essentially untapped.

In the beginning of 2016 Sierra Leone had been declared Ebola-free and awoke from the forced slumber it had been in. Curfews, restricted public gatherings and a complete lock down hadn’t just halted the promising post-war economic development, it also crushed the entertainment industry.

For musicians, this was equally disastrous. No performances, no money; just hustling in a stifling economy.

The industry was in a slump. Not only were there limited platforms for musicians to perform; ticket fees were high – $2-5 a show, for annual incomes of $70 – making it inaccessible for ‘regular’ Sierra Leoneans. Also, most performances were pretty rough – and not in a street-smart kind of way. Playbacking was the norm.

This had to change. Ebola was gone, and the timing was right for the Freetown Music Festival to come into existence as a fully live event, with a 100% Sierra Leonean line-up to celebrate the country and its musicians. All this, and a roll call of quality performances that the Freetown audience wouldn’t have witnessed previously.

Now came the task of training musicians to perform live. However, most of the artists in the line-ups – even the most popular – couldn’t do this. They’d jump up and down on an empty stage, throwing wild gestures and crotch grabbing, without dropping a single real sound on the mic.

It’s not that the artists didn’t want to go live; they just didn’t know how. So, we offered the festival performers that we’d booked a 6-week, Freetown Uncut live training program at the Uncut Foundation. Slick musicianship, writing skills, recording, as well as a long view of international careers is at the heart of the foundation, which also operates Freetown Uncut Records, with Sierra Leone reggae and Afrobeat musician, Block Jones and vocalist Daniel Bangura as two popular artists signed to the label.

The training results were massive. The 2017 edition of the festival had over 9000 visitors – paying less than a dollar a head – spread over two days of live music madness on Lumley Beach – Sierra Leone’s popular city seafront. For too long, audiences had accepted miming from bands, as there was no real alternative. Put on a beat and Sierra Leoneans will dance. Add in a proper sound system, with artists rocking the stage and Sierra Leoneans will go wild. They went wild.

Progress is being made, but there are still a lot of pre-Ebola wounds that need tending. Before the country’s twelve-year war from 1991, Freetown used to be a hotspot for high life and afrobeat. This shattered during the conflict. Artists either fled over the border or stayed behind in a broken country where little to no effort was put into nurturing the arts.

Today there’s no art academy; only two small music schools (Kakua in Bo and Ballanta in Freetown) with barely any platforms for musicians to hone their craft or showcase their music. Within this cultural void, both Freetown Music Festival and Ma Dengn Festival are opportunities for musicians to develop. We will continue providing stages and training programmes for artists, with the support of like-minded organisations. Training programmes like the festival management series in Lagos, provide an excellent opportunity for West African platforms to grow, and this type of expansion will influence the Sierra Leonean music industry as well. Freetown is not Lagos or Accra, but we are trying our best to lift our sound to a higher level. We’ll definitely get there.

This commentary by Esther Aminata Kamara comes from a partnership between Let’s Be Brief and People’s Stories Project (PSP) – part of the British Council’s arts programme in sub-Saharan Africa. Click here for more info.