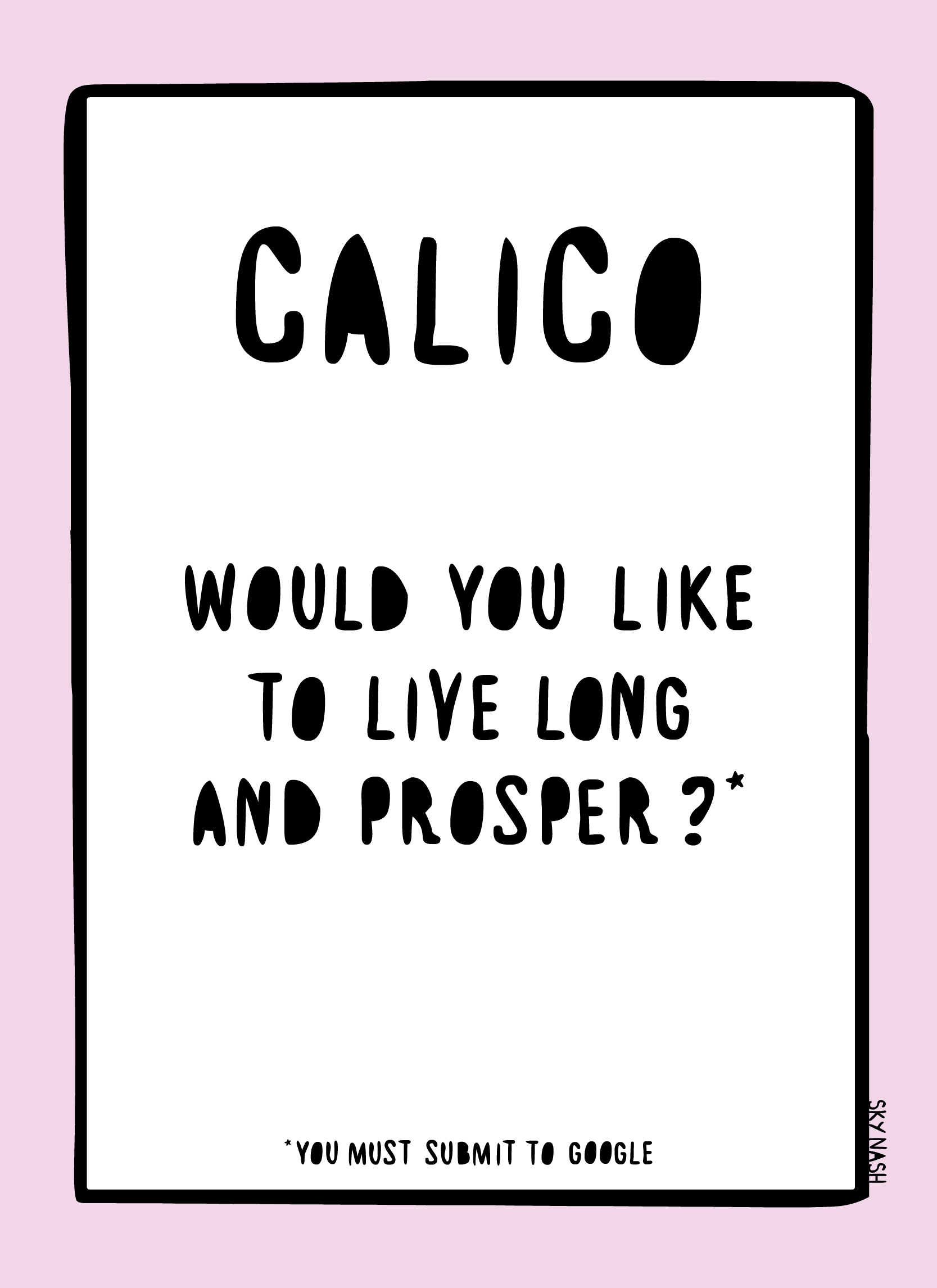 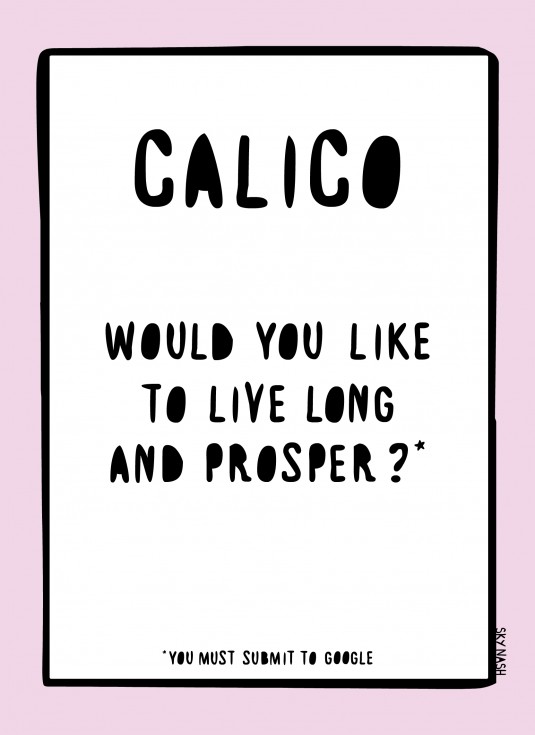 Utilizing the world’s leading minds and Google’s raw computational power, Calico promises to lift, correct and protect humans from aging. While Calico won’t target consumers just yet it will act as a research institute for the extension of human life. Curious about the company name? Well “Calico is an abbreviation for the “California Life Company,” but if you’re thinking about cats, we like the old saying that they have nine lives…” Levinson said.

Calico is backed by tens of millions of dollars in funding from Google corporate, promising to be the future of life itself. And while many have suspected Google’s plans for world domination (googleworlddomination.com) is nigh, no one expected the death of, well, death. It seems the worry over Gmail’s data collection policies has become trivial overnight. Today’s issue is the data collection of our DNA.

While concerns over the ownership of life extension may be imminent, Calico is a long way from defeating death. Still, never has such an exciting idea held so much promise or consequence. I guess we will just have to wait and see what the search engine yields. Don’t worry; it seems we have all the time in the world.

Illustration by The Keen Eye that is Sky Nash