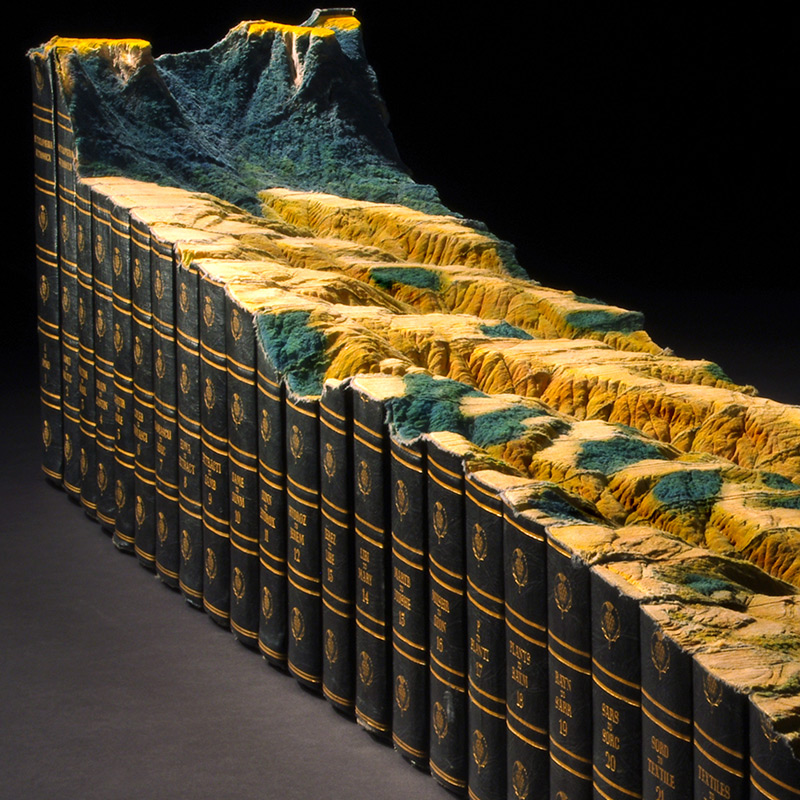 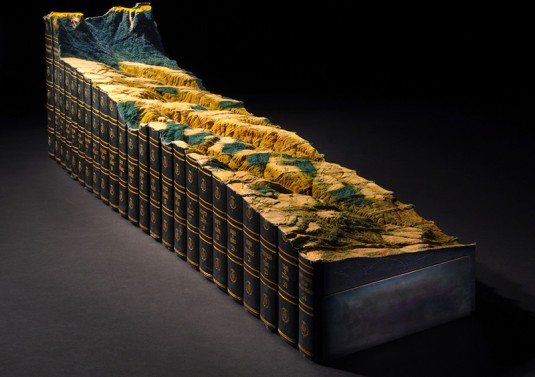 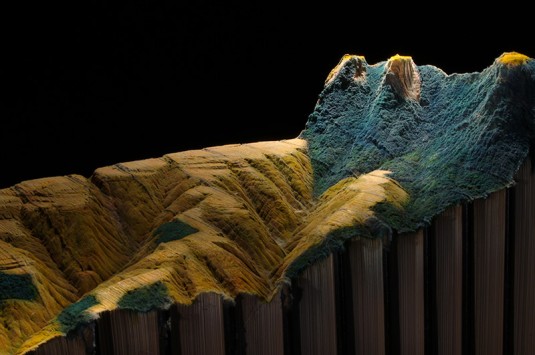 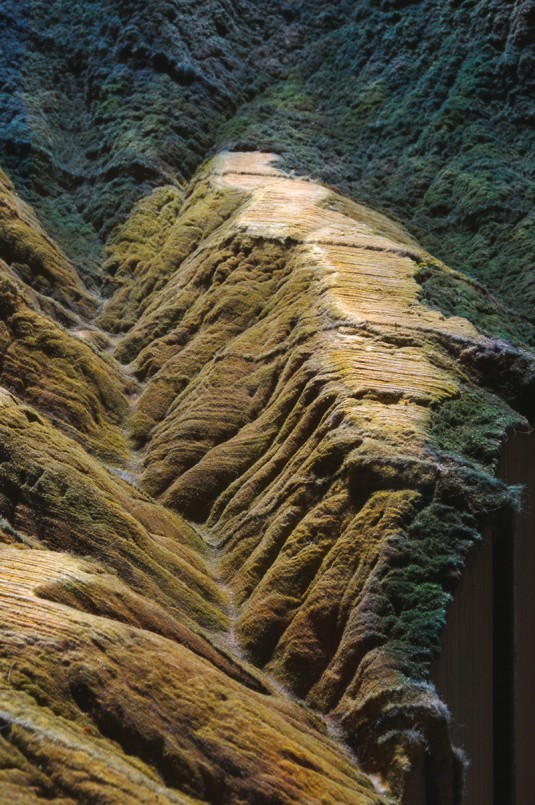 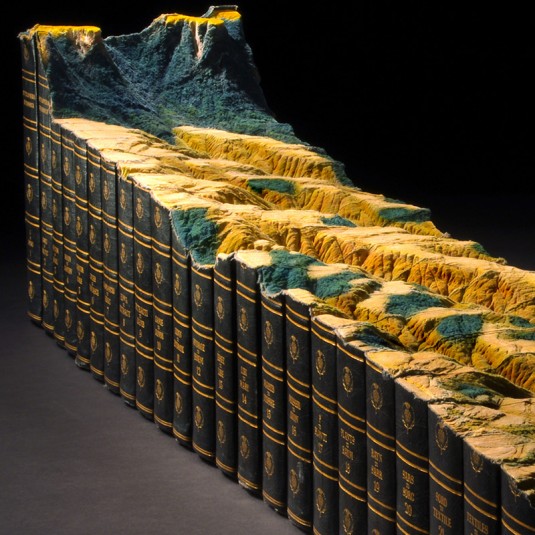 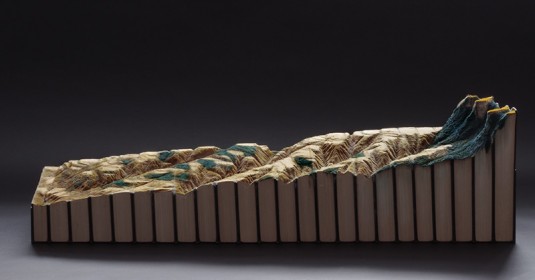 In 2010 Encyclopædia Britannica – originally founded in 1768 – published their final ever catalogue. To commemorate the occasion they released a 32 volume Commemorative Edition. Hand-bound in oxblood-red Moroccan leather with gilt-edging, embellished with hand-decorated 23 carat gold lettering, and with only 10 issues produced, the former bibles of ‘learning and knowledge’ were the very definition of scarcity economics. Each copy sold  for £9,999 a pop.

Marking the end of era, multi-disciplinary artist Guy Laramee recently carved a mountain-scape scene from an old collection of Britannica Encyclopaedias, named Adieu (French for goodbye). Laramee’s work focuses on the erosion of culture, and the notion of not ‘what’ we think but ‘that’ we think at all, believing that “ultimate knowledge could very well be an erosion instead of an accumulation.”

From this existential and intellectual viewpoint Laramee creates mountains of disused knowledge, literally. With the natural degradation of time, the beautifully carved paper mountains become hills and eventually fields; creating a physical manifestation of our knowledge dissipating into a “cloud of unknowing.”