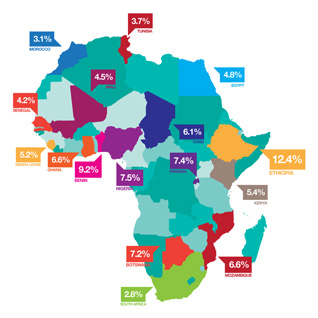 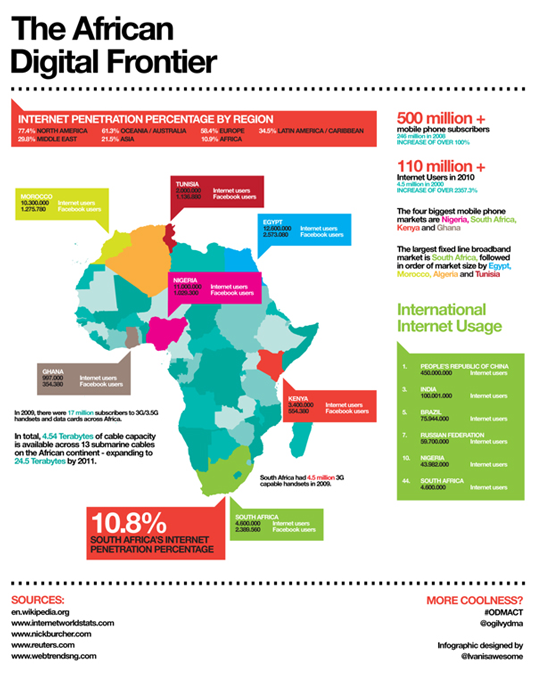 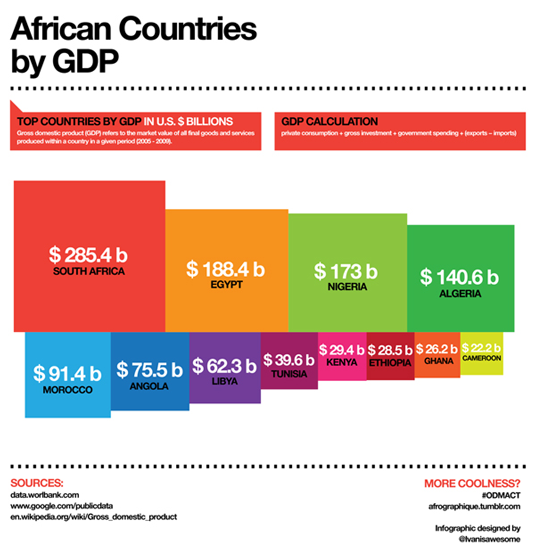 The world’s economic paradigm is shifting quicker than Lewis Hamilton in a Red Bull. Brazil has officially overtaken the UK to be the 6th largest economy and Africa is the new China.

The relatively recent growth of the African nations is based on rich commodity resources (but that’s nothing new), improved infrastructure and a generation of young folk wholly embracing technology.

However, the perception of change on the continent will be a tad slower. Decades of mediated images and reports of famine, war and dictators has left westerners with a single vision perspective.

Afrographique is a blog that consciously aims to change that through infographics based on economic and lifestyle data from the African continent. From countries broadband speeds, Co2 emissions to foreign investment in Africa. Created by Ivan Colic, an art director at Zoom Advertising Cape Town part of the Ogilvy and WPP group, is an interesting story in itself.

The repositioning of the African continent for the 21st century has only just begun. First step first though, and it’s an important one. Repeat after me; Africa is not a country.