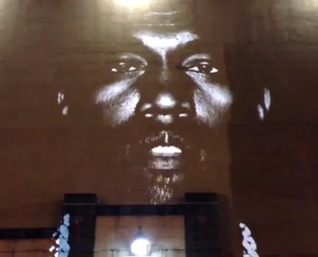 Every so often, interventions in the mass cultural narrative unsettle the tightly bound tectonic plates of institutional thinking. Those plates don’t have to move very far mind. Sometimes they come in the form of a seemingly humble interview. Profundity is often met with ridicule; generally by those who trade in the frivolous. Such an intervention came by way of musician Kanye West on Zane Lowe’s Radio 1 show, where a potentially inane interview became a Kanye West platform with purpose. For one hour, Lowe found himself in the midst of a brain storm he could never have predicted. Speaking of predictions, the slew of insults and put-downs by the very people Kanye spoke of with assurance in the interview were a 101 in prophetic outpourings. Radio 1 have taken the rather shrewd move to serialise the interview over the course of 4 days. As for Jimmy Kimmel, The Guardian, Vogue and every other media outlet whose hit rates will have gone through the roof off the back of an array of toothless retorts, Kanye West has proven a god send. Perhaps he is a god after all.]]>

One response to “Jimmy Kimmel :: (re)Kreation of Kanye West interview”