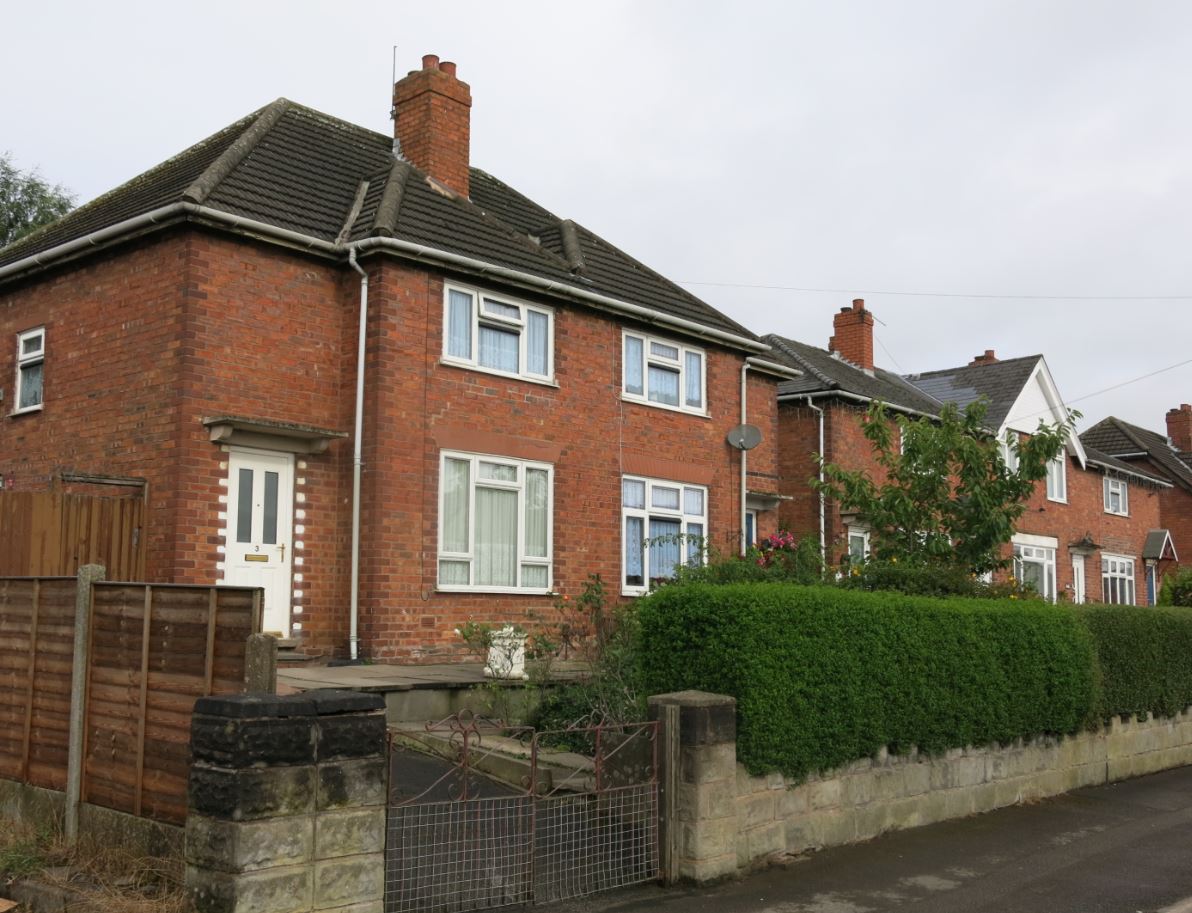 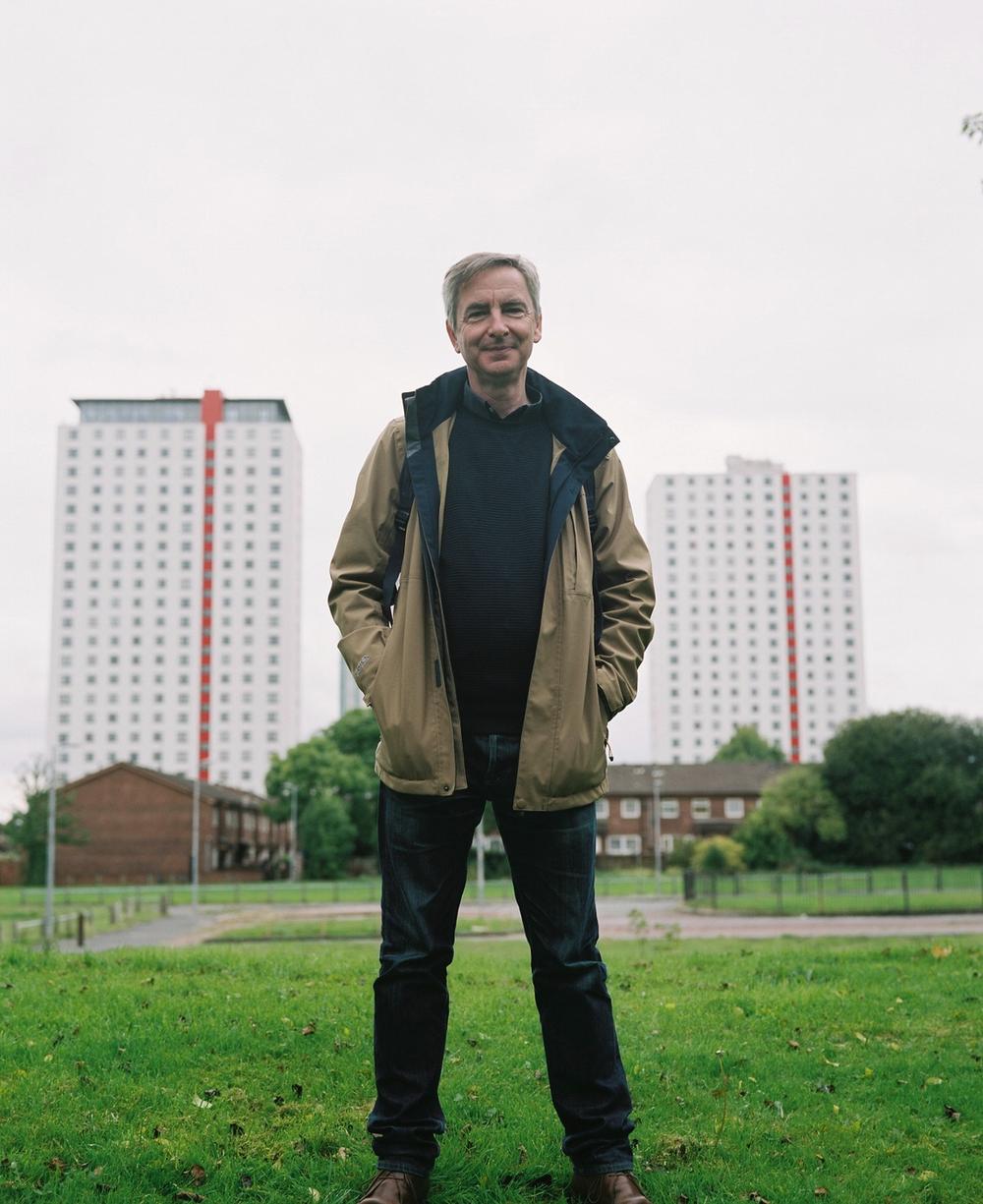 Over a third of the population lived in council homes at peak in the early 1980s. It’s a huge part of people’s lived experience and yet it’s a neglected history and too often a maligned one, dominated by stigmatising media stereotypes.

Tackling the under-supply of housing in England is a House of Commons briefing paper, published Sept 3 2018. The report states that the under supply of housing ‘can create housing needs which can result in increased levels of overcrowding, acute affordability issues, more young people living with their parents for longer periods, impaired labour mobility resulting in businesses finding it difficult to recruit and retain staff, and increased levels of homelessness’. In other words, what we all now commonly refer to as ‘the UK’s housing crisis’.

Coupled with perennial news headlines of inflated house prices and ‘steps on the housing ladder’, the current housing climate has been, in part, exacerbated by the year-on-year decline of investment in the building of council houses since the 1980s.

Social historian John Boughton, author of Municipal Dreams: the Rise and Fall of Council Housing, and blog Municipal Dreams, believes that ‘losing the dream of good housing has weakened our community and hurt its most vulnerable’. In his blog, John celebrates the early municipal reformers, and typifies why it is generally not a good idea to eradicate state investments in housing.

To find out more, we caught up with John to discuss generation rent, council houses and a common sense approach to end the UK housing crisis.

Q) What originally sparked your interest in social housing and why is it a subject that you think needs championing?

I’m a social historian by background. Over a third of the population lived in council homes at peak in the early 1980s. It’s a huge part of people’s lived experience and yet it’s a neglected history and too often a maligned one, dominated by stigmatising media stereotypes. It seemed important to me to tell a fuller and more positive story – not a rose-tinted view of the past but one that celebrated what council housing achieved whilst properly understanding and contextualising its failings. Given the current housing crisis, particularly in London and the south-east, I also wanted to put council housing – I have to call it social housing nowadays – back on the table as an essential element of any programme to meet our housing needs.

Q) In your own words, what do you think the ‘dream of good housing’ promises?

I use the word ‘decent’ a lot in the book. It might sound a little vague and, of course, standards change over time, but I think there’s been a long-running consensus on what it’s meant in practice. It means homes which are affordable, clean and healthy, safe and secure. From that common base, people can dream their own dreams. Some people wanted a garden; others loved the view from their tower block, but a decent home is the foundation for all that can follow.

Q) As your work touches on, social housing has had a conflicted narrative in British culture. Briefly, what have been the ‘competing ideologies [in the main] that have promoted state housing and condemned it’?

Well, the first thing to say is that there was for a very long time a shared belief across the political spectrum that council housing was a good thing. In 1953, a Conservative government built the highest number of council homes in a single year of any government ever – 229,000 in fact; a figure which makes our present ambitions look paltry by comparison.

That said, there have been important differences between the parties. Labour generally saw council housing as serving a wider cross-section of the population and generally favoured higher standards, never more so than when Nye Bevan was minister of housing in the post-Second World War Labour government. The Conservatives have usually thought of it as housing of last resort, housing for those who could aspire to or achieve no better. The free market would cater for most. That belief has been expressed most sharply since 1979 and was, to some extent, shared by New Labour. Nowadays, as the dream of owner occupation for all has faded, perhaps even the Tories are coming to recognise – in words more than deeds for the present – that social housing is a positive necessity.

Q) Modern social housing projects (20c) could be seen as social experiments as ‘design for the masses’ (e.g. Heygate Estate / Balfron). What critical factors do you think have hindered such projects from successfully working in reality?

I question the premise of the question which derives from the dominant, and critical, narrative that I challenge in the book. In nearly all cases, the mass public housing of the sixties – which provides the negative stereotype for social housing’s fiercest critics – delivered far superior homes to the unfit, often slum, housing from which most new residents moved. There was nothing ‘experimental’ about proper sanitation, central heating, increased space – the essentials of decent living in other words. Heygate residents campaigned against the loss of their homes; Balfron was popular with its early residents. Both estates ‘worked’ and could ‘work’ in the present though one has been razed and the other sold off to middle-class owner occupation.

Nevertheless, many blocks and estates did experience sometimes quite severe problems from the 1970s onwards. Sometimes, this was straightforwardly the result of poor construction, particularly in the case of system-built blocks built in the 1960s. Those initial flaws led to such housing becoming ‘hard to let’ and a social decline followed.

Many people have criticised the design of modernist estates, typically their lack of ‘defensible space’ and the crime and anti-social behaviour which allegedly followed. I am critical of this argument, not least for the very practical reason that estates of all kinds experienced difficulties from the mid-seventies – so-called ‘cottage estates’ of traditional two-storey housing as well as the modernist multi-storey blocks which became the critics’ bête noire.

What was the common factor? Deindustrialisation and mass unemployment. Long-standing and successful working-class communities had the heart ripped from them. At the same time, as Right to Buy decimated the council housing stock and new build was virtually halted, as new council tenancies were increasingly confined to the most vulnerable, a perfect storm of disadvantage ensued. A key argument of the book is that council estates were not the agents of society’s misfortunes but their victim.

Q) Are there any developments that you think have worked particularly well to serve as a model for social housing?

I think various forms have worked well over the years and each reflect changing context and values. The cottage estates of traditional housing have prospered when their people have prospered. Deck access estates, such as Park Hill in Sheffield, were often vibrant communities in their heyday. So long as the lifts worked, many residents liked their tower blocks. So, one element of the book is to suggest that we should be humble in our judgements and wary of imposing contemporary views freighted with hindsight.

That said, I do think the low-rise, high density estates of the 1970s – such as those in Camden and Lambeth – offer an interesting and positive model. There are some beautiful schemes in my home city of Norwich too. In many ways, these learnt from the more obvious missteps of the previous decade, not least by proving that we didn’t need to build high to provide housing at scale. Their intimate, high-quality, architect-designed homes and attractive environments remind us that social housing can be very good housing indeed.

Q) The Grenfell Tower tragedy has brought issues around social housing to the fore – in particular how tenants’ concerns are often not adhered to. Are market forces just too dominant for the social housing model ever to work in the UK? What steps could be taken to ensure it still has a future?

The marginalisation of resident voices brought terrible consequences to the people of Grenfell. Beyond that, in my opinion, lies an arguably even bigger story – of deregulation and the retreat of the state. Building controls have been gutted by Conservative administrations since 1979. Their ‘bonfire of red tape’ killed 72 people. We’ll learn more as the Inquiry unfolds but some lessons seem obvious already. A profit-driven, cost-cutting free market can never put the real needs and interests of ordinary people first. If any good can come from the awful tragedy of Grenfell, I hope it will be a shared understanding that we need both to empower residents and to strengthen state supervision of building standards.

We must defend the social housing we have and build far more if London is to thrive and serve all its people.

Q) Regeneration is a contentious issue for communities globally and particularly London, with many developments only allotting a small percentage to social housing / ‘affordable housing’. What impact do you think this will eventually have on London as a city – economically / culturally – in the future?

The reliance on public-private partnerships and the requirement to guarantee private developer profits through market sales and shared ownership are leading to what many have called ‘state-sponsored gentrification’ or even ‘social cleansing’. This is emotive language but the fact remains that in virtually all new regeneration schemes the amount of social rent homes is reduced and, in many cases, established residents are required to move. So-called ‘affordable housing’ – at 80 percent of market rents – is anything but to most people in London and the south-east. In the demolished Heygate Estate, which you mentioned, of the estate’s 1,034 households formerly renting from the council, only 216 remain in the local SE17 postcode.

The injustice here to established residents and the threat to London’s wider community is obvious. London’s strength is its ethnic and social diversity. Even in crude economic terms, it needs its lower paid workers to function. We must fight for the ‘right to the city’ – the right of everyone to a decent, affordable home near to their place of work and near to friends and family. Practically, social housing is essential to this. We must defend the social housing we have and build far more if London to thrive and serve all its people.

Q) With the current UK housing crisis, the actuality of owning a home – for many – will not be achievable. Do you think that this shift in culture will have an impact on how we view / approach social housing in the future?

Yes, I do think we may be at a tipping point in this regard. Home ownership is a pipe dream for many in Generation Rent and the number of middle-aged people in privately rented accommodation has doubled in a decade. Council housing – social housing – was for most of its lifetime aspirational housing, a step up for its new residents, far superior to anything they had known before. In many ways, particularly for low-income people, it is again in providing the decent, secure and affordable accommodation that the private rented sector can’t.

Both opposition parties are committed to a substantial programme of social house building. The latest Conservative Green Paper has made encouraging noises but it’s unclear how significant this will be in real terms and, meanwhile, their obsession with owner occupation remains. Far more is being paid to support Help to Buy than to provide new social housing.

Public opinion is substantially in favour of a major social house building programme but the electoral politics remain fraught and overshadowed by Brexit. Ideologically, we need to get back to the understanding that expenditure on housing (and public services more broadly for that matter) is investment. Construction loans are repaid, rents cover costs and, in the longer term, social homes are income generating assets. That they are a life-enhancing, sometimes a life-saving, asset to those who live in them should go without saying.