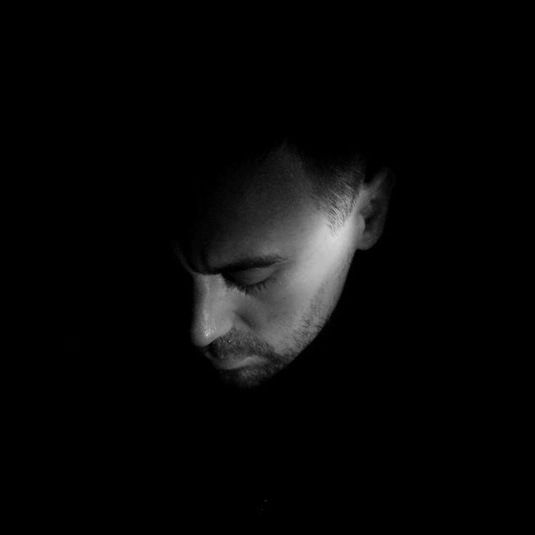 At LBB we believe pigeon holes are for pigeons. The closest you’ll get to a pigeon hole with John LaMonica is perhaps Thom Yorke, who in himself is notoriously hard to pigeon hole. If your head and neck are still attached after listening to Characteristics, then John’s new EP provides a plethora of treats that are suitably difficult to surmise.

We discover what makes this well travelled musician and songwriter tick. Prepare for the rise of the Machines.

Q) Tell us about John LaMonica.
My name is John, I’m a musician and songwriter. I live in Berlin where I write and produce for myself and others. I sing on a number of projects including my own solo project. I moved here from the midwest where I worked as a bartender and a DJ and adopted my Boston Terrier, Waffle (who is snoring next to me on the couch while I write this).

Q) What strikes me initially with Machines is the artwork – first impressions and all that. Expand upon the concept if you will.
This was just an example of serendipity I suppose. I was on Skype with my friend Colin, who’s working on his masters at the University of Kansas, and he told me he was working on this art project, which incorporated repeating emojis. I think when he was describing it I was imagining smiley faces and thumbs up symbols but it wasn’t that at all. When he showed them to me, it was that light bulb going off kind of a moment. I had only just decided to name my EP “Machines” and I love really odd artwork, more than the usual Photoshop or photography-based covers. Plus this makes me laugh quite a bit.

If you really want dig into it, it feels relevant to me because the same code that tells your handheld device to show an emoji will in 5 years most likely have a ‘new yet same-y’ emoji which is familiar enough to be non-threatening but new enough to add to the newness of that brand new thing/device which you are being encouraged to buy. That’s pretty much the point of the title of the EP. Machines are indispensible to home recording and as they change, or in my case revolt, the art we make will change for better or worse. It’s possible I would not have titled it “Machines” if my hard drive hadn’t destroyed the rest of the songs I had been recording. So it’s kind of a personal thing as well, I guess.

Q) The artwork / concept seems to comment on our common relationship with technology. Or is it how our relationship with technology in turn influences relationships with one another as sentient beings. Oh what do we know; you tell us.
I’m not the sharpest tool in the shed nor am I the most well-read of my friends but I always liked Burroughs’ word virus idea. Maybe I see it less literally and more metaphorically that these machines are an extension of our mind’s need to work faster in order to carry out the evolutionary imperative or maybe in a dystopian way to do away with us altogether as we are the slower, hyper-sensitive little brother to the minds uncaring, efficient omnipresence.

In a similar way I find that all the musical work I have done on/in the computer has no choice but to be influenced by the recording interface, tactile relationship to the devices used and GUI. After the second instance of a very painful loss of years of work at the hands of these machines I was and am acutely aware of how handicapped I am by my dependence on them for creative work.

There’s also this lyric which I actually removed from one of the songs on the EP which was about humans being seemingly simple but actually very complex organic machines. It’s hard to sing that stuff in a pop song and not sound pretentious so I decided to edit the lyric out but it’s a thought that’s always buzzing around inside my head.

Q) ‘Characteristics’ seemingly stems from very thoughtful origins. You obviously paid attention in Chemistry class. How was this track conceived, and how did you produce those very big drums?
I remember reading about how there have been new elements added to the periodic table since my time in school. Maybe this is common knowledge but it was news to me. There was also quite a bit in the news about the Large Hadron Collider and the Higgs Boson, which I find interesting. I often imagined writing a story-song that compared certain elements to the acts of sex, infidelity, birth, death and altering your consciousness with hallucinogens. I suppose that was the start of that one. The drums’ sound are a mixture of a drum synth being filtered aggressively and the filter envelope being triggered using other percussion from the song. It gave the drums this wobbly pressure I liked a lot, but it was all a happy accident. I can’t reproduce it now because I don’t remember how I did it. There are live drums in there as well, played by my friend Alex Bhore.

Q) ‘Ghost’ is a down-tempo affair. How do you make decisions on things like tempo change when constructing a body of work?
Well, I’m a sap and I like sad music :). I have to make slow songs because without them I don’t feel I express myself completely. I am not like a high-energy guy, I like to chill – a lot. It’s not really a conscious decision though, I always try to let the song write itself. Seen from a DJ’ing perspective, tempo is quite important so you must choose a tempo, possibly first, before writing the track. As a songwriter it’s almost the opposite for me and I don’t feel chained to tempo so much. I just follow my gut. I frequently write songs just after waking up as there’s quite often a melody playing in my dreams. It’s funny you ask that though because I write a lot of slower tracks and I rarely get to play these songs live, especially as a support act. It depends on the crowd and I tend to go a lot harder when I play live.

Q) ‘Ntrnl’ is a very ‘visual’ soundscape. What picture, if any, were you trying to paint in the making of it?
Have you seen that movie Zabriskie Point? Sort of like that. Or a desert landscape at dawn with elements of “El Topo” – less of the desert wasteland aspect and more the vastness of wide-open spaces in the quiet moments where you get that sense of the epicness and unconquered dominance of nature. I mostly wanted it to be beautiful.

Q) ‘Sink or Swim’ is a real sonic barrage, yet in amidst those layers of sound there’s a real consideration for the craft of song writing. How do you balance the boom-bap with the subtleties of word play?
This song, it’s been with me for a long time. I’ve worked on it over and over. Sometimes with other musicians and other times reworking it from scratch. The juxtaposition is what drives me to keep revising it. I feel like the song structure is very traditional and the lyrics are quite honest and intentionally so. Though in my everyday life I rarely listen to pop music because of these same elements I just described. I tried to be more adventurous with it hoping it would represent me more in the production aspect. The overall aggressiveness of the sounds and glitches create a tension that I don’t think is common in pop songs. I don’t assume you will hear this one on the radio anytime soon but I like it. It’s electronic pop for the scatterbrained, like me.

Q) You’ve performed at the much-famed Boiler Room. How do you describe your live set-up?
At Boiler Room, I was there performing with Robot Koch, who is also the creator of our Robots Don’t Sleep project. I was there basically to sing the songs we had done together on his album. I will say that as a singer, Boiler Room is crazy. You know, you’re up there, live feed, no BS, plugged into the mixer and you’ve just gotta go for it. You would think that’s how all live shows are but really, for us, there was no audience in front to play to, just a camera. It was like doing a live set for ustream and having friends hang out in your living room while doing it.

When I play live as a solo act it’s just me, my laptop with either Ableton or Traktor, and a few machines including a mono-synth and an external sampler. I try to keep it interesting, approaching it as sort of a 50/50 mix of instrumental tracks and live performance with vocals.

Q) What’s next?
Lots of good things. My collaboration with Rumpistol is going to get an official release, complete with remixes. I am working right now with Sieren and we are pumped about it. We’ve discussed self-releasing it to keep the momentum going and get it out there rather than wait for a label to do it, but it all depends on interest among other things. I’ve got a couple videos for tracks on the Machines EP as well, which I haven’t shared yet but which are imminent.

Eventually, I want to release another full length. Also, touring some with Robots Don’t Sleep to support the album which comes out in the fall here in Germany. A bunch of other stuff I can’t mention but will hopefully get to announce soon.