Kirsty Styles :: Will I be pretty, will I be rich? 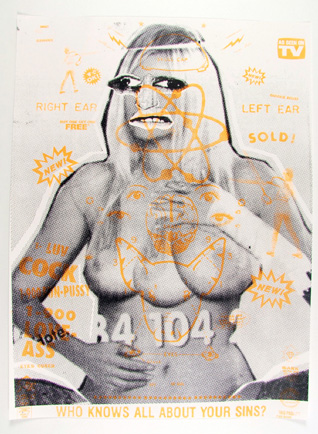 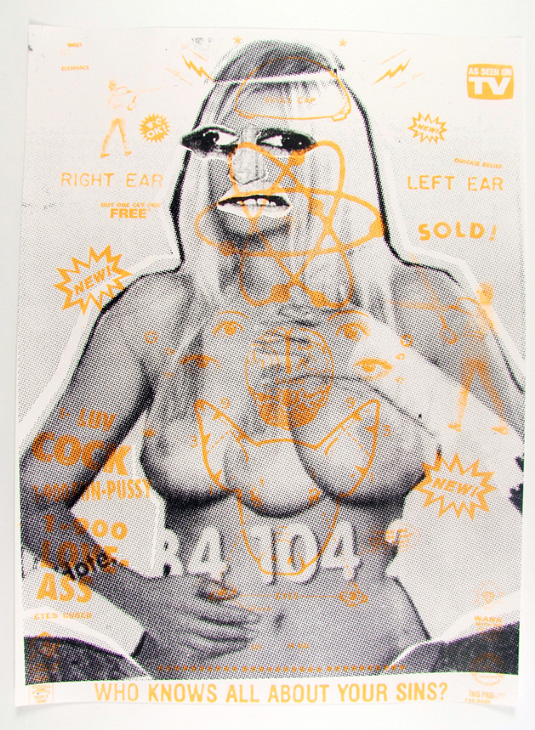 If, like me, you aren’t wealthy or sexy, last week really wasn’t your week. But when is it ever your week? That’s why fashion and adverts were created right? Shoulda, woulda, coulda etc etc etc.

While you’re checking your back fat in the mirror I know your mind has been wandering back to the inevitable question… “WHO IS BRITAIN’S SEXIST WOMAN?

Worry not. It’s Sexy Week at The Sun. Which means our British beauties have been adorning the paper’s pages for your perusal. “Britain has indeed Got Talent – just look at those endless legs!” the piece assures us when commenting on pop idol and BGT on Ice judge Alesha Dixon. Does Arctic Monkey gf 34B Katie tickle your fancy, or good old blonde Rhian Sugden, 26? Both were huge hits on Page 3, if that helps clarify your thoughts. Whose assets do you most admire? With your crucial decision made, you can pop along and vote for your Brittiest Brit on The Sun’s website.

Yet you can’t vote for your Brittiest man, lest he feel ogled and ashamed like the first in the queue at the wedding buffet. Rather unfair I hear you say. Fortunately another ‘who’s who’ went live recently, the Sunday Time’s Brit Rich List. Unfortunately, this is less of a democratic, participatory process, more of a cold hard numbers game. But if you have a penchant for unattractive, older gentlemen, this is your lucky day. STOP PRESS. BALD AGING MAN HAS MORE MONEY THAN YOU.

The top 10 is notably absent of women, much like most who’s whos as we calmly demonstrate our way through the glass ceiling, a former Miss UK makes it in at number nine with her monied hubby. And another rounds of the shortlist along with Mr Rich having both inherited her father’s Heineken fortune. I’m sure he loved her for her great sense of humour and not all the money and free booze. Unlike The Sun’s list, just one of the top 10 rich Britons is British born. And they’re all pretty not-sexy; apart from their wallets.

The Queen (wealthy winner of the Rich List when it started in 1989) isn’t a noted GILF, so she hasn’t even made the shortlist of 50 British fitties. She even slipped down the wealth rankings when they decided not to count her land. Coz as her loyal subjects we really own all her land and can run rabid at Buckingham Palace just like Prince Harry. Wait…

So do you fancy yourself as a regular Billie Piper in a cocktail glass (see image) or are you and your brother just dying to be the next Sri and Gopi Hinduja? They’re billionaire exporters, if you’re into that… Well here’s the disheartening bit.

The BBC notes that in 1989 you would have needed wealth of £30m (about £65m today) to make it into the Rich List’s top 200. Last year, to get into that same 200, you would have needed £450m. In 1989 the wealth of the top 200 amounted to £38bn. Last year it added up to £289bn. And you actually have to be ‘sexy’ to get into the Sexy Week list. While mere mortals can only learn from Gok Wan one series at a time, it actually turns out that having a bit of dollar isn’t too bad for getting into the fit list either. There’s a Jagger on both. Handy if you’ve got genes like Jagger; less so if you can’t quite afford Jagger’s jeans.

The moral of the story…? Wealth doesn’t guarantee attractiveness, but it can’t hurt. And being hot might make you a bit rich, à la Knightley and Middleton, but you might have to suffer loads of blokes – and even women – staring and judging you for the rest of your life.

Just remember, many studies have shown, that there is no direct link between wealth and happiness. Yes, that is probably just what a poor and unattractive person would say.