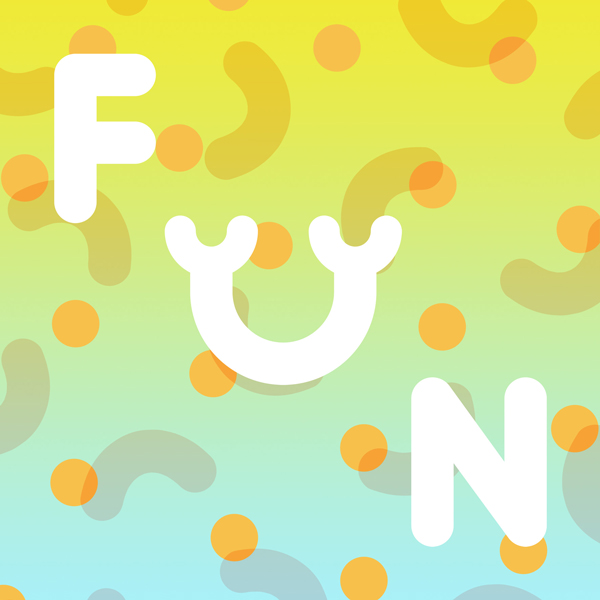 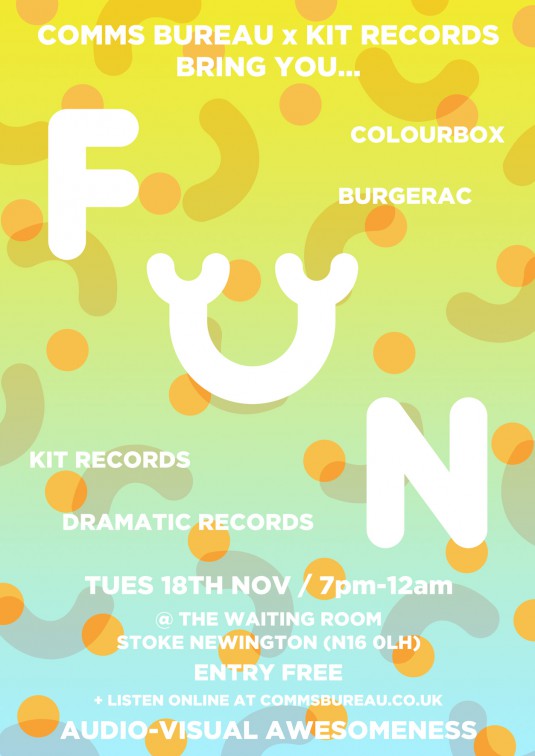 Richard Greenan and Sarah Tanat-Jones are Kit Records: an exploration of boundary-pushing music (of any age) through weekly mixtapes, interviews and articles. As ardent collaborators, it’s perhaps not surprising that they’re always up for that ‘strength in numbers flex – which is why they’ve teamed with Comms Beareau to have some FUN on Tuesday 18 November: a free evening of music, art and the unexpected.

We caught up with Richard to talk about drinking pints, but more importantly, what can happen after those pints have been downed. We’re talking good clean fun of course, so on with the interview:

Q) How does the Kit Records collaboration work?
I writes the words, Sarah paints the pictures! That’s essentially it, but as time goes on our roles have blurred a little. Sarah’s been spending more time at NTS Radio lately, helping with live sessions and presenting our show. I’ve also enjoyed acquainting myself with the print studio, learning how linocut works and getting my hands covered in ink.

As a duo we’re quite effective at wangling ourselves into strange situations and meeting amazing artists. Our love of music holds it together. We have different tastes and approaches, which helps to cross-pollinate and keep things varied.

Q) How did you come to collaborate with Comms Bureau?
We first met Joe Rogers at Pick Me Up over the Summer, where he was running the Comms Bureau project. It was clearly the best thing at the festival. Walking into that room felt like I’d slipped into some crazy alternate universe – part fantasy record shop, part gallery, part radio station. After that, Joe took part in the Kit Records mix series, and decided to make the move back to London. Over a few pints we started chatting about collaborating on the next Comms Bureau project.

Q) What was the inspiration behind setting up your new night? What was the perceived need?
We’d spent the last year or so putting on a series of music nights in London called Kit Club. Our pals who run the awesome Scottish label Lost Map were a big inspiration, and Kit Club aimed to foster a similar friendly community of artists, musicians and writers – something perhaps lacking in the capital. FUN will progress this, but in a more experimental format.

We love creating visual art as well as music, and there perhaps aren’t enough club nights that explore the point at which the two meet. Working with NTS Radio has also been massively inspirational, and the idea of FUN being available for people at home is really appealing. Comms Bureau came along at just the right time, and somehow brings together all of these elements.

Q) What can folks expect from FUN? How can they get involved on the night?
If all goes to plan, FUN should act like a conduit for audio-visual stuff. For each event we’ll invite a new set of artists to express themselves visually and sonically, however they want. You just have to listen back to Joe’s archive from Pick Me Up to hear some of the amazing things that went down last time. Think vinyl, live performances, illustration, talks, workshops.

We’re also giving away goodie bags and providing art materials so that everyone can get involved and have FUN. I realise this might all sound quite nebulous. The truth is, we don’t really know what to expect ourselves.. and that’s what makes it exciting

Q) And why is it important for creative types to have FUN?
It’s important for creatives to have FUN because half the time we’re stuck behind computers and the other half we’re in the pub spending money we don’t have on fancy craft beers, when secretly we probably want to be making things. Well, this is a way of getting out, meeting like minded weirdos, and getting to make stuff as a group – with the bonus inclusion of beer, should you want some after all.