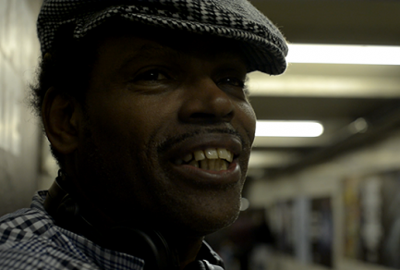 It was a hot summer’s day in Kingston Jamaica, when I chanced upon an elderly gentleman sitting on a street-side bench. Blessed with both the gift of song and rhythm courtesy of a worn walking stick, this same gentleman sang a song that was both old and new.

You could call it timeless, though he kept perfect timing. Being the nosey bugger that I am, I stopped to ask a few questions. Turns out that the said gentleman used to play with legendary singer-songwriter-producer Prince Buster. As things stood, the greying gentleman on the bench was a talent now deemed unworthy of a passing glance by the majority of folks passing by.

That day was Saturday 24 February, which so happened to be my birthday. And while I nearly died that evening from an asthma attack* (no, really), this chance passing represented my second biggest gift (aside from life itself): a gift that Ralf Schmerberg – director of Red Bull Music Academy’s What Difference Does It Make? – will no doubt be able to relate to (the chance passing, not the near death experience).

Street musician Leroy Webb will have seen to that, because for all of the 94 minutes of beautifully crafted narrative, these are the four minutes that really count. Well this and Lee Scratch Perry’s quote about vegetables.

It is with the greatest sense of irony that a documentary about the exposure of ‘the artist’ is punctuated by an artist who has had none. Whilst the anonymous talents of Leroy Webb and Kalaparusha McIntyre provide the back-bone for Red Bull Music Academy’s cultural cache, it’s the marginalisation of such talent that epitomises the unacceptable by-product of wider forms of cultural commodification.

Webb’s compulsion to detach himself from the perils of the music industry draws into question the very nature of an industry that allegedly trades in cultural authenticity.

Yes, there a hundreds-thousands fortunate enough to walk through a subway each day, but this is not enough. While Leroy well argue that point in song, the preservation of sanity should not require the shelter of a subway or a park bench in Kingston Town.

What Difference Does It Make? It means everything. Absolutely everything.