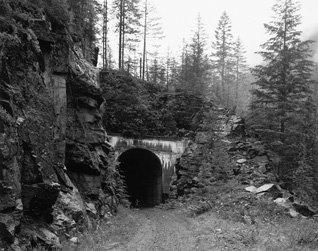 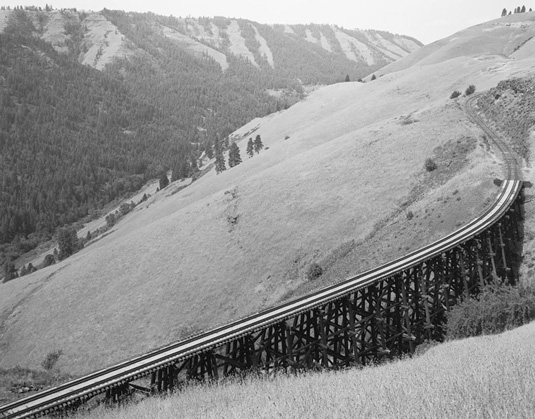 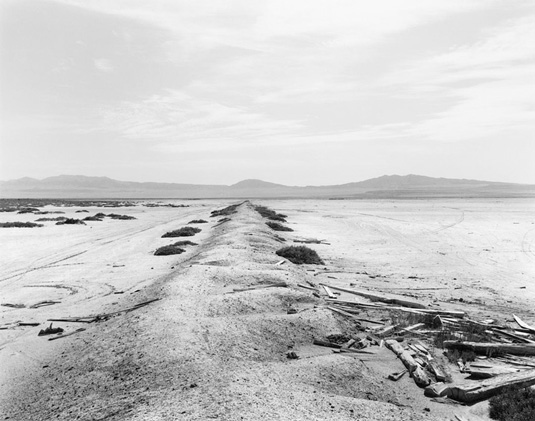 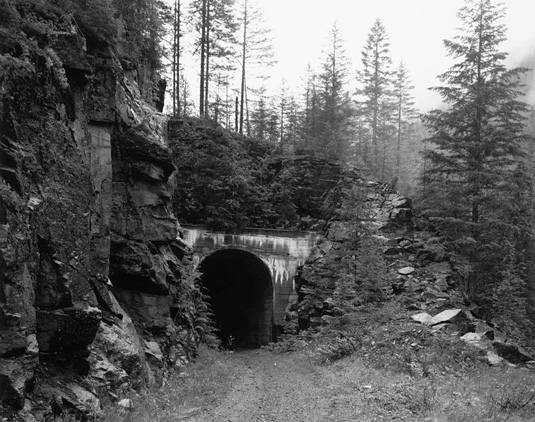 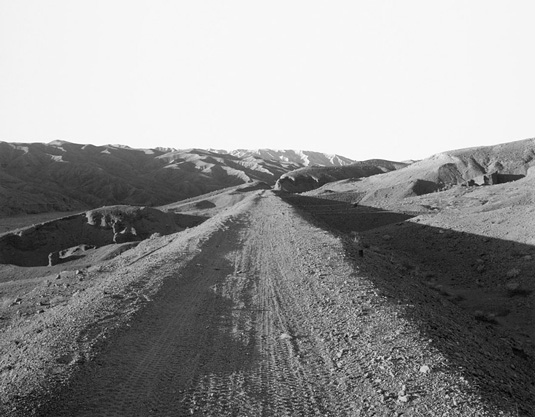 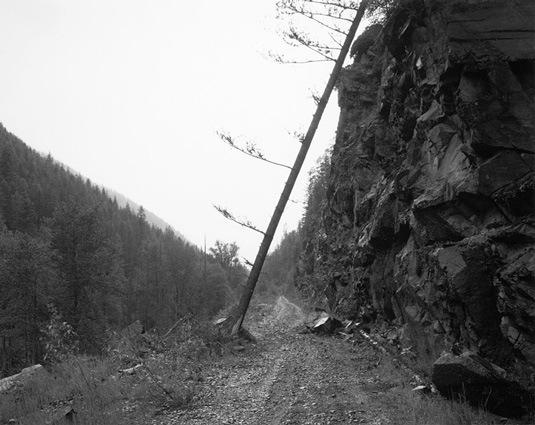 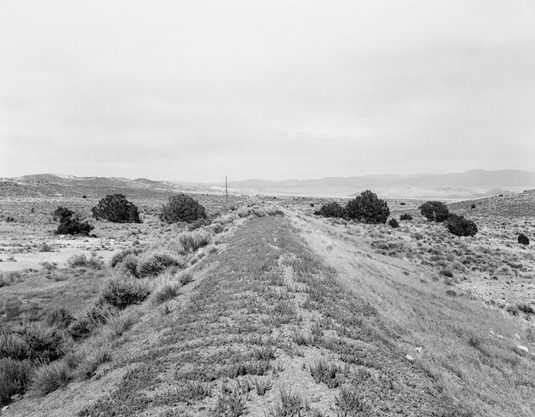 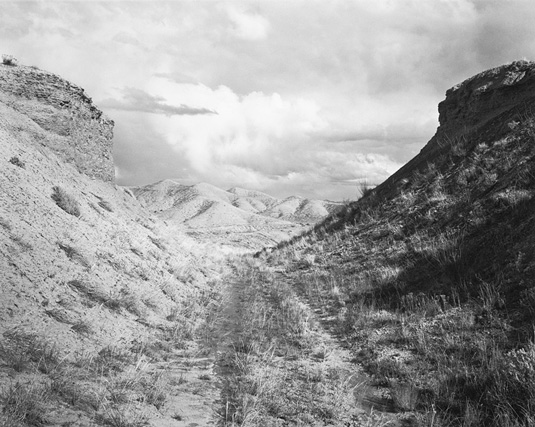 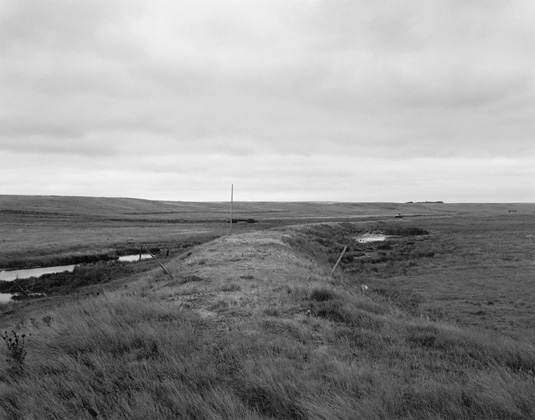 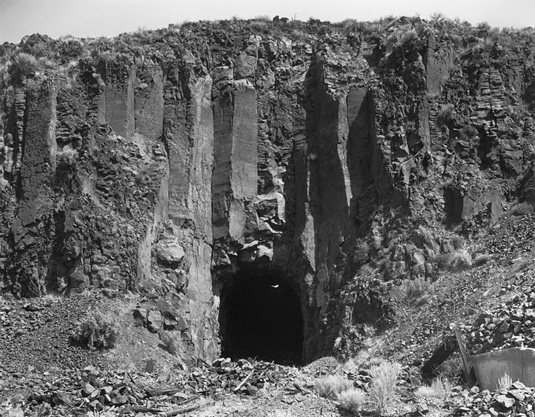 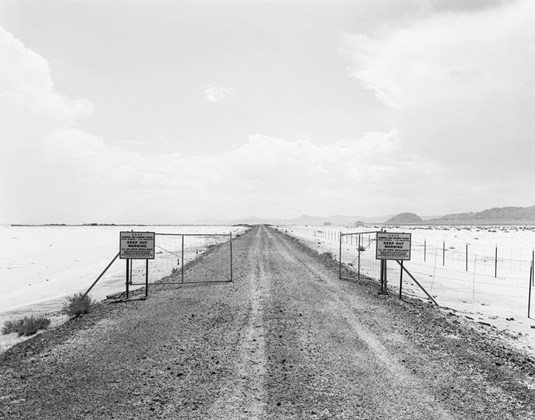 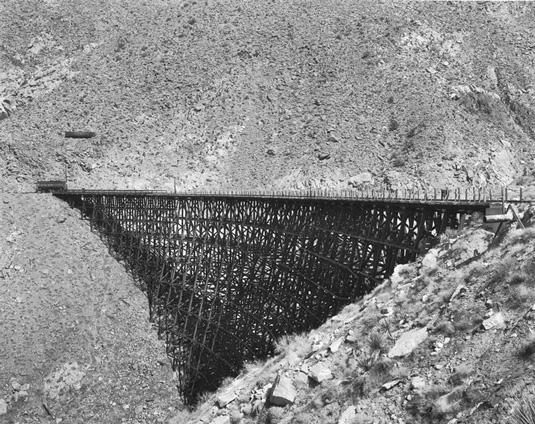 “Obama is against Christianity. He doesn’t seem to realise that we’re a people and a nation built under God.” – Undisclosed woman in conversation with Mark Mardell in Colorado for BBC World Service, 2013

At the end of the Civil war in 1865, there were 35,085 miles of operable railroad track in the United States. Within eight years, that number had doubled. Mark Ruwedel’s collection of seventy-five gelatin silver prints shot over the course of seventeen years – and containing any number of impressive subtleties – tell a story as much of exploitation as they do industrial expansionism.

In 1845, columnist and editor John L O’Sullivan argued in The United States Democratic Review that for American settlers, the U.S. was “the fulfilment of our Manifest Destiny to overspread the continent allotted by Providence for the free development of our yearly multiplying millions,” and that: “We are the nation of progress, of individual freedom, of universal enfranchisement.”

Manifest Destiny provided the tone for the largest single acquisition of U.S. territory — a marketing construct swathed in religious fervour. Great if you were a European settler, but not so good if you were Dakota Sioux.

The mural Westward the Course of Empire Takes Its Way, created in 1861 by German-American painter Emanuel Gottlieb Leutze, is displayed behind the western staircase of the House of Representatives chamber in the United States Capitol Building. The painting symbolizes O’Sullivan’s belief that the US was a chosen land that had been allotted the entire North American continent by God. And as with many forms of genuine power and authority, the relative anonymity of the painting in no way diminishes its wider social influence.

This narrative of divinely ordained expansionism has continued to mark the course of American history, providing Americans then and since with a valid means of legitimizing the myth of empire. The very idea of the American Dream – whilst remaining an elusive ideal for the vast majority of Americans – stands alongside the narratives of Manifest Destiny and Westward The Course of Empire as some of the most ingenious and manipulative forms of aspirational rhetoric ever conceived.

Be it the nigh-on annihilation of North America’s indigenous peoples, Britain’s industrial revolution, or the trickle-down wealth of King Leopold’s Congolese breadbasket, the mass industrialization of the ‘West’ has always had an inextricable link with the blood of an inconvenient ‘other’. With new roads and infrastructure high on the modern American national agenda, Ruwedel’s Western landscapes remind us that even with the cards stacked in the favour of lawmakers and those with guns, to build is one thing, but to sustain is another proposition altogether.

In days gone by, British steam engine pioneers Thomas Newcomen and James Watt could rely on slavery and the proceeds of sugar cane production to help facilitate an unprecedented period of colonial expansion. However, contemporary ‘home-grown’ infrastructure building now requires an educated, dedicated yet compliant workforce. For both the UK and the US, it can be argued that these requirements are in relatively short supply. Hence why the once westward course of empire continues to head east.