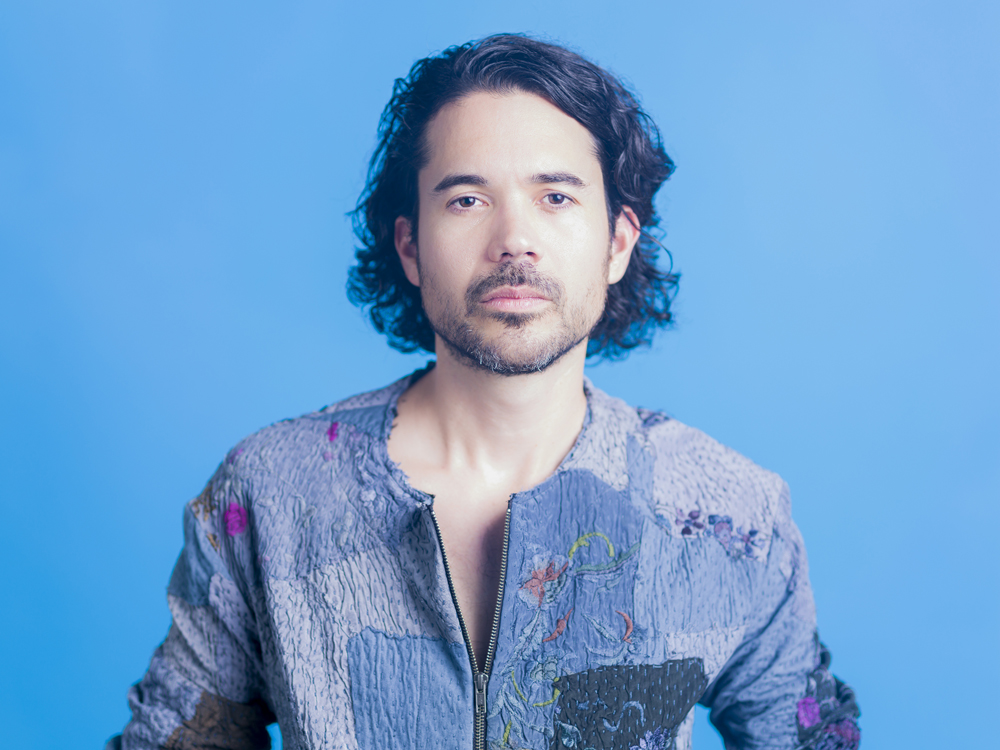 We are of an age that bridges a gap between the days before the internet and the generations raised on screens. I think this helps keep us somewhat in the right place culturally.

Artist, Producer, DJ, Matthew Dear, walks to the beat of his own drum. As Audion, False and Jabberjaw, a distinctive approach to creativity has allowed Dear to experiment with sound and aesthetics under an array of musical aliases spanning a 20 year career.

As co-founder of innovative record label Ghostly International, Dear has worked alongside Sam Valenti to accumulate one of the most forward thinking artist rosters in the electronic world—a list including Fort Romeo, Tycho, Com Truise & Gold Panda to name a few.

Other extra curricular activities include lecturing at the University of Michigan School of Music, winning a Cannes Lion Award in 2016 with Microsoft for an interactive music installation, to producing a technologically inspired field recording sampling thousands of General Electric machines – from turbines to medical equipment – to produce music experiment, ‘Drop Science’.

We caught up with Matthew to learn more about his creative approach, a long awaited new album Bunny, the impact of machine learning and the role of his record label – Ghostly.

Q) Firstly, Congrats on Bunny! How did the album manifest?

Thank you! It took about 6 years. Basically, a compendium of my life’s anecdotes since the last album amidst having kids and moving back to Ann Arbor, Michigan.

Q) How did you find your own voice with music initially? Where did you draw upon for inspiration?

Well, in the beginning it’s just the way I sound. But there are definite moments where I may have absorbed inspiration by listening to people I really find intriguing. Over the years those have been artists like Townes Van Zandt, Panda Bear, Gary Numan, Brian Eno’s voice.

Q) Can you tell us a little about Ghostly International, the ethos behind it and if you have a purpose as such for the label?

Ghostly is the first label I ever released on, and will most likely be the last. I met Sam Valenti in college and he shared with me his dreams of starting record label. Luckily, we became steadfast friends and I shared all of my music with him from the very beginning. The label has always been his baby, and I have little to do with the day to day business, but we are always connected on the back end of things.

Q) How do you think your music / Ghostly has played a wider role in culture, society and politics?

We are of an age that bridges a gap between the days before the internet and the generations raised on screens. I think this helps keep us somewhat in the right place culturally. I don’t write music for kids, but I hope I’m not too much of an alien yet in their eyes.

It’s never an overt signal directed toward anyone. I’m curious what my kids will think, but I don’t alter my music for them.

Q) Do you think about context when creating music?

Ultimately, I make music for myself. The starting point is always me, in front of some music making device trying to entertain myself by creatively passing time. This isn’t to say ideas manifest afterward, and evolve into songs that might make me think of something in particular. But, it’s never an overt signal directed toward anyone. I’m curious what my kids will think, but I don’t alter my music for them.

Q) What’s your creative approach generally like? Do you have a set approach or is it flexible?

It’s usually very open ended. I find that most times if I go into the studio with a direct motive, I will most likely veer off in the opposite direction. I am some sort of inevitable procrastinator at most things I do, but my best results are always found at the very end before the clock runs out.

Q) Do you think there’s still an electronic divide between the USA and Europe?

Not in my case. But I’ve heard recently from booking agents that certain styles of popular electronic music in America don’t go over so well in Europe, but that’s not really my worry.

Q) How much do you think about future proofing your music. I guess electronic music in 50 years will sound so different? Is timelessness ever a factor for you?

Oh man, the only time I’ve ever tried to write things that in my mind sound current and popular, I have returned with horrendous results. If there comes a time where my music sounds as dated as old timey big band music, then I’ll either go on the casino circuit or hang my hat up and find another job.

Q) What’s your relationship like with technology? Has it helped or hindered your creatively?

My first album was made on a Sony Vaio desktop with the included 3” speakers. It got a 4 star review in Rolling Stone! Needless to say, technology has been great for me. I’ve had times where I may have relied on it a little too much, and lost a thread of realness that music needs but ultimately if you learn how to balance it it will be extremely useful.

Q) Do you think about the impact of technology on your children’s generation?

Absolutely. I think a lot of the kids who are in their 20s now, were guinea pigs and their parents weren’t really thinking about a lot of the side effects of all this social magnification and accessibility to a public realm from the pocket of your pants. But now we’re seeing a new understanding and appropriation of this technology because parents like me lived it firsthand and realized that some of the stuff can be extremely addictive and downright brain damaging.

Q) What do you think of Spotify and Machine learning on music consumption?

It’s funny you ask as I just talked about this in one of my lectures to my students at the University of Michigan, School of Music. I had been breaking down my data and realized after sharing it with the kids that meta-data isn’t always correct. For example one of the music streaming sites told me that Vancouver wouldn’t be a big market for me, but I’ve recently been talking with loads of specific fans on Facebook from Vancouver who are really excited for me to play there. So there is a magic buzz in a place like that, that will spread amongst word-of-mouth and friends, and no algorithm can pick that up.

Q) What are some lessons that you have been taught that you would pass on to the next generation?

This verse from To Live Is To Fly by Townes Van Zandt is a great life lesson:

Days, up and down they come
Like rain on a congadrum
Forget most, remember some
But don’t turn none away
Everything is not enough
And nothin’ is too much to bear
Where you been is good and gone
All you keep is the getting there

Q) How do you want your music to be remembered?