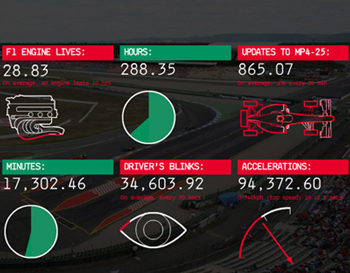 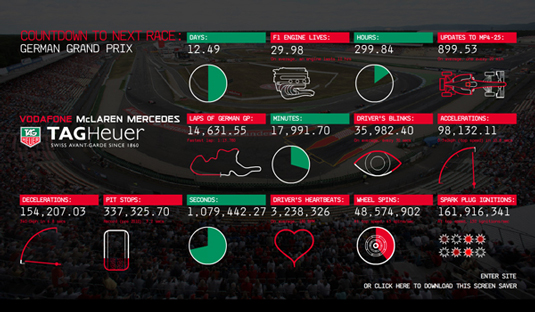 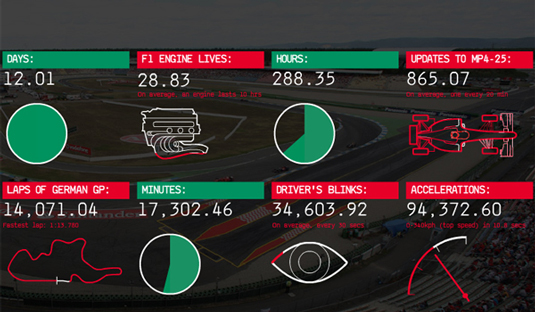 I’m an F1 addict. if you know me then you already know this. Symptoms include an ability to slide the topic into any conversation, severe hypertension before the red lights go out and mild nausea in between races.

I fill these days with the amount of re-runs I can watch, sites I can read and articles I can write for my F1 blog. The McLaren brand team has obviously been inside my mind. With their site intro and screensaver, they’ve managed to capture that obsession with a countdown to next race measured in seconds, drivers’ blinks and car updates (of which their better be plenty) amongst some other unusual measuring tools.

As well as stepping the performance on their car, McLaren have upped the anti on user interaction and engagement with their fan-base this season with a website that goes some way in reflecting their commitment to beautiful yet functional aesthetics. Openness and transparency has been the Formula 1 promise over the last year-or-so. McLaren have also added a tone of voice, which manages to keep junkies like me in check until race time.