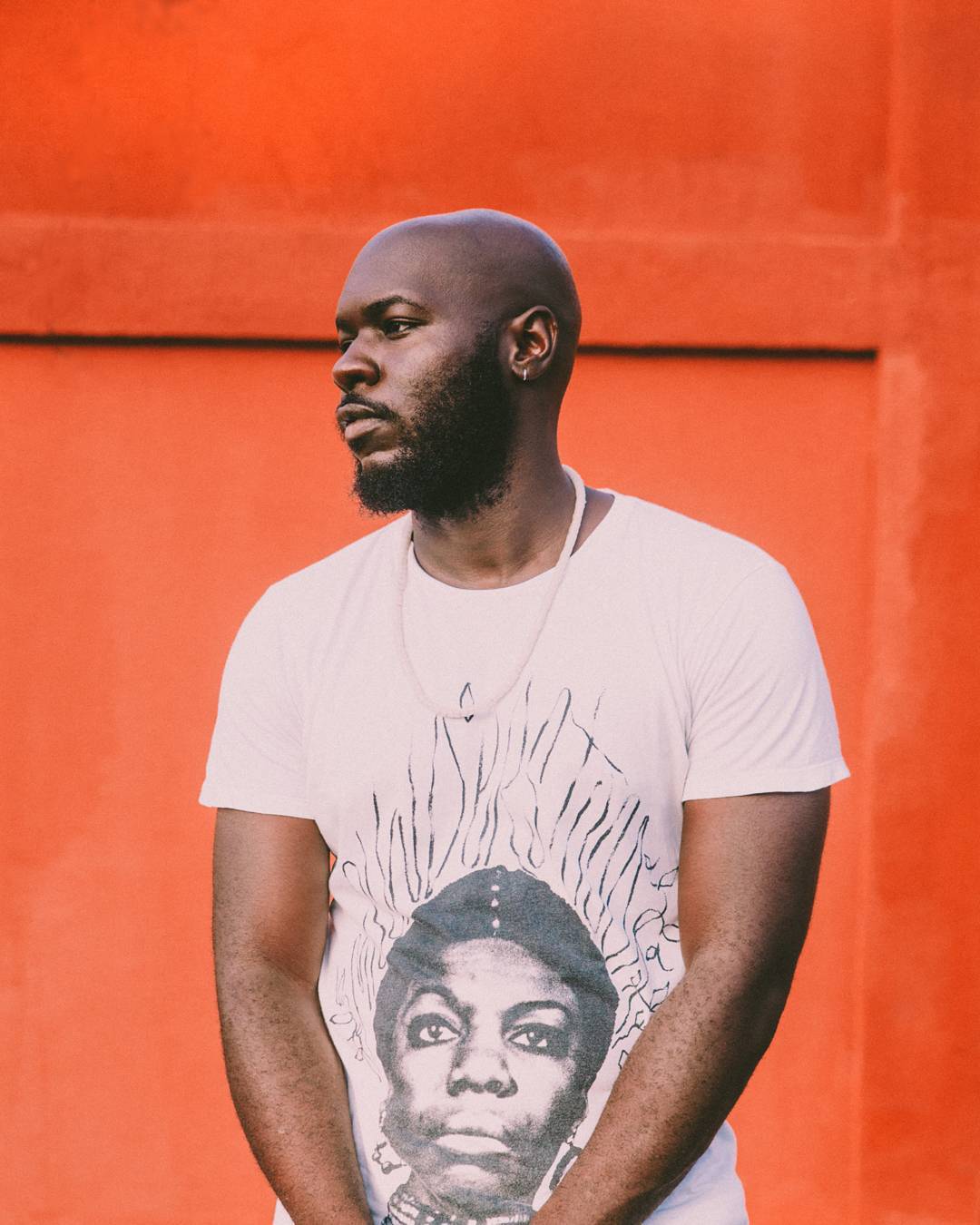 With the steadily increasing vibrancy of various creative scenes in the capital, Accra, it wouldn’t be far-fetched to say that Ghana is on the cusp of an art renaissance.

This momentum is being shaped – with little to no state support – by independent cultural organisations and creative movements. NeoSpirituals is one of such collectives.

Emblematic of the multidisciplinary nature of its membership, NeoSpirituals is more things than one. According to founder Yaw P, ‘it’s a culture, a record label, a home’. Ultimately, it’s an organic ménage of creative folk with an avowed interest in contributing to a reactivation of Ghana’s arts scene. Fluid in membership and artistic expression, the collective currently counts close to a dozen artists as members – with facilitators and volunteers thrown into the mix.

The official birth of NeoSpirituals was preceded by around a year’s worth of periodic jam and discussion sessions. ‘We started out with little parties where we played our type of music and just talked’ says Yaw P. ‘The music had to stop, though, because we were based in a residential area’. However the conversations continued. ‘We’d meet every Sunday and talk about how to develop ourselves and our art; about the industry and how to create an ecosystem for artists like ourselves in order to grow together.’

It was sometime in the first half of last year that NeoSpirituals officially hit the public trail. The movement describes itself as “New Age” – not necessarily in the Boho sense of the word – but simply in reference to the fresh, unconventional ways it aims to operate. The element in which it acts as a record label means its musicians have a level of creative autonomy ‘unlike the traditional label where the artist is technically hired and their work is owned by the company.’ NeoSpirituals artists ‘become their own business and have creative direction and control of their work.’

So far, there’s been one collaborative musical project by Yaw P and another member – Temple. Their Acropolis EP, released at the tail end of 2016, includes a documentary that later went on to win them the Best Film in Africa award at the Urban Films Festival in Kampala, which then set them up for a main event in Paris.

It was during the recording for Acropolis that Yaw P coined the movement’s name, basing it on the feeling he and Temple had in some of their sessions. ‘It really felt like we’d transcended the physical realm and landed where our ancestors began, way before colonialism came to our shores. It felt raw, unadulterated, and spiritual’ he states.

Indeed, songs like Yao and Hewale by Yaw P and singer, ELI, embody this complex feeling.

Periodic online photo series’ are another element of NeoSpirituals’ output, with the collective having moved into visual renderings of elaborate sci-fi stories.

These have included The New Action Figures – a sequel to the Drone Scrap Program – an earlier avant-garde commentary, also by the collective. Set in the year 2054, the earlier episode focused on a made-in-Ghana Black Sentinel Ultra craft that went to ruin thanks to negligence and unauthorized use. New Action Figures picked up the story by following two young businessmen, rich off dealing in the high quality scrap metal from the ruined drone, and consequently fleeing the claws of western governments.

Yet another recent image production was January’s Hey Siri, What Did Google Say To Alexa? Set in the third millennium, this episode featured a world in which humanity, having relinquished its power to artificial intelligence, now exists within an intersection of technological science and theology. In essence, AI has rewritten the Bible.

‘The reason religion was incorporated in the photo series’ explains Yaw P, ‘was because every society has that one thing that’s embedded in their culture, which they feel vulnerable without. For us that’s religion. It’s mostly something your parents indoctrinate in you from birth and it’s not something you can easily switch out of.’

Hey Siri aimed to have its audience – primarily Ghanaians on the internet – consider the phenomena and implications of tech and religious doctrine on their society. Imbued with underlying commentaries on chemical waste and the pollution of Ghana’s Densu river, the fairly minimal level of reactions to this particular production wasn’t exactly what the collective expected, although a general thumbs up to the plot and the sci-fi backdrop was welcome. Future series themes will look at Ghanaian anthropology, plastic waste and agriculture. These topics seem to ebb and flow within the collective’s output and in fact, Hey Siri’s environmental motif was a nod to an earlier work by filmmaker Ghalileo, another NeoSpiritualist. His passion project – Ghana at 100 – was conceived as a framework for stimulating thought and imagination about what the nation would be like come its centenary. He’s essentially taking a pictographic long view of the country’s next forty years.

‘The concept gives us a chance to usher in the third Ghana – after the ancient empire and the current nation-state’ he says. ‘This will be a society of people poised to demonstrate the possibility of a truly dynamic and balanced society.’

With this project Ghalileo also envisions artificial intelligence, but this time in a ‘perfect marriage’ with nature, in ways that take up new challenges that ‘honour the countless sacrifices our ancestors made to assert their humanity.’

A multi-skilled artist who regards himself as ‘a filmmaker first’, Ghalileo’s musical direction is delightfully quirky, with tracks that include a pretty mesmerising cover of Sonny Bono’s Bang Bang, keeping him very much an artist to watch. Currently in the postproduction, or rather, the editing phase of his next short film titled Preface this latest work is one of many upcoming experiments of shooting-before-scripting freestyle films where ‘production begins in the middle of pre-production and post production informs more preproduction until the final work.’

It’s this sense of unorthodoxy and reinvention that also drew singer-songwriter Amaarae to the collective.

‘What I loved about the NeoSpirituals was their thirst for adventures and the hunger to explore outside boundaries’ she says.

A poet as well as a music producer, Amaarae’s debut EP, Passionfruit Summers, was released in 2017 to critical acclaim. Refreshingly atmospheric and sensual, the compilation was, among other things, a testament to her solid commitment to make music that her audience would appreciate for its untethered female sexual declarations. Her ultimate desire is to produce her sounds with a ‘family’ that provides ‘a safe space to express and create.

As far as geographical aspirations go, NeoSpirituals intends to remain fully Ghanaian – at least for the immediate future. ‘We feel like we haven’t looked inward enough as Ghanaians’ explains Yaw P. ‘There are so many things about Ghana we still don’t know; so many happenings that we haven’t documented.’

Knowing about the richness of Ghana society and not looking elsewhere for cultural affluence is something he specifically wants for young audiences. It’s this vision that’s keeping the collective Ghanaian.

The pros and cons of this nationalist positioning is fertile ground for debate. Nonetheless, NeoSpirituals’ raison d’etre is set to keep developing an ever-growing ecosystem for Ghanaian artists; one in which conditions are increasingly conducive to spawning groundbreaking art.

And that, sure enough, is a worthy contribution to Ghana’s imminent art renaissance.

This feature comes from a partnership between Let’s Be Brief and People’s Stories Project (PSP).