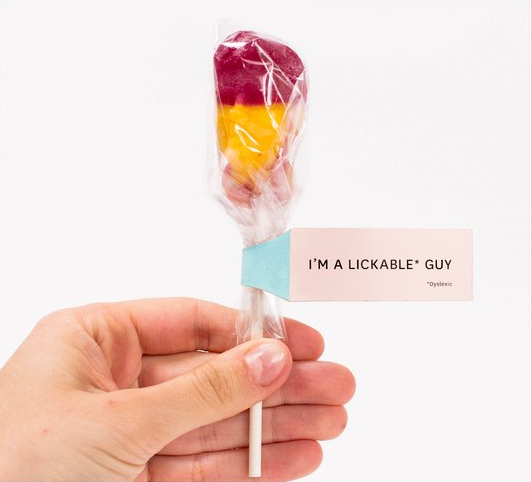 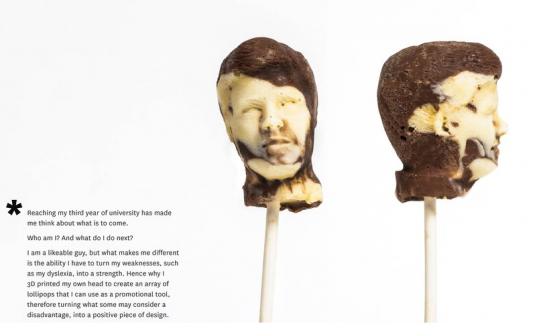 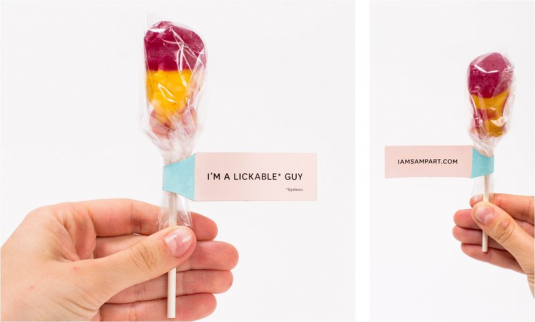 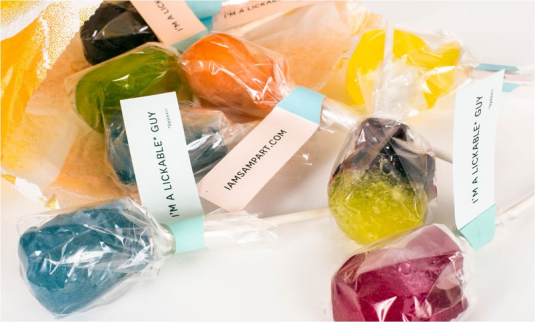 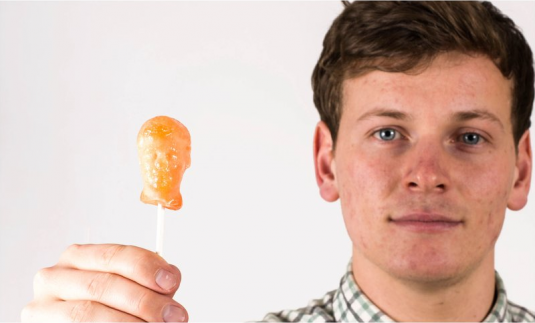 “I am a likeable guy, but what makes me different is the ability I have to turn my weaknesses into strengths. I 3D printed my own head to create an array of lollipops that I can use as a promotional tool. This meant turning my dyslexia, what some may consider a disadvantage, into a positive piece of design that truthfully tells my story and my personality.” – Sam Part Sam nailed his proposition from the offset. In fact, Sam was one of the few entries to do so, which is fair enough I guess, as nailing your proposition from the offset isn’t easy. The very real issue of his dyslexia aside, we weren’t overwhelmed by the pre-amble above but that didn’t matter so much as we had already bought into the immediate, yet lateral execution. The judging panel won’t be licking Sam when we meet him, but together we decided that we like him. Plus Jack Renwick got to bite Sam’s head. Job done. :: Sam Part — Lickable Guy is an in-book nominee for the D&AD New Blood Awards 2014 //Make Your Mark — Tell Don’t Sell is a D&AD brief written in partnership with LBB // Judging Panel – Joel Gethin Lewis, Jack Renwick, Craig Oldham, Ansel Neckles]]>