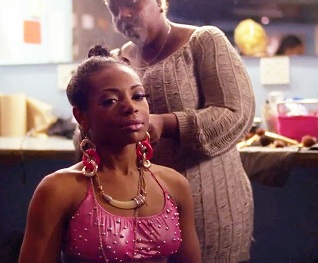 Nokia have been in an ambivalent position for a number of years, with a major decline of market share and business and financial journalists citing its demise. The once 90’s gladiator of mobile phone technology just wasn’t keeping up with the next generation – the smart phone – in the form of iPhones, Blackberries and Androids.

There was a lot riding on last years launch of Nokia’s new brightly coloured, Windows software powered Lumia handsets. The advertising was of course pitched as the second coming with TV ad’s featuring folks preaching how and why the handset was so great. As the Youtube Nokia copy states:

“Real people tell us why they love their Lumia… from students to fashion designers, we even heard from a gardener, who all explain how the Lumia has improved their lives.

Staying connected with the people that matter, matching the coloured tiles to your mood, taking the perfect photo (even at night), enjoying access to millions of songs, never getting lost again, or taking shaky videos for that matter; just a few reasons why you might want to #switch to a Lumia.”

Fast forward to 2013 and Nokia have taken a more inspired approach to their strategic marketing campaign. Teaming up with music promo production company Somesuch & Co and the Sundance Channel, the brand commissioned a series of short films called ‘New American Music’. Directed by the Somesuch roster, the films examine a range of musical sub cultures and artists.

Beautifully shot, seemingly authentic, and utterly engrossing, each film gives the you an insightful snap shot into these people’s lives. The majority of the content is targeted at an adult audience. I dare you to not watch the whole series in one go.

Directed by Abteen Bagheri,The B.E.A.T  features the New Orleans Bounce music phenomenon, while Atlanta Dreams reveals the most of unlikely of venues for music industry networking and underground marketing. My favourite however is the portrait of the idiosyncratic LA producer SFV Acid, directed by Tyrone Lebon.