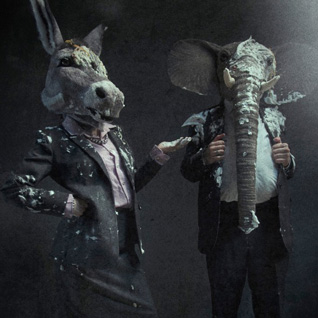 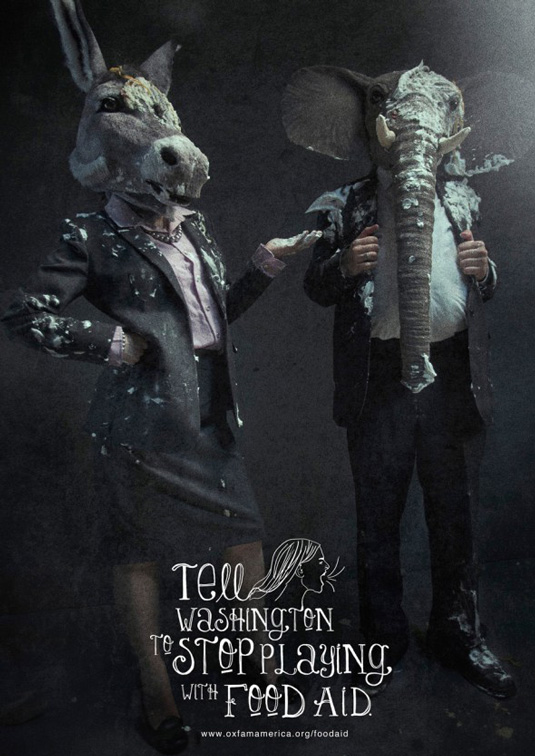 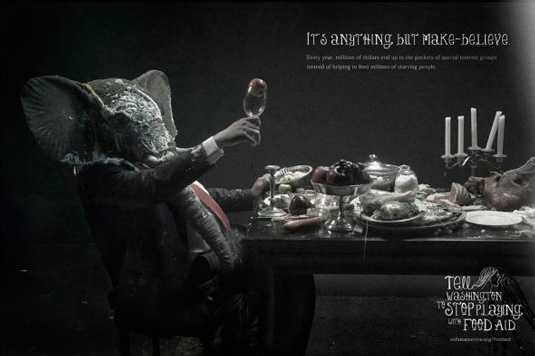 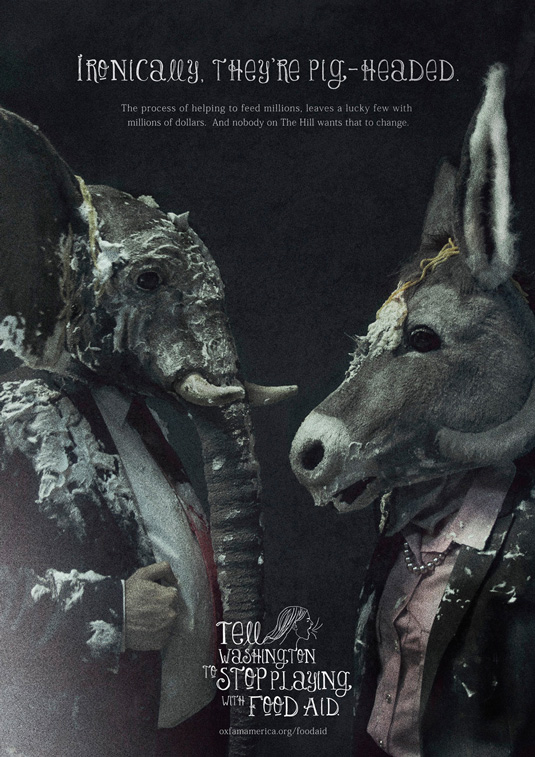 You’ve seen this scene in countless gangster movies. You know, the one where the King Pin gives an unsolicited ‘gift’ to a potential new recruit, knowing that if he / she takes it then they’re the King Pin’s forever. Well replace that ‘gift’ with food, said mob boss with US government and voila, you have the US Food Aid programme.

ADM, Bunge, Cargill and (Louis) Dreyfus Tare are the four giant transnationals that dominate the raw materials of a global food system that operates largely below the radar of your average consumer. Thanks to the tax-havens of Delaware (the 1st State of the US), Bermuda and Switzerland respectively, their contribution to the American economy have been similarly conspicuous.

You want gangster? Here’s gangster. Known as the ABCD group, they account for between 75% and 90% of the global grain trade. In other words if they don’t make it, you probably aren’t eating it, unless you’re a subsistence farmer leading a hand-to-mouth existence in an already fiercely competitive local market.

Such wholesale corporate monopolisation of food markets is an issue Oxfam have been keen to highlight as a root cause of hunger and poverty the world over. Having strategic alliances and joint ventures with the seed and agrochemical companies that dominate the agricultural / global food system doesn’t do much to harm business either. This is where the real gangster-boogie comes into play. What those in the West don’t eat, the ABCD group distribute on the world food markets at prices that subsistence / local farmers worldwide can never ever compete with.

Add in the fact that 75% of food aid is shipped from the US amounting to $491million courtesy of shipping costs, markups for shipping regulations, not to mention markups for the ‘preferred’ US growers already mentioned, and you have a charitable food industry that errs less on the side of charity and more on the side of industry and red-tape.

If Timothy Saccenti’s striking, humourous images for Oxfam compelled you read this, let the tip of a very complicated iceberg compel you into action. The campaign limits opportunities to sign the petition – in as much as you have to be from the US of A – and the campaign message doesn’t touch on many of the points mentioned here. The message instead is a simple one that works well in marketing terms: Tell Congress stop playing with your food.