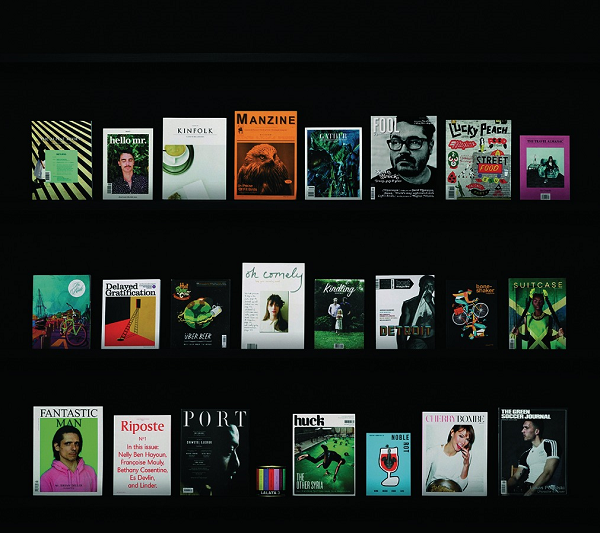 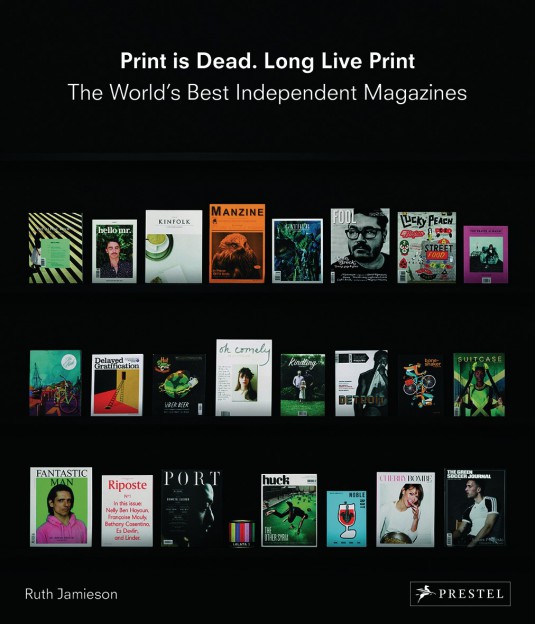 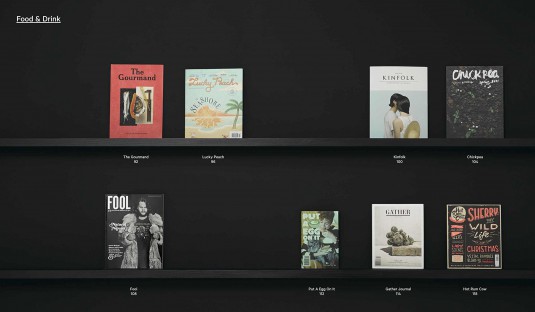 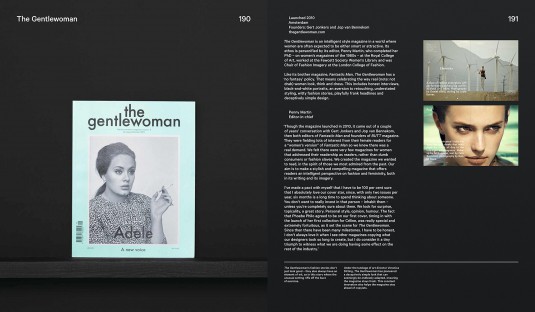 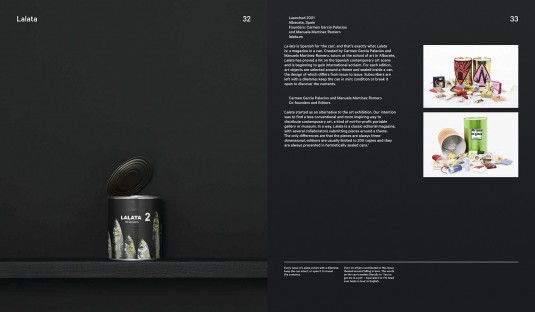 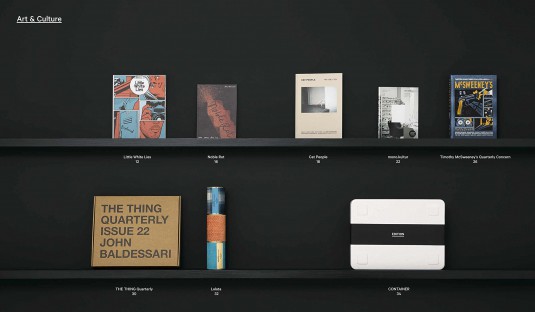 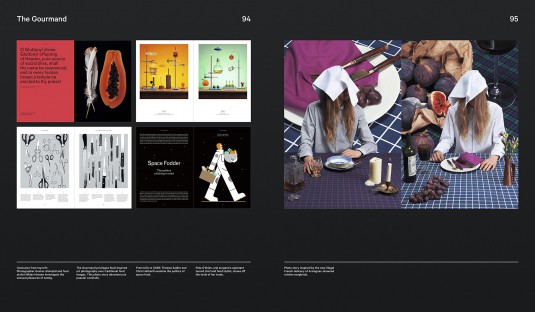 The title of Ruth Jamieson’s new book: Print is Dead. Long Live Print, says it all.

There has been plenty of hyperbole around the death of publishing and in particular, the unravelling of print media’s business model — a glorified yet sophisticated distribution model for advertising.

Print is Dead author Ruth Jamieson investigates some of the leading independent publishers and their motivations. We caught up with Ruth to find out just what she discovered.

Q) Tell us a bit about yourself…
I’m a writer, advertising creative and massive magazine fan. As a small child I used to fake sick on Fridays as I knew that my Mum would take me with her to do the weekly shop and I’d be able to get a magazine as a treat. As I got older, magazines like Dazed and Confused, i-D and The Face were a much needed cultural lifeline for a teenager living in the provinces. Later I worked for The Face and Sleazenation and they became a way to earn a living.

Q) Why did you decide to write Print is Dead – Long Live Print, and why do you think it’s a relevant subject in today’s digital culture?
I don’t think today’s culture is only digital. I think digital is just one aspect of our culture. In fact, as digital becomes more and more pervasive, it actually opens up a whole need and market for the things that digital can’t do so well. For example, the more digital provides us with fast information that quickly goes out of date, the more we want non-digital media to give us slower information to treasure over time.

Look at Delayed Gratification for example. Digital news is this endless scroll of disposable information. That’s great. But it also makes us crave something more considered and more collectable, like Delayed Gratification which focuses on slow journalism, looking back at what happened next in the big news stories of the past three months, instead of competing for the next breaking tweet.

As for why I wrote the book now, it felt like we had reached this exciting moment in magazine history where the independent magazine has never been stronger. I wanted to shine a light on that and to celebrate it. Plus I hope that it’ll help inspire even more magazine makers to get involved.

Q) From the range of magazines you’ve featured in PIDLLP, which magazines really caught your imagination and why?
Gosh. That’s a hard question because they are all so good and they all caught my imagination in some way. There are so many great magazines out there at the moment, and more launching all the time that it was very hard to select the final magazines. I could have easily filled another 5 books, I think. I hope that’s reflected in the quality of the magazines that are in there. If I was going to recommend five to start with, I’d say check out WRAP, Hole & Corner, Riposte, The Gourmand and Cat People.

Q) You identified that there is an entrepreneurial spirit to modern publishers. What particular business models are having an influential impact on growing new audiences?
Works That Work are doing very interesting things with crowd funding and with involving their readers in the distribution and funding of the magazine.

Intern is another one that is quite ground breaking in the way it rewards contributors and involves readers. The Gourmand, Boat and Printed Pages are also very interesting in terms of how the magazine is just one aspect of what they do, with events, special commissions and design work also forming part of the business model.

Q) In the book you liken the resurgence of independent magazines as a rebirth for the industry. Where do think indie publishing will be in 5 or 10 years given the growing popularity.
I think we’ll see the mainstream taking more and more cues from the indies. We can already see this with magazines publishing special, more collectable editions and investing more in content. I think that trend will continue. Some indies will also cross over and go mainstream I’m sure.

It’s never been easier to launch a magazine so we’ll see lots more magazines launch, but it’s also still very hard to get beyond a second or third issue, so we’ll see lots of closures too. Overall I think this will just push the standard higher as the newsstands get more competitive. The standard will get higher in terms of production values, content, innovative business models, and the quality of the ideas and concepts at the heart of magazines. It’s also easier than ever before to find niche audiences – thanks to digital – so we’ll see more specialist magazines too. Overall, it’s a great time to make magazines, but it’s an even greater time to be a reader.

Q) The book’s sub title is ‘world’s best magazines’, however, it is very western in its perspective. What interesting titles did you discover from a non-Eurocentric point of view? [ie from Asia (bar Japan) and Africa / South American etc]
That’s probably a fair criticism. On one hand I do think the magazine market is more mature in some countries than others, and that’s reflected in the content of the book. But on the other hand I wish I could have included more non-western magazines. The indie magazine market does tend to be quite international, partly thanks to digital enabling mags to find readers, and vice verse, from all over the world, but it is still currently more developed in Europe, the US and Canada, and Australia and Japan.

I hope that in the coming years, as the indie revolution spreads, we’ll see more diversity as to where the most interesting magazines are coming from. I’d love to hear about any indies from Asia, Africa and South America that readers feel should have been included. (It would be great to redress that imbalance in the next book.)

Q) Most of the titles featured in PIDLLP are niche titles dominated by publishers from creative industry. Why do you think creatives have adopted this space?
I think that’s down to creatives doing what creatives do, and creating. Also I’d say that once you’ve created a magazine, you’re a creative. Plus another way that digital has given print a helping hand is by making the tools for magazine production cheaply and easily available. It’s thanks to digital and social media that putting a magazine together, publishing it, distributing it and finding contributors and readers for it is easier than ever. People who want to create are naturally drawn to a space where it’s easier to do so. There’s also a snow ball effect, you see a great magazine, that inspires you to make one yourself. Someone else sees that and on it goes.

Q) What was your personal journey to ‘magazine love’? And what was your favourite magazine growing up?
My first big, big magazine love was Just Seventeen. It had this perfect balance of tips on how to kiss boys and subtle feminist indoctrination that really appealed to my tween girl brain. I also loved The Guardian’s Weekend supplement in the UK. Julie Burchill’s opening column was this delicious weekly explosion of passion and vitriol. It felt like vivid technicolor against the beigeness of living in a small country town. As a teenager I fell hard for the style magazines and the window they gave me to the creativity, excitement and adventure of London. Today I love magazines that are a singular expression of a great idea, or offer a window onto some undiscovered world. I love how you can disappear into them for an hour or two and emerge on the other side not quite sure of what just happened.

Q) It has been noted that the rise of the digital realm has greatly impacted journalism – from quality control to depth/breadth of investigative writing – from your research what was the general attitude toward journalism as a craft? And were publishers inspired more by subject area rather than in ‘writing’ itself?
This really depends on the magazine itself and its goals. Some are more visually focused, some more focused on writing, some on both. If you’re looking for great writing, I’d recommend Delayed Gratification for news, Fool and Lucky Peach for first class food writing that’s really unlike anything else out there. Plus McSweeney’s for exciting new fiction. Oh and Works That Work for a very new approach to design writing.

One response to “Print is Dead. Long Live Print”