From Get Out to Gold Bullion 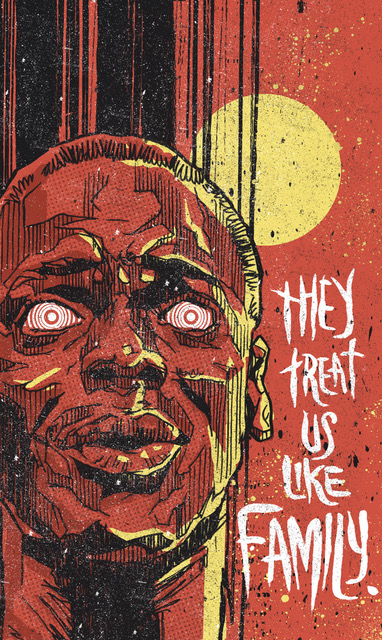 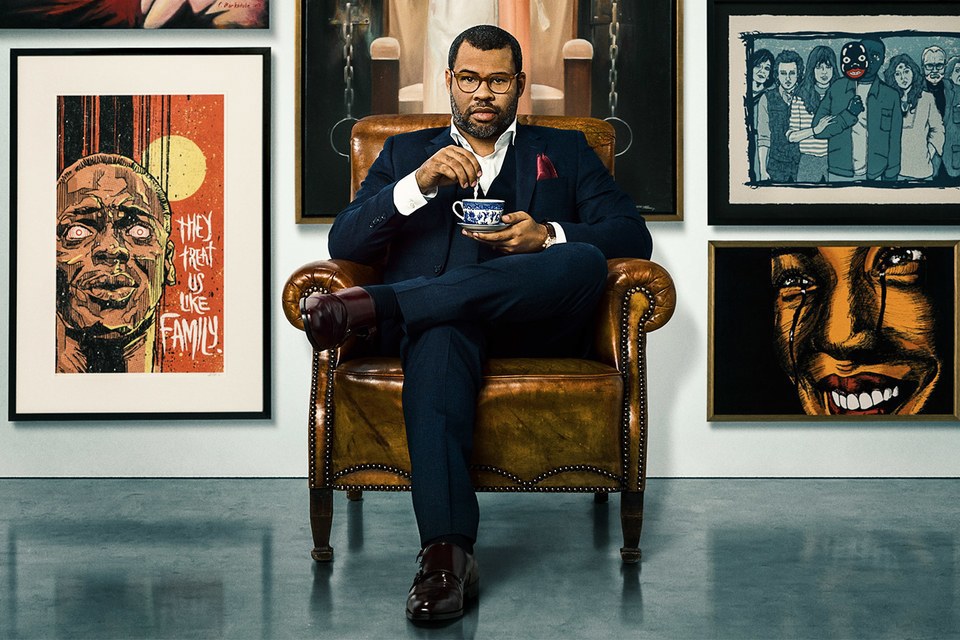 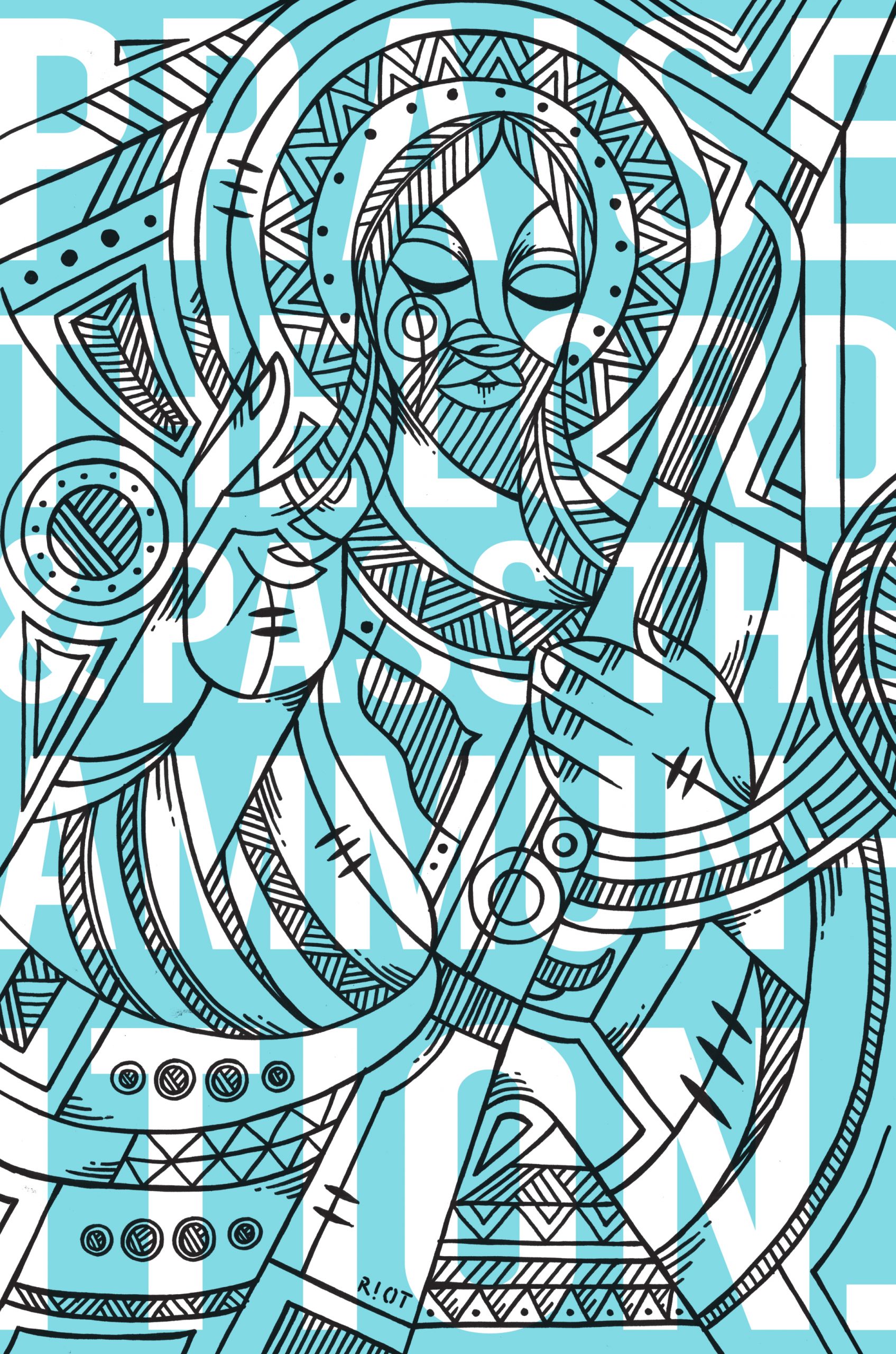 I picked up my first Black Panther newspaper at the age of nine. That was my first taste of art as activism.

At 10 years old, Sindiso Nyoni created his first comic book. Mpukane Man (Fly man) was an Ndebele-titled aerial superhero with radioactive powers, the cool aesthetics of Spiderman and a character loosely based on the blossoming artist’s two younger brothers.

Born in 1984 and raised in Bulawayo, Zimbabwe, Nyoni took up drawing as a medium for storytelling, activism and expression. In sharpening his creative tools from a young age, he was always politically aware, citing his mother – still an important role model – as the one to encourage forethought and creativity.

Now, with his base in Johannesburg, his signature ‘activism poster art’ has earned him the title of R!OT among his peers.

Nyoni’s current work is essentially reflective of the times and forms a dynamic and living archive of important events. His politics are drawn all over paper and screens that document his life experiences, all of which are infused with culture.

‘I think that not restricting yourself is incredibly important’ he says in response to a question about his prolific approach to work.

That broad spirit has manifested in an impressive roll call of commissions in which he has produced work for the Blaque Life Quarterly Magazine, AfroPunk (We the People Campaign), Robert Sobukwe Trust, Ogojiii African Design Magazine, Business and Arts South Africa (BASA) and Nokia. He also spends time creating work as a pure expression of his passions; including the cover artwork he created for The Brother Moves On — the Johannesburg-based performance collective.

With a visual language that responds to texture as much as it does to politics, the links between Nyoni’s work and that of graphic artist Emory Douglas, Black Panther Party Minister of Culture, are clear.

‘I picked up my first Black Panther newspaper at the age of nine’ Nyoni recalls. ‘That was my first taste of art as activism, which was ignited by this legendary artist’.

Seeing the power and integrity of the imagery that Douglas produced in the 1960s and ‘70s was something that the young Nyoni could identify with ‘via representation’ and through learning more about the Panther movement.

The social parallels between the two artists come from Nyoni’s identity as a product of his country’s 1980 independence; but this is complex.

‘You could say I was born free from the segregation and colonial repression that blighted Zimbabwe’s past, but I still grew up in turbulent times characterised by the Shona and Ndebele factions’ he says.

This political factor has informed the depth of his work, prompting him to strive for impact, ‘not just continentally, but internationally in north and South America, Europe and the Far East.’

Well aware of the significant role his culture and origins play in the look and tone of his work, the themes that run through his work are to a degree, purposely based on the concept of Afrofuturism.

‘These themes are often fused with religious iconography, which is a result of my upbringing in both a Christian and a traditional household’ he explains. ‘Within a southern African context however, there is a growing conflict between traditional and ancestral spiritual presence versus religion. This is the result of an adopted freethinking mindset that questions status quos and conversations in society. It’s a common school of thought amongst the urban generation and more artistic individuals who question religion, but at the same time are in touch with some sort of ancestral spirituality’.

Perhaps another creative focus is immigration. Having lived in Johannesburg for the past 13 years, Nyoni’s reflections on this take him to the words of martial artist and philosopher Bruce Lee whose belief that “everyone is a citizen of the world” also resonates.

… humanity is one big ball of a community and we need to carry each other along to thrive. Why then is there such trouble with immigration?

Nyoni: ‘He articulated something that had been an abstract belief of mine for years. The multi-layered statement still carries a lot of weight with me today. The belief that we should all be free to live and work where we choose despite our birthplace, race or creed… that humanity is one big ball of a community and we need to carry each other along to thrive. Why then is there such trouble with immigration?’

Nyoni’s world-is-your-oyster attitude towards his work has extended his design productivity into the rarified realm of gold bullion.

In 2015 he worked with the Johannesburg Art Gallery (JAG) to create a series of medallions produced through the South African Mint in celebration of the gallery’s 100th year. Two years later, he found himself on the design advisory panel for the same privately owned coin manufacturer – which mints all the coins of the South African Rand on behalf of the South African Reserve Bank. Once again he was designing celebratory coins, but this time as a commemoration of struggle hero Oliver Tambo’s 100th birthday. With his work currently circulating through R5 coins as well as investment currency throughout the country, he has an understandably meditative attitude about the diverse sectors in which his work straddles. Of the coins it’s ‘somewhat surreal’ given how far he’s come on his path as a visual artist. With his poster-style illustrations being influenced by pop culture, graphic novels and comic books, the fact that these aesthetics ‘can translate onto various substrates and mediums’ is an indication to keep going and strive for the endless possibilities of his craft.

His strong online presence hasn’t hurt his trajectory either. With most of his clients finding him via his social platforms, another significant connection was with LAssociates whose client Jordan Peele (and Universal Pictures) were looking to commission artists to create a one-off artwork inspired by then just-completed horror, Get Out.

‘I received the brief and the film’s synopsis and then agreed to be a part of the project. We were pretty much given free reign to interpret our individual pieces’.

It’s a great Hollywood moment in this artist’s journey, although the strongest thread running through Nyoni’s work is his hardwired message to create deeply communicative and meaningful drawings and illustrations that go beyond aesthetic beauty.

‘I want people to be held accountable for their actions’ he says, ‘but I also want to educate … because that is what art does.’

This interview by Nkgopoleng Moloi comes from a partnership between Let’s Be Brief and People’s Stories Project (PSP) – part of the British Council’s arts programme in sub-Saharan Africa. Click here for more info

All images courtesy of Sindiso Nyoni