Respect All, Fear None :: Behind the scenes w/ Philip Haynes 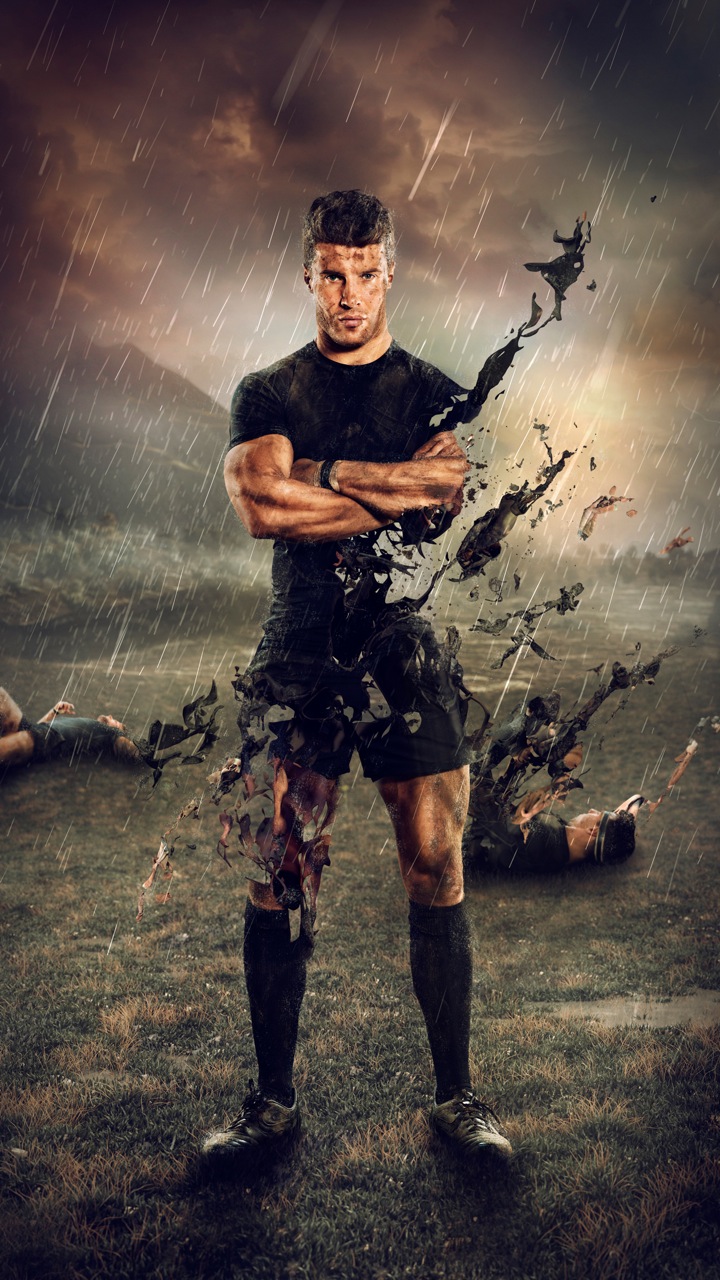 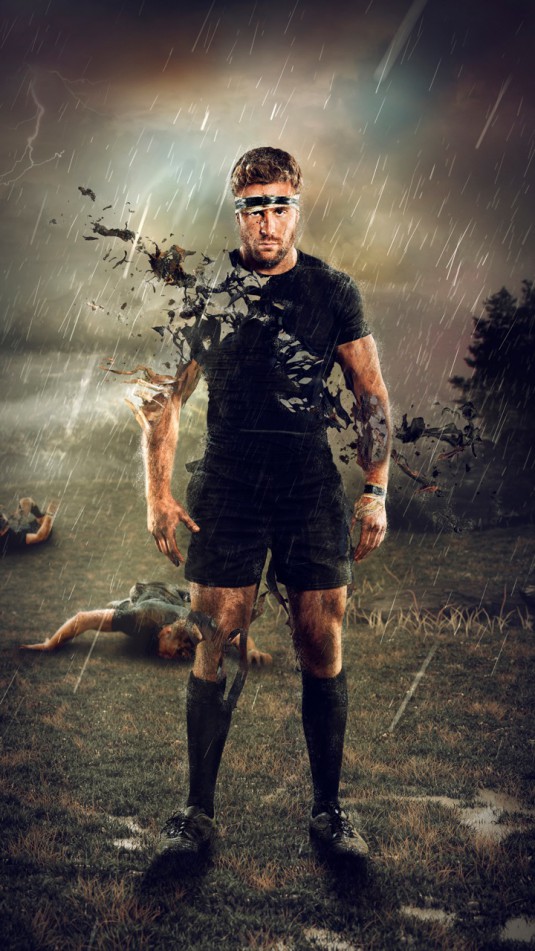 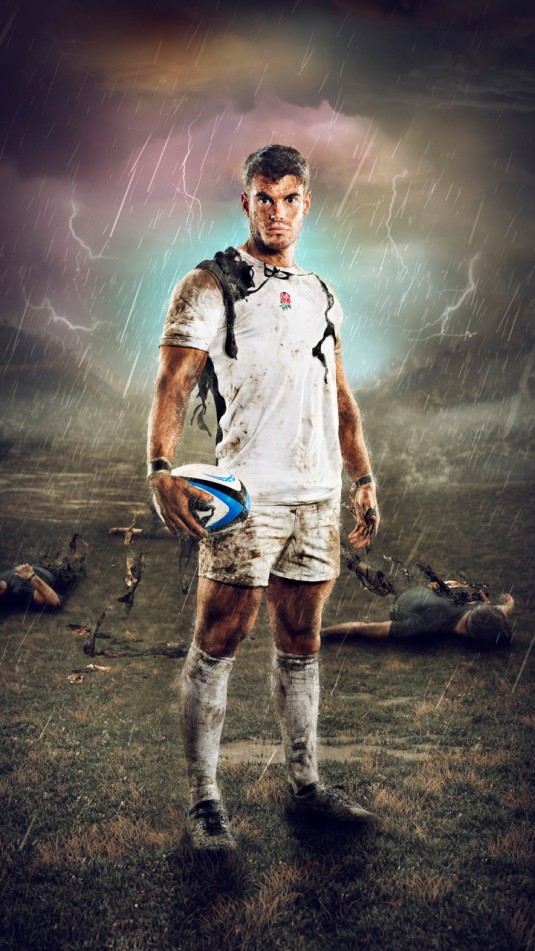 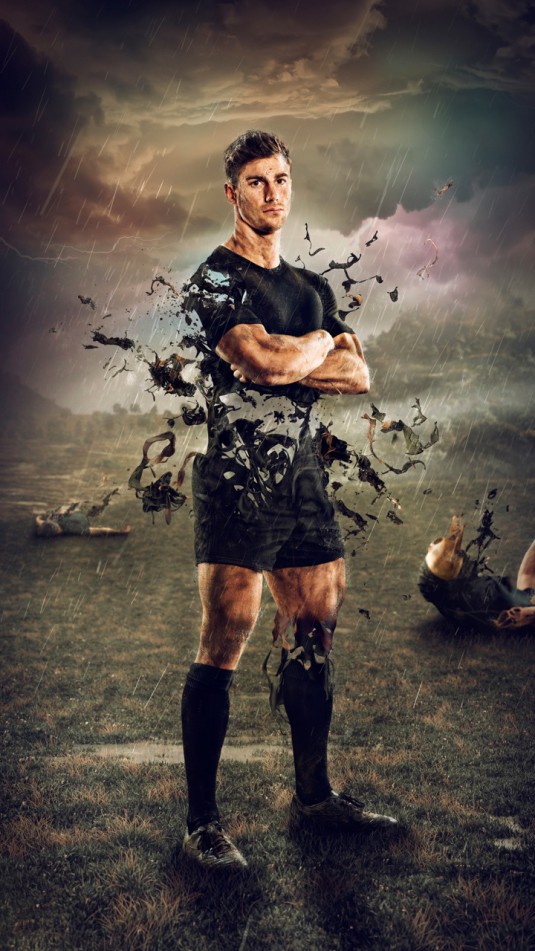 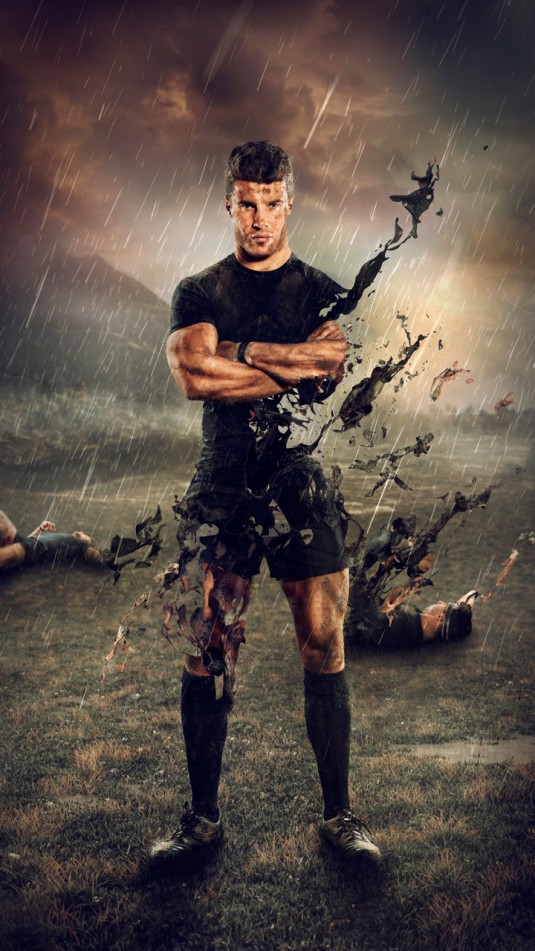 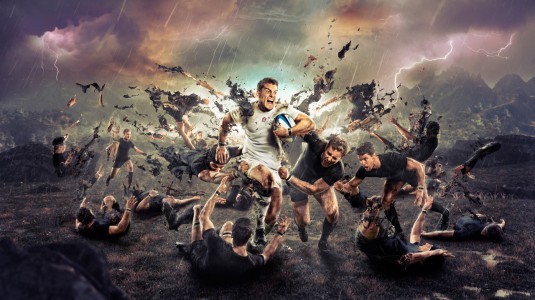 As legend would have it, the game of Rugby came into being in 1823 when William Webb Ellis “with fine disregard for the rules of football as played in his time at Rugby [boarding] School, first took the ball in his arms and ran with it, thus originating the distinctive feature of the Rugby game.

Despite little evidence to substantiate this view, this popular narrative has since become ‘fact’. So much so in that the international committee named the Rugby world cup the William Webb Ellis Trophy.

Any project that opens up channels of investigation into a given subject can only be a good thing. But amid all the testosterone charged imagery lies a highly collaborative – and light of touch – creative process. Respect All, Fear None is the brainchild of photographer / art director Philip Haynes and dope-ass experimental creative studio FutureDeluxe, who turn five this week.

To call Philip Haynes ‘driven’ would be an understatement. To call him a damn nice chap however, is bang on the money. We sat down with Philip over some coffee (and surprisingly small slices of quiche) to talk concepts, points of differentiation amongst ‘creative types’, and how working with other humble perfectionists can elevate ones creative / rugby game:

“It’s all about seeing opportunities and getting involved with things. I mean, who the hell knows who you are? You just do all your work and sit in your box. And that’s the issue isn’t it. You’ve got to spread it – whether that’s being a kind of person in helping somebody else out, or constructively doing something positive; you’ve just got to go and approach life, because it doesn’t come to you anymore.

The way of the modern day world is that [there’s] 10 million of us, all doing the same thing, all looking the same. How are you any different?

I wanted to keep the opportunity open. Keeping the door swinging. That’s why I wanted to stay in touch with them. I went down and saw them. They made the mistake of offering to test with me. FutureDeluxe made it very clear that they wanted to get involved with what I was doing. We talked for two hours. We both saw opportunities and we just got on with it.

When they said: “let’s do a project,” I didn’t have any projects [at the time] that were useful for them. This was probably three-months ago and my thinking was, ‘what’s the next big sporting event that I’m interested in? The next one’s the Rugby World Cup. The [tournament] happens to be in England predominantly, but it’s also been played in Hamden Park, Scotland and The Millennium Stadium in Cardiff.

That was my chance. I missed the Olympics because I was an assistant. I got a bit of ‘[the football] World Cup action’ but I didn’t approach FIFA a year before to say ‘look what I’m doing,’ [so I thought] now’s the time to start approaching the Rugby World Cup because they’ve got to start doing their advertising at the end of this year / beginning of next year.

FutureDeluxe were just cool. They sent me a stack. Is that the word that designers use? They sent me the PDF full of references and I was like: “Holy shit! I’d love to do this job!” It was the first time when a job came in and I thought ‘I could do anything I’d want to do that.’

There were Nike references: great. Some CGI trails: great. Lots of hard lights; crazy, dark underworld thinking – it was what I hadn’t been able to tap into yet. I can’t do CGI and although I can push my own work, it’s also limited to a certain degree. It was the sort of job where you can push yourself.

Basically, when I think of rugby, I think of Jonah Lomu. The original idea came from watching Jonah. The only way I can describe him is as a snowplough, effortlessly flicking 6ft pieces of snow aside. The more I searched for references about it, the less I could find outside of Jonah Lomu, because his career was essentially about one thing: being a tank.

Rugby is just another form of animalistic warfare: a gazelle been dragged down by a jaguar. But if you change that gazelle for a rhinoceros, that rhino comes out on top than top more often than not. I love contact sports and Jonah Lomu was the reference point for it.

When I gave FutureDeluxe that idea they started pulling in references. There was some art installation of – weirdly enough – gazelles. Somebody had made about 200 gazelles. It was like a circle of life – they started with a giant wave of them flying through the air and smashing into a glass wall, crashing to the floor and scampering back to the beginning just to do it again.

FD also found this photographic reference for a jeans company where people were exploding out of a pool of light. It was very horizontal. We decided that this would be great if it comes to you in a 3-dimentional way. The real impact is if it’s coming to you. That’s the strength of it.

We settled for it, which minimised the amount of people you can have in the shot. You can only go so wide because your action needs to be bigger. I think we did right with it.

The ‘enemies’ are interacting with the hero and I want to interact with them by being in the shot. There’s no renaissance theory, it’s just about an understanding of depth and perspective that make it all more exciting.

One response to “Respect All, Fear None :: Behind the scenes w/ Philip Haynes”