A response from the Autosport Editor 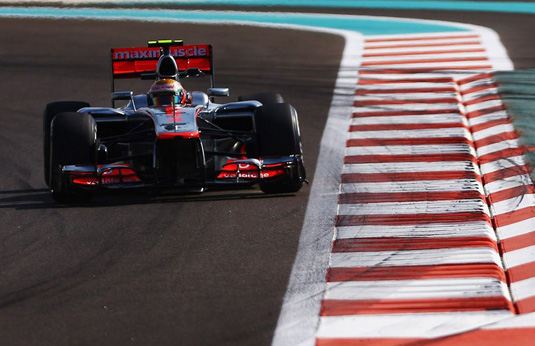 Following the Mark Hughes, Lewis Hamiliton and a load of tweets article we published October 31 2012, we sent a letter of complaint to Autosport’s Editor Charles Bradley and the board of Haymarket Media Group.

Here we share Bradley’s response and supposed ‘evidence’ – a screen grab of Lewis Hamiliton’s tweets – sent with the email.

Thank you for your email.

I completely refute your accusation that Mark Hughes¹s column, page 19, dated September 13 (not 12 as you state), 2012, is “acutely racist”.

In his opinion column, Mark quite clearly created a fictitious dialogue between caricatures of Lewis Hamilton and his future team boss at Mercedes, Ross Brawn.

To state that the quoted speech of Lewis “has no relation” to the tweets that Hamilton posted on his feed is frankly inaccurate. In the weeks leading up to Mark’s column, Lewis regularly used street culture phrases such as “mofo”, “lol”, “chillin”, “WTF” etc (see attached screengrab). This is what the Lewis character’s vernacular is based upon, not because of the colour of his skin.

Mark’s column was intended to highlight, in an exaggerated fashion, the culture differences between the ‘old-school Etonian’ Ross Brawn and bright, young British F1 star Lewis, by the latter using similar street culture vernacular to his tweets.

I’m not sure how acquainted you are with the intricacies of Formula 1, but in the article the Lewis character’s observations were, in fact, highly insightful and answered every single issue that the Brawn character, who showed absolutely zero negativity towards the Lewis character’s responses. Lewis was in no way portrayed as the ‘lesser’ of the two; their conversation is very much peer-to-peer.

As one of the most respected journalists in the paddock, Mark deals with both Lewis and Ross on an almost day-to-day basis, certainly on grand prix weekends. He is Lewis’s unofficial biographer, and informs me that both have read this column and that neither of them had a problem with it. I have written about Lewis’s racing, from karting to F1, and would never allow a piece about him to be published in my magazine of a racist nature.

I hope this response clarifies our position, and I can further assure you that content of a racist nature will never appear in the pages of Autosport.

2 responses to “A response from the Autosport Editor”