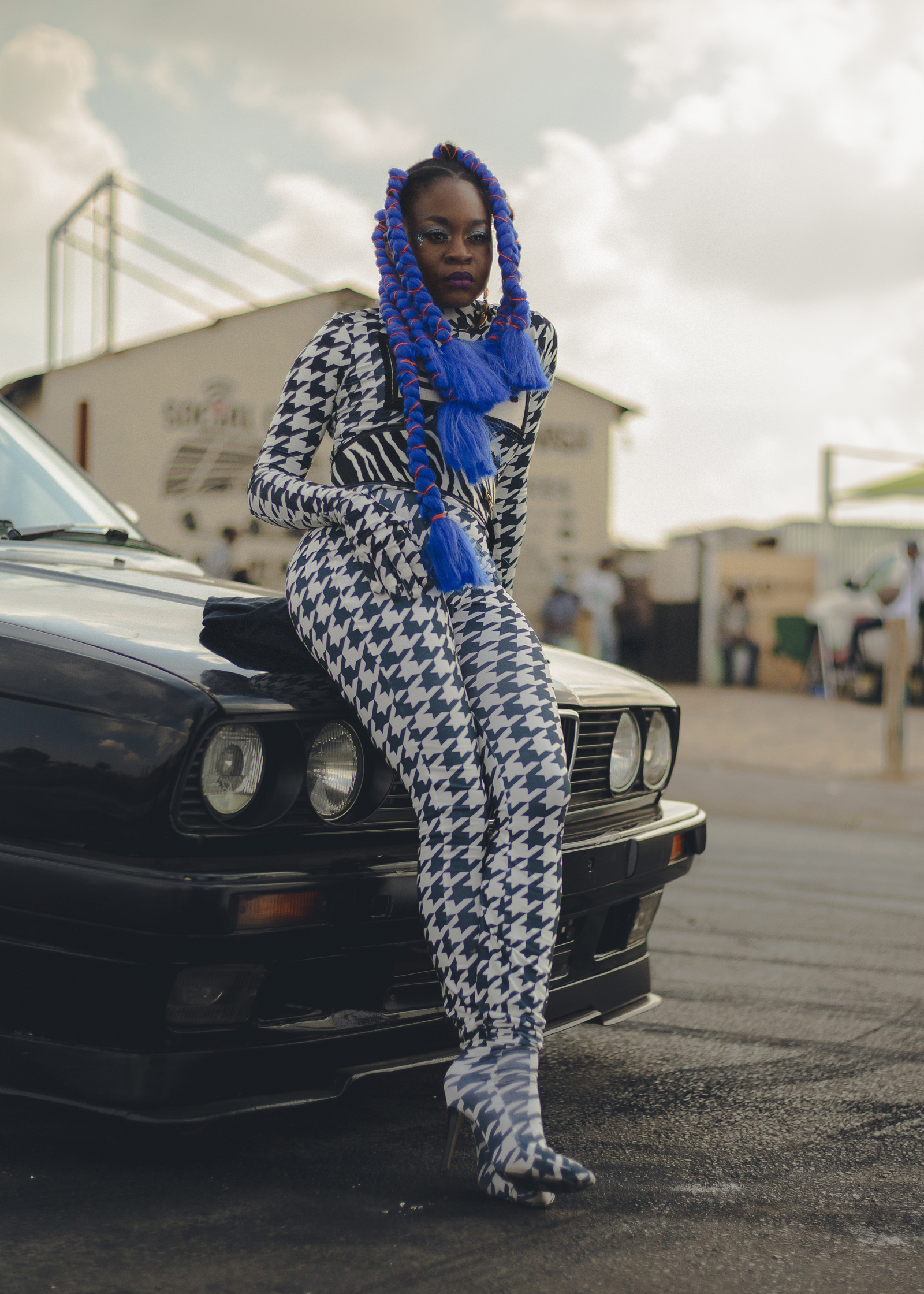 [From a young age], I was very loud and still am.

As we meet at the South London offices of her Ninja Tune record label, Sampa Tembo, commonly known as Sampa The Great, greets me with a wide and bright smile that illuminates the room. Her busy schedule in the lead up to the release of her debut album, Return, has left her – and her voice – feeling a little worse for wear but she states that the show must go on as ‘what I’m doing is bigger than me.’

Since coming into the Hip-Hop scene, Sampa has supported the likes of Joey Bada$$ and Kendrick Lamar – who she’s been compared to for her dense and explorative writing – and her time, so far, in the industry has made her understand the value of being kind to herself and listening much more to her body.

Born in Zambia, Sampa was raised in neighbouring Botswana, and also spent time in Zimbabwe, Namibia and South Africa. Right now, she feels that home has never felt so far away – particularly as she’s been living in Australia since arriving there as a student in 2014. Now based in Melbourne, she’s been able to create a spiritual home, of sorts, by surrounding herself with a like-minded community. ‘I have friends who are refugees who can’t go home, as there’s nowhere to go back to’ she says, ‘so they’ve created a home in a place that doesn’t necessarily want them there. My journey has led me to the conclusion that home can be found within yourself; that wherever you go, you can still feel a sense of it.’

Over the last five years, there have definitely been times that Sampa has felt as though she’s lost part of herself, due to having to be a square fitting into a round hole, in an environment that has become increasingly hostile towards migrants – particularly those of colour. However, her parents taught her valuable lessons from a young age. ‘I was very loud and still am. I joked a lot and was encouraged to be opinionated. During conversations about the government and politics, I’d be asked what I thought. I was only six, but it made me feel as though my opinions were important. When you raise kids like that you put them in a position where they value their own voice and feel that their words hold weight.’

These are powerful characteristics to have, specifically in a place that holds particular cultural challenges. ‘Australia has provided opportunities for me and it’s given me people who I now consider my second family’ Sampa states. However, with the challenges, she’s become far more aware of what it is that she chooses to express. ‘Now I’m asking myself why I feel certain things, whether it’s because of the environment and whether it’s health. It’s been this bittersweet journey for me where this is the place where my professional career started but I know it isn’t the best place to nurture myself as a black artist. Those feelings may change but for now, I don’t have a definitive answer. I’m still learning.’

The title of her debut album is obviously significant. ‘All of my projects are important but with this one, I’m really trying to show you who I am and where I’m from,’ she says. ‘There’s more at stake when it’s not just about me, but [about] the people who are helping me to be who I am.’

I want to be the same person I was before there was pressure, especially for me as a Black artist in Australia.

The deep acknowledgement of the community of nomads that she found in Melbourne serves as a thank-you note that’s being realised through her music.

‘I always say to my friends that the closest people are to being themselves is in childhood, before everything else is added. I think for me [the album] is about returning to who I was and the physical return home. I want to be the same person I was before there was any pressure, especially for me as a Black artist in Australia.’

Sampa’s musical style is broad and she’s methodical in the way that she crafts her verses, although she can churn out lyrics pretty quickly. A fluidity in her voice means her tunes can’t be confined to rap alone, and it’s the precision in her delivery that allows her to bend genres in ways that can be heard on tracks such as Energy  and Black Girl Magik. ‘I write quite quickly’ she says, admitting the fear factor in putting Return together. ‘I didn’t call it a project, because I was afraid. For me, it was about cancelling all that out and saying to myself that I’m writing an album and this is where it’s going.’

The experience has enriched her artistry in terms of building her confidence, but it’s also altered the way she approaches live performances and what it means to be an MC in 2019. ‘Touring has changed how I hear and listen to music. I didn’t start out with a live band, which I use now, but after my 2017 mixtape Birds and the BEE9, I felt that my words should be translated with live music and that changed the way I create.’

A vivacious character, Sampa stays mentally stimulated by constantly tapping into her creativity.  ‘I’m not good at painting, but delving into that keeps me on my feet, especially when I’m on a tour bus,’ she says. Much of her energy comes from having to start a new life in a foreign place, as well as the support she’s always had from her family – despite her being all the way in Australia. Like many African parents who wish their children to pursue STEM careers, Sampa’s were no exception, but eventually, they understood. ‘In retrospect, I get it, because you want your children to support themselves when you’re not there. Pursuing rap doesn’t always mean you can do this. In the early days of my career, the encouragement from family wasn’t always there, but now they’ve come full circle, although my mum asked me to take Rhymes To the Eastdown from YouTube because of the cursing,’ she laughs.

Sampa’s trips back home haven’t been as frequent as she would like, but she recently performed a show in Zambia. ‘They’re so mad at me in Botswana because I haven’t done a show there yet, but Zambia was important for me because it’s my actual birthplace,’ she says. ‘My whole lineage is from there, so it was good to take things back to where it all began. The show was insane and when you hear your song on the radio in your home country, it’s like I’ve finally arrived. It was beautiful.’

This interview, by Jesse Bernard, comes from a partnership between Let’s Be Brief and People’s Stories Project (PSP) – part of the British Council’s arts programming across Africa. Image by Barun Chatterjee.