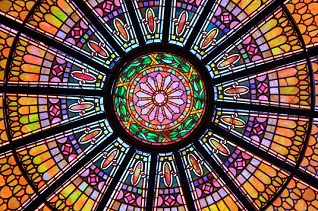 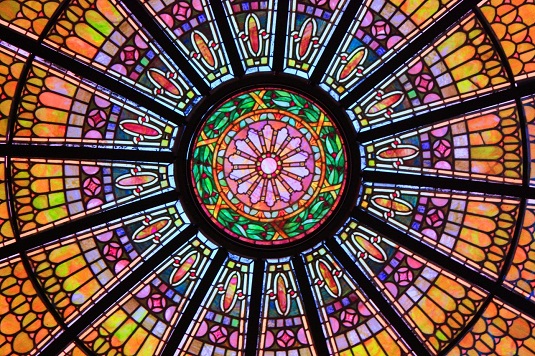 Religion and all its paraphernalia – most notably politics – have featured heavily in this week’s headlines; from Israel and Gaza fighting over ideas rooted in biblical ownership of land, since er, 1948 – to the Church of England deciding whether to allow women bishops. Though the cultural significance of the Church of England may have waned since the days of cucumber sandwiches and village cricket, its political and institutional influences still remain intact.

After all, the nation has a Head of State that represents The Church of England after being ordained by the big fella herself at her 1953 coronation. It smacks of no small amount of irony that the Queen – who is known to be female – reigns over the church as Supreme Governor and country while the idea of random lady folk with white collars becoming bishops continues to be a cause of concern.

Prime Minister David Cameron has suggested that The Church of England needs “to get with the program” and get in line with the rest of civic society and at least continue the facade of equality among the sexes. But there is reluctance for parliament to actually influence the matter and Cameron began by saying in PMQ’s; “The church has its own processes and its own elections, hard for some of us to understand but we have to respect the individual institutions and the decisions they make“. Hmmmn…

So where does that leave The Church of England in the 21st century? Well not too bad considering that it’s exempt from discrimination laws while being guaranteed seats in the House of Lords (26 currently out of 760 according to the New Statesman) and running 4700 schools in the country.

That being said, culture does matter; just as relevance matters. Without the continuous cultural cheerleaders waving the pom poms for the traditions of Christianity, The Church of England will eventually die a death with no hope of a saviour, unless Jesus sets up a verified twitter account. In the numbers game of religion and politics, marginalisation is dangerous ground as Mitt Romney found out via a shitload of data garnered after the US electoral votes came in.

Readily discounting half the population based on genitalia, mirrors a deep seated, archaic world view. The ‘stained glass ceiling’ as it’s being branded, will not look so rosy after a few more generations of decreasing numbers of church goers. With the advent of Sunday shopping back in the 90’s, Sunday is no longer reserved for Sunday bests. A poll taken by TNS BMRB for the BBC of 585 16-24 year olds, only 4% called themselves religious. There are likely more people at the local shopping centre than the local churches combined on a Sunday.

The factors that historically gave the church its power, are all in transition. As the monarchy continues its transition to celebrity dependence, it’s not unfathomable to imagine one of them will appear in the ‘jungle’ before too long. Political parties are contending with the notion of more coalition style models in the future and the general populous prefer the rewards of commercialism than of penance and servitude and that’s why Santa wins over baby Jesus every time.

Fundamentalists within The Church of England seem to have a stronger steer of its direction than the more progressive factions. Driving against the traffic – we all know how that ends up.