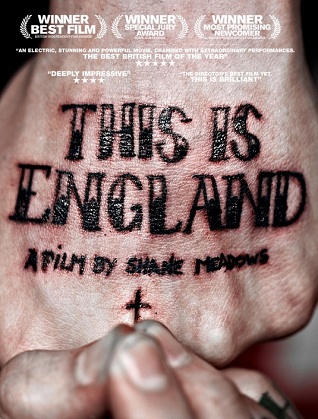 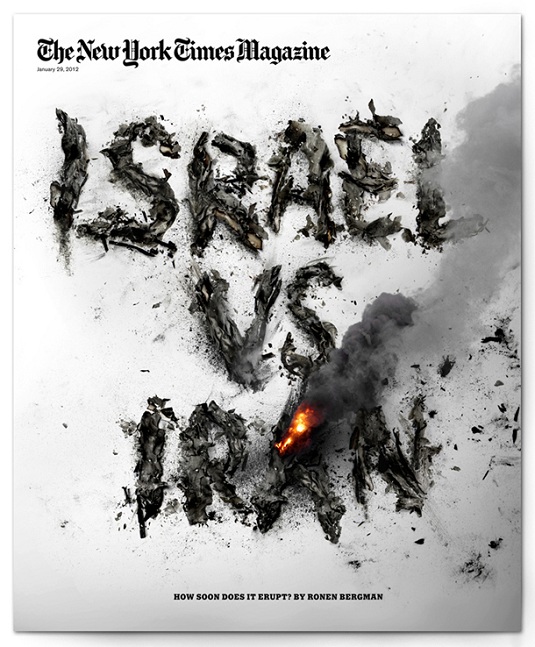 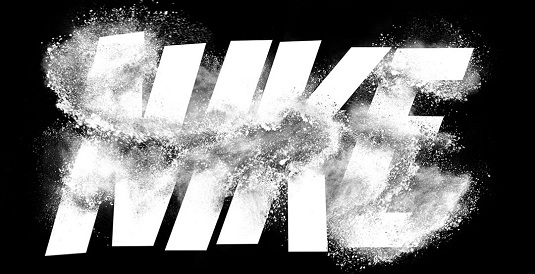 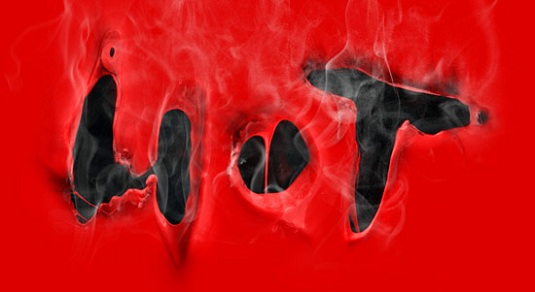 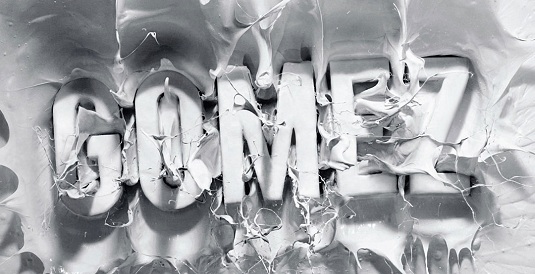 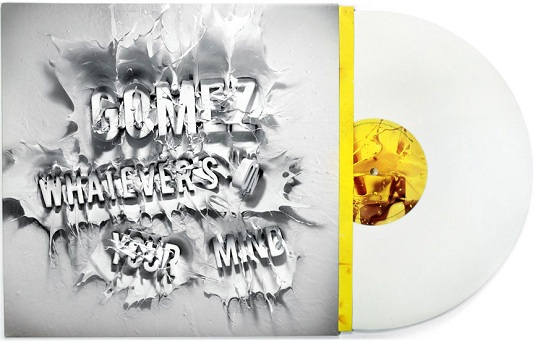 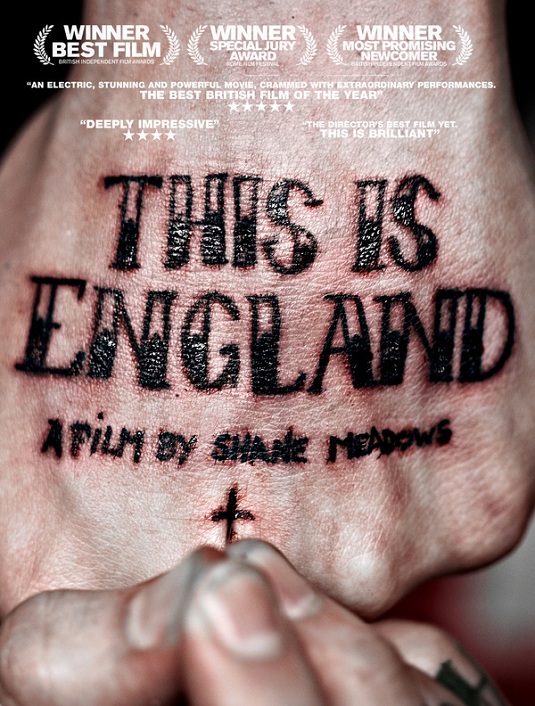 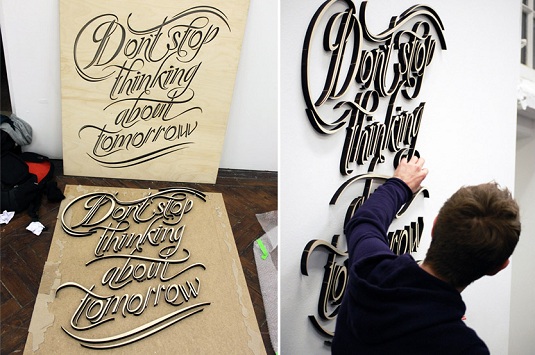 Typography surrounds us: in advertising, on screens, road signs, train timetables to your social media feed. Yet something so ubiquitous can be taken for granted and often overlooked. Ironically this idea runs counter intuitive to the level of detail that goes into crafting type.

Well typography designer Sean Freeman’s work could never suffer such as fate. His eye catching work has been  sprawled across billboards, screens and print for the likes of Channel 4, The New York Times and Nike.

Sean is known for his fluid designs and a kind of kinetic energy he brings to the humble letter form.

Working under his studio THERE IS, Sean has been steadily building up a stellar portfolio. LBB took a pew – metaphorically speaking – to find out some more on how Sean has honed his mastery of visual language.

Q) Tell us a bit about yourself…
To make a long story short: I was born in Gibraltar and as a child, travelled quite a bit due to my father being in the army. I grew up in a town near Oxford, then moved to London many years ago to study at Uni. Since then, I’ve somehow settled in sunny East London, where I’ve been living and working – a really unique, fun, inspiring and artsy place to be. I’m a really curious person in life, who often over-thinks things, which sadly and paradoxically comes across like I don’t think about anything, but I do! I’m always forgetting stuff, but I like to question things and observe.

Q) How would you describe what you do?
Having a studio means wearing many hats, and despite the fact that the type of work I do falls into various categories, the core of it is illustration. Although I touch many different types of projects, most of my portfolio is dedicated to creative lettering – a mix of type, design, illustration, installation and photography to create words that have a strong visual impact. Words are everywhere, thus the applications are multiple and we get to do all sorts of different things: ad campaigns, book and magazine covers, band posters… For the rest, it’s all about playing with objects really and getting inspired by how they resonate in terms of feelings, connotations, movements, properties… and create some kind of visual storytelling associating words, shapes and textures.

At times, it’s quite a stressful job, but it’s really one like no other and I can’t imagine myself doing anything else. I think I’d like to gradually expand the studio and the practice as the years go on, explore other avenues too, also continue to collaborate with some amazing artists, and hopefully with that vibe I’ll live happily ever after.

Q) What was your journey to realising you want to be a designer?
When I was a child, I guess like many others, I was dreaming of being a police officer because of television. I used to be a big fan at the time of a show here called “The Bill”, and the main character really made me want to be a policeman. Also both of my grandparents were artists and I used to paint a lot with them. So growing up, I quickly realized that the creative thrill was probably a better challenge than the one of chasing criminals…

I always was really attracted by advertising, so studying design was quite a natural choice for me, although what triggered my passion for illustration, then for typography was somehow a coincidence. I studied Graphic Design at college, then went onto University in a place called High Wycombe – not the most beautiful area in the world, but a good course nonetheless. I studied a BA (hons) in Graphic Design & Advertising specialising in Graphic Design and leant my work more towards illustration… much to the dislike of the tutors, who were much more interested in ‘classical’ illustration or pure design. At Uni, we had a few illustrators come in and talk to us, and one of the things I remember them saying is that they have no idea how much money they’ll make every month. This blew my mind, I thought, “How on earth can you live without knowing how much you earn?!”. So, naturally assumed that it’s a job that’s not for me. Then afterwards, at the time I was working as a designer in agency, I used to spend evenings at home playing with objects, and experiment with different treatments that I could use to create lettering or images. One thing leading to another, that personal passion evolved from occasional side projects, into a full time adventure. First, a freelance career, and lots of really inspiring collaborations, which turned two years ago into a specialised studio: THERE IS. So, here I am, and I wouldn’t change it for the world!

Q) Your work feels like it brings typography literally to life, with a great sense of fluidity and movement. What influences your approach to typography? And what are your influences generally?
I’m sure most artists cite, but music was a big inspiration. I really love lyrics, and like the way they cleverly use them to tell a story, which I think marries well with my love for words, and the power they have. There also have been some significant people in my life who helped me down the path I am now; family, friends and colleagues… Inspirationally, as I think I’ll mention more than once, I’m very keen on the work of Si Scott, Stefan Sagmeister, Alex Trochut, Mario Hugo… all the usual suspects really!

Q) What’s your process for producing work? And what’s the ratio between producing on the computer to physically creating pieces?
As I said, most of the work comes from a mix of curiosity, challenge, experimentation and happy accidents. I love to play with different materials, as they always bring something new to discover and that makes my work evolve. Also, with the kind of the work I do, it’s sometimes impossible to use the actual material the job requires, so it’s necessary to be able to think about what could be used that has the same effect, and the only way to do that is to keep looking at everything and anything. My computer is like a giant scrapbook of all sorts of things that I photograph for both commercial and creative purposes. As every project requires different methods, there’s no standard in the work process – which is thrilling and brings a good balance in the work between working with physical objects, people, and the computer.

So for the sake of this exercise, I’d say something like ¼ conceptualisation, ¼ physical production and ½ computer magic; while the process itself would relate more to puzzle making than smooth a linear affair.

Q) Do you set yourself personal challenges when creating work to keep yourself continuously engaged?
I believe setting personal challenges is the base of creativity – both artistically and technically, also on a personal level, because it makes you look at things differently. Although I don’t dislike a touch of routine in life, I have to admit I don’t enjoy working repeatedly on the same things for a very long time… Things also go at such a fast pace in the design field in general, I really feel a visceral need to create new pieces and play with new treatments. I’m very passionate about the work, so whenever there’s a chance for novelty, to work on personal projects, or create something new, I jump on it. That said, my personal creative to-do list is quite extensive and constantly growing… I only wish there was more than 24 hours in a day! For example, moving image is something I experienced a bit recently and that I’m really keen to pursue in the future. I have a bit of a master plan for the next year or so, and I think if all that goes accordingly it’s something I can start looking into a bit more then, so do stay tune!

Q) What’s has been the most pivotal books you’ve read and why?
Although I’m somehow a “man of words” some could say because of my practice, I’m not a big reader. I mean I enjoy reading the news everyday, articles, learning things and all… but I’m not so much into books per se. I guess, when it comes to fiction, I’m more into the visual side of things, thus I’m rather a big fan of cinema and documentaries. Although there are a million of brilliant films that I love, my all-time classic would be “Butch Cassidy and the Sundance Kid”. My inner child still vibrates of excitement when I watch it.

Q) What’s your favourite word? Ok you can have a few…
Pickle. Yep, I like the word “pickle” a lot… For the rest, I don’t think of any word specifically… I’d say I’m more myself into word play and fun idiomatic expressions, also listening to music lyrics as I mentioned before.