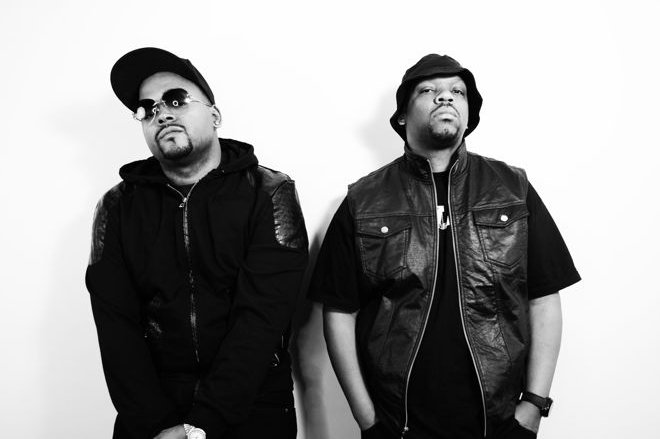 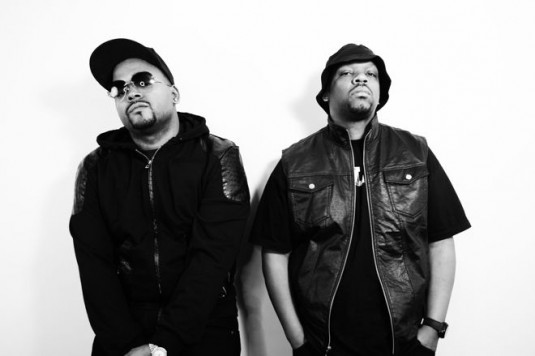 Ahead of their London show at the Jazz Café, we caught up with T3 and Young RJ of Detroit hip hop pioneers, Slum Village.

With past members including Elzhi, Baatin, Illa J, and the late great J Dilla, we picked their brains about being at the forefront of hip hop for 20+ years and the state of play with regards to modern storytelling.

Q) Welcome to London and the Jazz Café! What’s different about playing this venue?
It’s always dope: always an intimate crowd, a die-hard crowd. Our fans know all the words to B-sides, A-sides, C-sides! All them records you forgot about. They always say like, ‘oh you didn’t do this song’, no matter how many songs we do.

Q) What are the key ingredients when creating a group that’s cross-generational, in a climate of immediacy and youth?
The thing is this, if you make genuine music, meaning that you don’t always go with the times, you can create a lane and always do ‘you’. You don’t just jump on the bandwagon; that’s why you’ve got the greats like Jay-Z, who’s able to last so long cause when he did it, he did it.

Q)The Slum Village line-up has changed since its inception, what with the loss of Baatin and Dilla. Yet the strength of the brand endures. What would you attribute to this longevity?
Most of the people you see – like RJ, he’s been around since he was like five, so he’s always been there. When Illa J was around he was always there. Everyone who’s been a part of Slum Village has always been a part of it, in its essence. Everyone’s from Detroit, they know the music, they grew up on that music. Then you got me, and I been around since day one and I always make sure it’s good.

Q) What are your thoughts on hip hop’s ‘mainstream’ transition away from away from cadence and storytelling?
You still got a few storytellers, like Kendrick. I like a little of this and that; sometimes old school artists talk about the ‘golden era’ and I don’t want music to be about the golden era, I just want it to progress and be more diverse. So the only thing I don’t like is lack of diversity. There’s a lot of MCs I like all across the board.

Q) Storytelling has been central to the Slum Village brand. Have you at any point deemed it necessary to ‘re-educate’ your audience?
I think like this: you got your artists that tell stories and then you got artists that don’t. Some of those artists don’t never need to tell no story, but, in general, I think that new artists do need to do some homework. Don’t be mad at doing some homework, cause you might find something that inspires you to do something new for the new millennium.

I think if [more] younger artists respected their elders, they would learn more and they would know why we’re still able to tour 15 years later. If you see somebody surviving the game for like 20 years, you should want to get their opinion so you don’t have to go through all the pitfalls of what all the younger artists do, which is just create music for the time. They should be trying to create timeless music.

Q) What’s your creative approach like?
It’s the same way it’s always been since Dilla and Baatin were in the group: it’s the beat. Sometimes it’s the sample; sometimes it’s the beat. It goes back and forth like that. I can tell you the basic way: you might chop up some drums, you might make a pattern – that’s the old school way when Dilla used to play around, like DJ over the top of breaks. But then sometimes you’re just looking for the right sample. Sometimes it’s better to find the music you wanna use if you’re a sampler, you know what I’m saying?

Q) So what does the future look like? Are you still hungry to make more music?
Oh yeah I’m ready to work, let’s work! We got plenty of music dropping next year: we got Volume Zero coming out, which is like all the demos that got Slum up to Volume One, in between Volume One and Volume Two.

We’re working on Dirty Slums 3 for next year and me and T are working on solo albums. T3’s solo album is called Trace and is techno and hip hop, and mine’s called Black Royalty – there’s going to be a lot of features on that. Ya’ll gonna get an overload of music next year.

Q) How do you guys want to be remembered in the music game?
I guess as some Detroit pioneers. Also for creating an original sound that kind of went through the whole game universally. Sometimes people pick it apart and say ok, J-Dilla, but Slum Village also cause you can’t have one without the other.

For people just to see the whole spectrum of things that we brought to the game. My goal is to have it happen before I leave this earth, because they always wanna praise you when you’re in the ground but I want my medals now; once I’m in the ground I don’t even care!