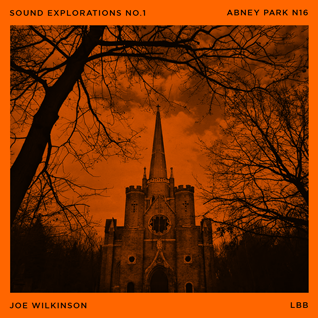 Over the last few weeks I have begun to explore the value, or the relevance, of critically listening to the environments that define us as a generation.

Both visually and sonically, our brains are highly adept at filtering out information that isn’t important based on previous experience. If you let your eyes focus on an object, can you be sure of what is going on in your peripheral vision, using sight only? You could be sure to make a very educated guess based on what you’ve seen previously, and your other senses. But absolute certainty? No. The same concept applies to sound – we filter out the many noises that surround us for the cause of the salient alone.

And this is of course a wonderful thing. It helps with concentration and focus. For us city dwellers, it is because of this that we manage to get anything done whatsoever.

When it comes to sound though, the filtration system is doubly profound. Whereas with sight, often the ‘previous experience’ will be just a few seconds prior, with sound often the associations rely on deep-seated memories.

It is on these grounds that I will collect the various sounds of London in 2015, and try to make sense of the sonic language. Perhaps sound holds information that is otherwise passing us by. Or perhaps not. I don’t know about you, but my eyes are tired.

Here is a recording taken from Abney Park in Stoke Newington. Please be sure to listen critically & with headphones.

There seem to be two distinct voices in this recording, and both have their say in equal measure.

The natural, represented chiefly by the birds, and the artificial, with the airplane vanguard at the helm, and its loyal subjects (the siren, the road traffic) close behind.

The artificial camp, when it has its say, dominates proceedings. The plane that arrives at 0.51 crescendos to a deafening climax, and the birds, bar a small, brave contingent, don’t attempt to challenge.

After this initial statement of intent though, the natural camp moves into focus, gaining in confidence with delicate articulations here and there. However, its ascendancy is short lived, and this call and response dialogue between the two voices continues in this way for much of the recording.

There is a moment of tranquility though at 3.35 through 3.45, where it seems as if a consensus, if brief, is reached, with the distant siren and moans seemingly reaching equilibrium with the birds. Nevertheless, plane number three’s passage that follows is far from smooth, with the birds unified retort at 4.51, before plane four begins to come into focus much quicker than any of the previous planes. This results in a cacophony of bird sound at 5.10; the unscrupulous change to the agreed itinerary causing panic and confusion…