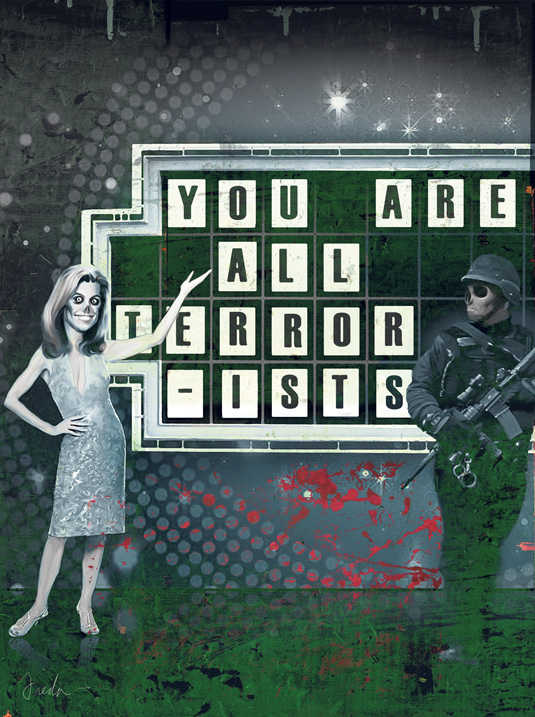 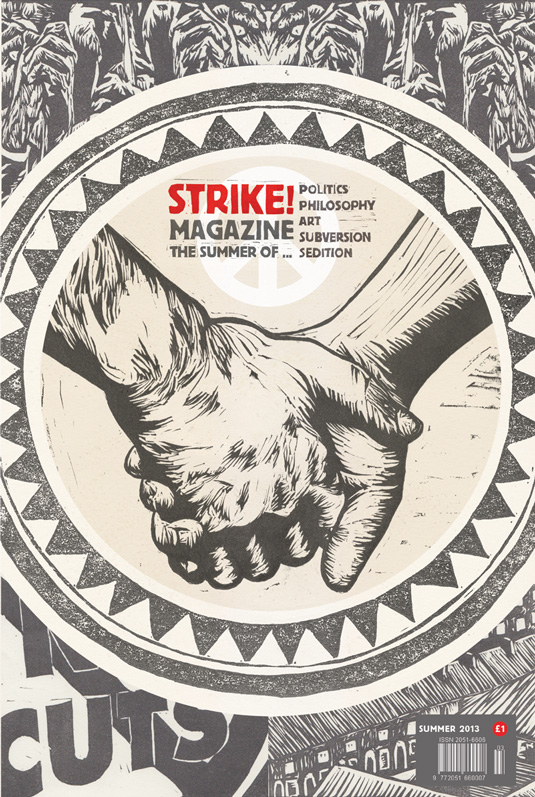 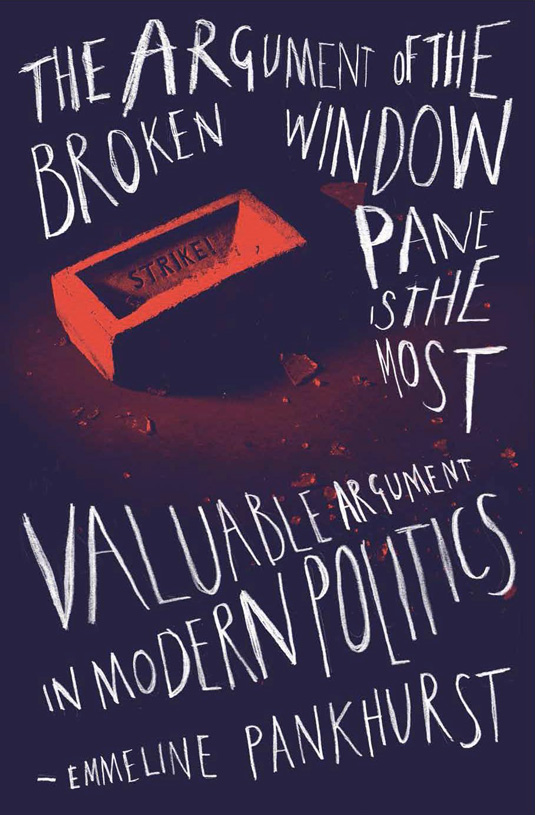 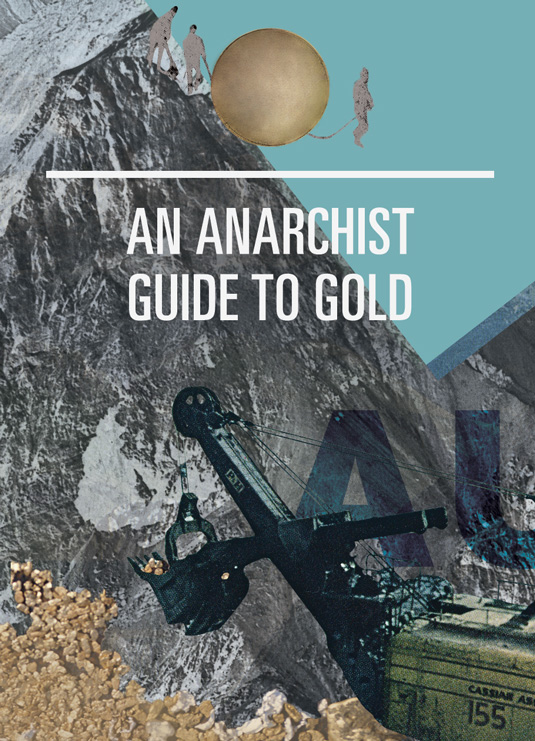 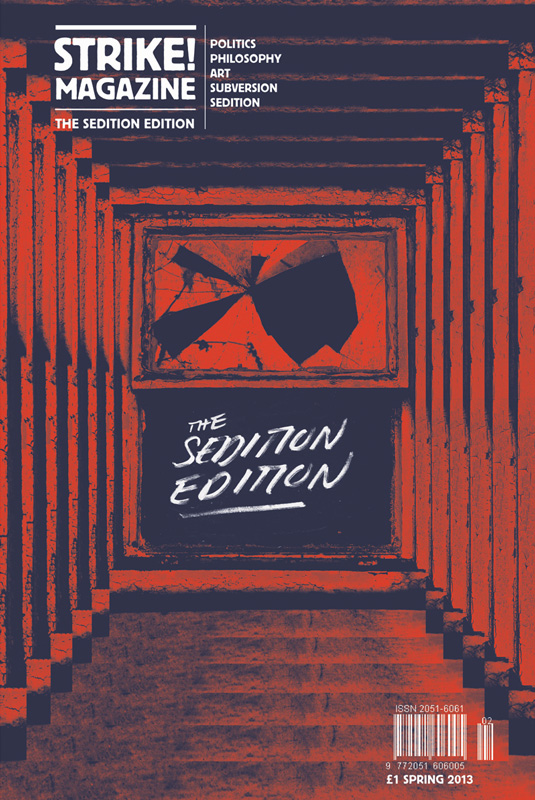 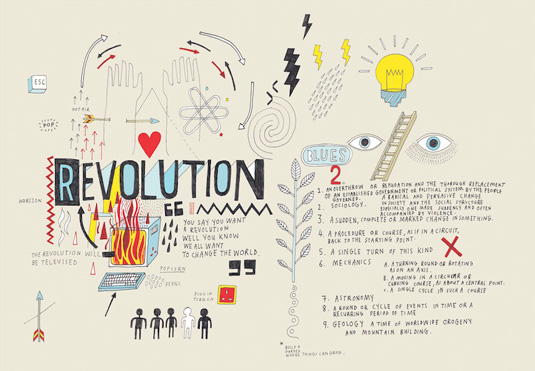 In these dog eat dog times, it no longer suffices to do ‘something’. Instead, the challenge is to do the right things. This is not a matter of blind virtue or pie in the sky ideology, but of process, clear purpose and a willingness to make mistakes.

We talk to STRIKE! Magazine: a publication that represents not only the embodiment of process and purpose, but also the premise that opposition means nothing without a position. But enough from us, let’s get on with the interview.

Tell us a bit about STRIKE!
STRIKE! is a radical, quarterly newspaper – we deal in politics, philosophy, art, subversion and sedition. Each issue is painstakingly put together – it’s a high quality rag, by anyone’s standards. And we’re an independent publication, which means we will never sell any content or advertising, and will always be strictly not-for-profit. It’s a quid, that’s it.

How and why did you start the publication?
We started STRIKE! because we felt we had to do something. We weren’t sure what exactly, but even our name is about action – lashing out or striking a match to light a fire. We felt badly let down by the mainstream media when from Tahir to Tottenham the whole world was erupting, but all we got was the same-old same-old on the tell lie vision. Contemporary radical press doesn’t really exist, so we looked to the radical papers of the 60s and 70s for inspiration – particularly the International Times, but also things like Spare Rib and Oz.

Someone sent us an email that we’ve sort of adopted as our raison d’etre: “Love the mag – it hardens the chin for the fight.” Someone else sent us a message saying it made their brain fizz, and that’s sort of become a motivation too.

Each issue is concept driven and a collaborative effort between writers, designers and artists. What’s your process / criteria for deciding topical issues and pulling the vision together?
Each issue we choose a theme, gather together a group of high-grade artists and authors, and let them get creative with it. It’s a magazine, it’s a journal, it’s a carnival.

We’ve previously described STRIKE! as a wooden post into which any one can throw their knives to see what sticks; we’re only inviting throwers with the sharpest knives and the keenest eye into the throwing ring in the first place, though.

What challenges have you faced to create STRIKE!
More or less the same problem as the vast majority of people: having no money and no connections. The first issue was pretty much funded by a redundancy cheque and sofa money, the second issue we crowd-funded (thank you!), and summer 2013 was the first issue we funded through sales. We’ve been fully sustainable a while now though, so look out world.

Getting the contributions we’ve wanted was one thing we’ve been pleasantly surprised by – so many great people have  been so generous with their time and enthusiasm. We think – we hope – people value the fact that we’re not-for-proft and true of heart at the same time as having very high production values. That said, staying true to our anti-profit principle is sometimes tough in a world dominated by capital, competition and Facebook featured content.

There is a general mythology that young people – particularly from the west – are apathetic to politics. Do you agree / disagree with this assertion?
That mythology is perpetuated by the powerful, because it’s useful for them to pretend like we’re all a bunch of feckless idiots who couldn’t care less anyway. In reality, the whole of society is constantly chatting away about its situation; even in the most banal bits of gossip about love or life, we are all constantly engaged in thoughts and conversations around how best to shape human relations.

That’s all politics is. It’s just that a bunch of mainly straight, rich, white guys have a stranglehold on power, so most people don’t recognise politics as have anything to do with their reality. What happens when 1% of people hold the power? It doesn’t look like Eastenders, it looks like what the 1% want it to look like.

With ever decreasing low voter turnout, why do you feel that people on the whole feel disengaged from the political process?
Because, unfortunately, Russell Brand was right: voting is largely pointless. Nobody should feel forced to vote for a party they hate (and anybody that doesn’t at least have some fairly serious disdain for the parliamentary Labour Party should have a word), merely because a party they hate more might win.

There are 382 safe seats in the UK, where our sacred-votes-that-people-died-for mean absolutely nothing. First past the post means rich, powerful men (usually men, and usually white) will always win; so, yes, we should withdraw our support for it. If people want change they need to engage with politics more frequently and more passionately than once every 5 years with an x in a box. Spoil your ballots and take to the streets, we say – be creative.

What do you think are the most pertinent political/social challenges for society at present?
When Occupy happened, we heard the question ‘what are your demands?’ a lot – but it was only ever asked rhetorically. And we’re all chock-full of demands, most of which could be implemented overnight. One instant change we’d make is to pay everyone a living wage (or maybe a basic income). Anything less is immoral – even Boris Johnson acknowledges that, and he’s despicable.

Then we’d take all the money out of politics. If the amount anyone was able to spend on an election campaign was capped, the people with the best ideas rather than the most money would win. And that would be better for everyone.

In STRIKE!’s perfect world there would be no police force, but until we get there the current cadre of goons is in urgent need of reform. There have been over a thousand deaths in police custody since 1969 and not a single conviction. Unsurprising since the Independent Police Complaints Commission is mainly staffed by former cops and has almost no useful powers – we’re literally paying them to do nothing. We’d change that.

With the mediated demonisation of Unions and the average age of many Union memberships being approximately 57 years old, what’s the future for such organisations? And why do you think the idea of the Union no longer resonates –as it once did – with the masses and particularly the younger generation?
We don’t really feel qualified to comment on the state of the unions because, perhaps ironically, and although we believe strongly in working class solidarity, none of us have ever worked in an industry that was unionised. And that’s probably part of the problem, isn’t it? After being sold individualism and flexibility as lofty ideals, everyone works in call centres now.

David Graeber wrote an article on the subject of work for our summer issue, entitled On The Phenomenon of Bullshit Jobs. It featured this incredible ‘Exploited Ape’ illustration by John Riordan and when we put it online it cause quite a storm – to date it’s been read by over half a million people and translated into at least fifteen languages. Work and exploitation are clearly subjects that are still very important to almost everyone, all around the world – it’s just that unions no longer seem able to connect their struggles in the same way they used to. But struggles are being connected in other ways, so there’s hope.

The revolution has come and you are in [governmental] position of influence to shape the future. What would be your department/ remit and why?
In our revolution, a small cabal of egotists like us would never be able to shape the future. That’s what happens now. We basically want more equality, and that will necessarily mean a sharing of power. We can collectively come together to determine the outcomes of even the most banal decisions (X-Factor), we’ve sent a man to the moon, but we can’t figure out a way of finding out whether everyone wants to spend their hard-earned on going to war or not? Seems unlikely, doesn’t it?

People should also get rid of this idea of ‘a vision of the future’ – it’s a red herring that is almost exclusively used to pour scorn on new systems or ways of being. It’s not fair to say: well, you can’t tell us exactly how this system of increased co-operation will work, so that means it never can. Nobody ever questions: where will capitalism be in 5 years time? What’s the plan, capital? At its probably accidental inception, did anyone have any idea that capitalism would end up presiding over rampant and lethal inequality, possibly even planetary destruction? If capitalism had a plan, whoever came up with it would have had to have been evil or insane.

Or just very selfish, and we think that’s the major part of the problem. But humans are only as innately selfish as they are altruistic – it’s where we place the emphasis that’s important. So, if the revolution must be compromised and we have any sort of influence, we’d be the Department of Co-operation, with a remit to increase sharing.

What’s next for STRIKE!
We’ve got a retrospective show coming up at Flaxon Ptootch in January (private view 9th), which will be a chance to take stock and admire all the pretty pictures we’ve put onto paper over the course of our first four issues – this time on walls. We’ll be framing lots of the fine contributions we’ve had from the likes of Ralph Steadman, Peter Kennard, Stanley Donwood, David Shillinglaw and Anthony Freda.

The next newspaper will be out in February, and that will be the feminist issue, which we’re very excited about. After that we’re hoping to make the step up and come out bimonthly. In the meantime, we’ll just keep lashing out and see what connects.