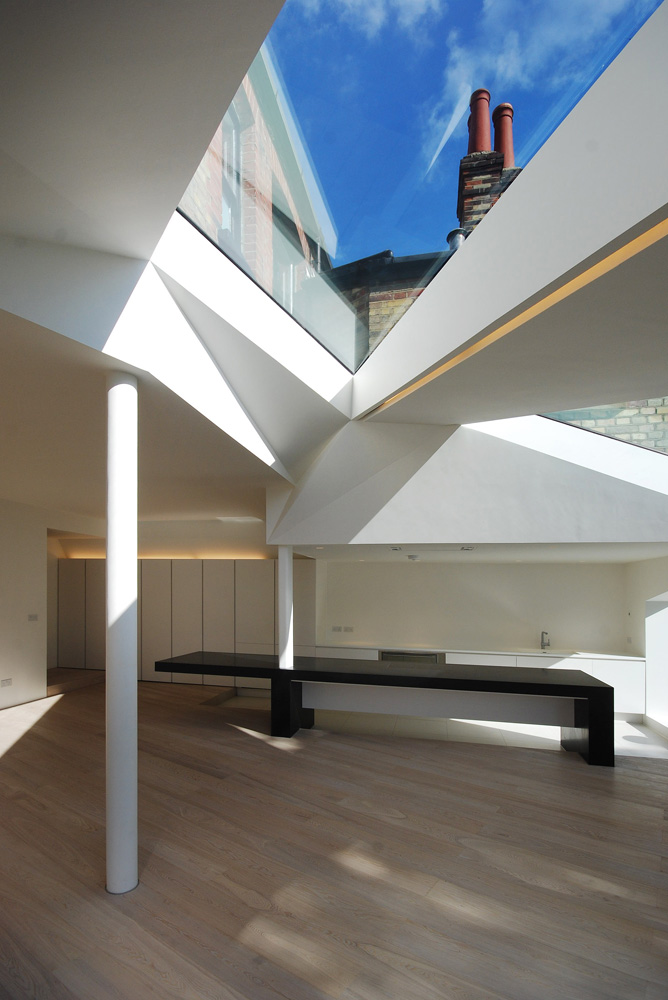 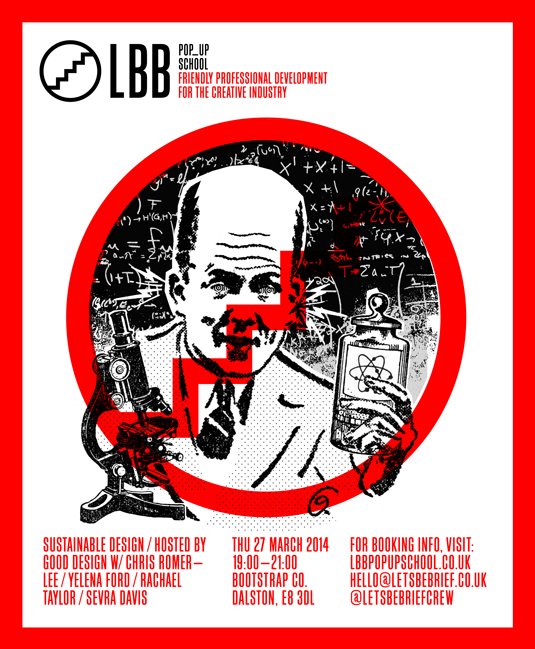 The concept of ‘sustainability’ has made it to the mainstream. However, sustainability as an ideology and practice is still at a crossroads, with naysayers who disparage any notion of climate change and human responsibility.

In light of recent weather events in the UK and around the world, how can designers participate in creating a new narrative in design an intuitive, fad-free sustainable future?

Join the debate with our panel discussion. Hosted by Good Design blogger Joseph Maduma, questions on the night will touch on behaviour change, new sustainable design initiatives and how sustainability works across disciplines.

Joseph Maduma is a design journalist for Good Design and a creative at ad agency Creative Orchestra, founded by Chris Arnold (formally CD at Saatchi & Saatchi and author of Ethical Marketing and the New Consumer). Joseph has worked for a range of big brands and ethical clients including Total Greek Yoghurt, AOL, Sainsbury’s, Starbucks, Diageo, WWF, Freedom Foods, Forum For the Future and HuffingtonPost UK.

Inspired by Ken Garland’s First things First Manifesto as an MA Graphic Arts and Design student in Leeds, Joseph has always had a passion to use his skills for social good. He founded the Good Design blog in 2011 that exists to champion design and creativity which is created both sustainably and has a positive social impact. Good Design is one of the fastest growing blogs in its field and has covered events such as Sustainable Brands, Typo London, The Observer Ethical Awards and the D&AD White Pencil Awards.

As a lead strategist at Wolff Olins, Yelena has also worked with a broad spectrum of international clients developing brand strategy and innovating business models for the likes of Skype, Expedia, Fortnum & Mason, and the Brazilian telecommunications company, Oi.

Yelena is also co-founder of the Honey Club (www.thehoneyclub.org), a social enterprise that aims to create the biggest bee-friendly network in the world starting with the local community in Kings Cross, London. The enterprise is a joint venture between brand and innovation agency, Wolff Olins, and youth charity, Global Generation.

A graduate of The London School of Economics, Yelena studied a Masters in International Politics at The School of Oriental and African Studies with a focus on China.

Chris was born in London in 1972 and has lived there ever since. He studied architecture at the University of Plymouth and the Bartlett School of Architecture, London. In 2003 Chris founded Studio Octopi with James Lowe. The practice has won numerous awards for its work on private houses, advertising agencies and cultural buildings. In 2013 the practice launched its proposals for re-introducing swimming in the River Thames, the Thames Baths Project.
Chris taught at Kent University for two years, and has been a guest critic at Sheffield, Bath and London Metropolitan Universities.

Rachael Taylor: A Fashion Lecturer at Southampton Solent University who believes in creating an accessible and interactive approach towards teaching and learning; so as to provide a space that encourages the potential in each student. She has recently started the MA Fashion Futures at London College of Fashion and uses design towards creating a more sustainable world for planet and people.

Her research areas explore Future Fashion, Technology and Sustainability, initiating new ways of thinking and doing towards solutions. She has written numerous research papers including Social Learning for CLTAD, University of the Arts, London 2011. As well as presenting the paper Smart Choices: Co-Evolving towards a Paradigm Shift at Parsons Colloquium in New York 2013. Prior to this Rachael had her own fashion company and received sales and press worldwide including shows in Europe, Japan and USA.

Sevra Davis is the Manager of the RSA Student Design Awards. A dedicated champion of design for social good, Sevra worked as an architect and urban designer before joining the RSA. During her time at the helm, Sevra has led the development of the competition to include workshops, mentoring opportunities, and an annual ‘roadshow’ introducing the briefs to universities in the UK and internationally. She has consulted on design education and social innovation for international government clients, and advised on the expansion of the RSA Student Awards in the United States and in Malaysia.