Why the NHS needs the EU lifeline 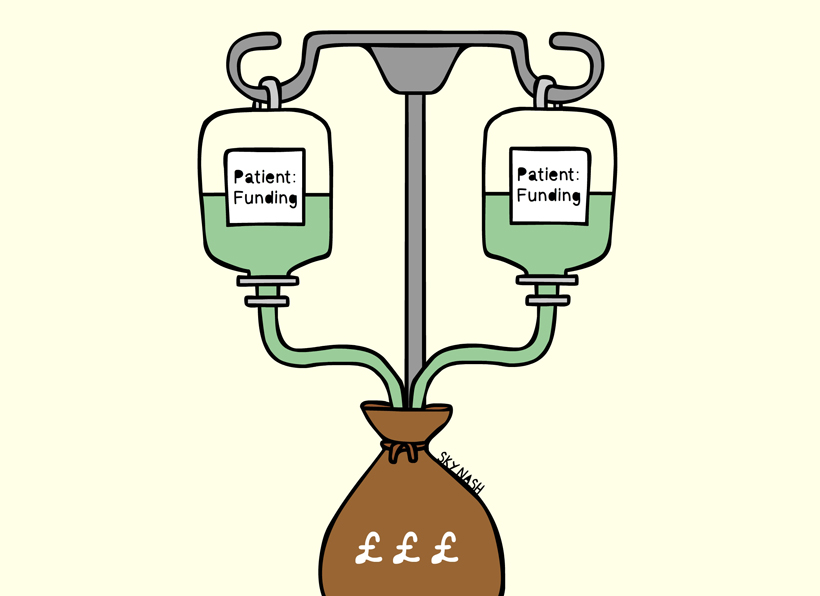 Fourth cousin once removed from the Queen; 5th cousin once removed from fascist leader Oswald Mosely: there is an argument to suggest that the Head of State, founder of the British Union of Fascists and Conservative of State for Health involve very similar character traits—namely a scant regard for the people whom they preside over. But the truth is that Jeremy Richard Streynsham Hunt, or Secretary of State for Health Jeremy Hunt to you, has closer cultural proximity to the British throne than an NHS bed.

The slow death of the NHS

During a pre-election speech at the Conservative party conference, PM David Cameron pledged that ‘not a penny’ of the NHS budget would be cut until 2020 if his party was elected, complete with the headline-ready pledge to ‘ring-fence NHS spending’.

Promises, as they say, are made to be broken — unless of course, you’re the PM, George Osborne, or Hunt. In which case, said promises are invariably never intended.

Last July, Head of the Local Government Association, Gary Porter, labelled the government’s plans to increase the health service budget in real terms, as “bizarre”. As a statement in of itself, ‘bizarre’ doesn’t quite cut it. Hospital admissions went up by 47% in 2015, with weekend mortality rates increasing by 10%. Yet despite such headwinds, a third of babies born this year will see their 100th birthday.

Analysis by researchers at The Health Foundation, an independent charity, suggests that the NHS in England is currently halfway through the most austere decade in its history. Promises to ring fence core NHS services in November 2015 gave way to the chancellor redefining and subsequently reducing the scope of services provided by NHS England. In other words, by drastically narrowing the bandwidth of that pledge, George Osborne has been, to an extent, able to keep his pledge. See. paragraph 1.

Junior doctors training, health visiting, sexual health and vaccinations, whilst being among important areas subjected to cuts, but are outside the narrower NHS budget the Government has pledged to protect.

“The Spending Review has substantially redefined and shrunk the scope of NHS services to be protected from reductions in spending. This means big reductions in wider health services, which is a false economy. As a result the wider health budget faces a real terms reduction of over 20 per cent between 2015/16 and 2020/21.”

The NHS and the EU Referendum

One of the Leave’s campaign notable early pledges is to redirect the 350 million contributed weekly to the EU, toward the NHS instead. This amount has since been debunked by the In campaign, bringing it down to 248 million minus the EU spending within the UK, which would bring the figure down further. This suggestion has also raised the eyebrows of Simon Stevens – chief executive of the NHS, who has gone on record to suggest that leaving the EU and the subsequent – however temporary – economic fallout will greatly impact the NHS.

The potential ramifications of the EU vote extend well beyond the initial direct economic / cultural implications. One of the most pertinent issues includes the effect of the forthcoming Transatlantic Trade and Investment Partnership (TTIP): a series of trade negotiations being carried out mostly in secret between the EU and US.

As a bi-lateral trade agreement, TTIP is predicated on the reduction of regulatory barriers to trade for business, food safety law, environmental legislation and banking regulations. TTIP will change our lives forever. The affects of TTIP in the hands of a Conservative government who are eager to outsource every component of the National Health Service, means that our lives will be affected.

Business man and founder of the Leave.EU campaign group, Mr Banks, was in Washington recently, speaking to policy experts at the Cato Institute — ‘a US think-tank that promotes American public policy based on individual liberty, limited government, free markets and peaceful international relations’. Neoliberalism is not new to the British political psyche — but that appreciation is due an upgrade. Fast.

In comments reported by Bloomberg News, Banks was quoted as saying that, “If it were up to me, I’d privatise the NHS.” And while a spokesman for the official Vote Leave campaign was quick to disassociate themselves from Aaron Banks’ comments, it’s worth reminding ourselves of the fact that, Hunt, Gove and other prominent Leave proponents have history on the subject. As co-authors of the book Direct Democracy: An Agenda For A New Model Party published in 2005 — a book that referred to the NHS as “no longer relevant in the 21st century,” 9 per cent of the UK GDP represents a pool of money fit for corporate tender.

When comparing fact over rhetoric, it is our hope that the tomorrow, ‘taking control’ means more than taking leave our senses at the ballot box. It is true that neoliberalism has become an immutable component of perpetual growth economics since Thatcher came into office in 1979. But what is clear, is that in the hands of Hunt, Johnson, Gove, and the Leave camp, this EU Referendum represents an adrenaline shot for unfettered neoliberalism and the economic interests of the world’s largest corporations.

Which is why we believe it right to vote Remain. The future health of the NHS depends on it.