The Luxury of Voter Apathy :: #TURNOUTFORWHAT? 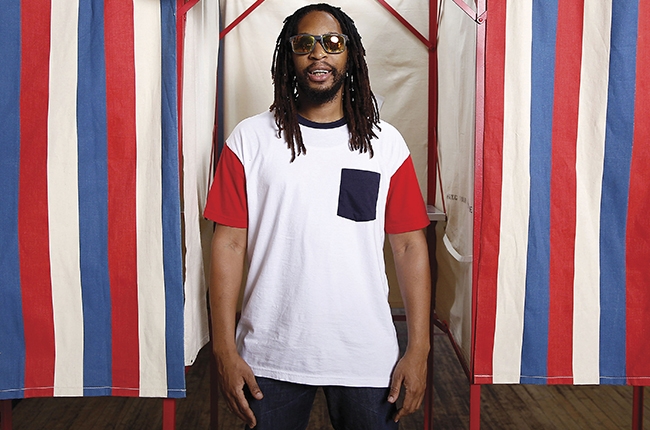 We’ve seen the cost of freedom materialize across the globe in the Arab spring, in Kiev, in Hong Kong and Ferguson. But few of us have paid it. We watch the fight for freedom play out on television screens, we share sensationalized images across social media platforms, we publicly denounce violations against human rights in the twittersphere and then we exercise our freedom to forget; our freedom to Facebook.

Young people don’t vote because it isn’t cool. Or maybe it’s because Russell Brand said not to. Or maybe it’s because of the Internet and cat memes! On the surface, it looks like millennial voters are suffering from the luxury of voter apathy. A closer look reveals that millennials have found a voice of their own in the clicktivist election. According to research from the 2014 Cone Communications Digital Activism Study, 71% of millennial respondents use social media to discuss issues they care about. And after learning of an issue online, they are more likely to support that issue in other ways.

However, there is still a large gap between intent and action. Being politically engaged on Twitter has its own value but it doesn’t translate to party politics. Signing an online petition might be a start but a revolution it does not make…yet. Clicktivism, otherwise known as slacktivism, is often denigrated as easy and ineffective; a way to make people feel engaged without actually engaging anything. Conflicting reports of the real world effects aside, online activism has achieved something democracy in the west has failed to: make the people feel heard.

That’s why Virgin Records exec Jeff Ayeroff founded Rock the Vote in 1990. Rock the vote is a non-profit organization in the United States with the mission to engage the youth vote. This year’s ad gave the popular club anthem Turn Down for What a patriotic spin featuring Lil Jon, Lena Dunham, Devendra Banhard, Fred Armisen, Whoopi Goldberg among other likeable but irrelevant celebrity characters. The Turn Out for What ad offered up a menu of (albeit right leaning) voting options. Women’s reproductive rights, deforestation, and marijuana legalization were presented as the specials backed by alternative celebs in an attempt to relate to the clictivist generation — as if to say, this isn’t your mom and pop’s election.

It’s a change in strategy for the non-profit, which usually relies on tired exclamations of “it’s cool to vote” — a young man’s “ask not what your country can do for you but what you can do for your country”. The new approach attempts to personalise politics, switching the emotional driver from country to self, appropriate for the selfie generation. The strategy is not just superficial; it aims to arm young people who are often denounced for their idealism with something powerful — reason.

While the PSA was educational (I had no idea Lil Jon was pro marijuana legalization), fun and unintentionally ironic it ultimately missed the plot.  Western millennials are on track to being the most educated generation in history; they are politically engaged and entrepreneurial. They know what causes are important to them and what’s on the ballot. The problem isn’t just millennials, it’s the entire voting system.

Young people don’t vote because democracy, as we know it, is dead. While people all over the world have been fighting for their freedom we’ve given ours away (see the T&C’s). We’ve traded in choice for the illusion of choice, voting from a platter of pre-approved corporate backed representatives. In the west, we live under a regime that spies on its populace, militarizes police forces against its citizens and plays pin the tie on the politician every 4-5 years. At the risk of sounding revolutionary, what if our votes actually mattered?

The recent Scottish referendum seems like a good indication that young people care. When given the opportunity to participate in demonstrative change young people (Surprise!) turned out to vote. A record 3.6 million voted in the Scottish independence referendum, 100,000 of which were 16-17 year olds. Unfortunately the numbers still didn’t add up. Maybe it’s because voting isn’t enough.

The new generation of activism uses social media to connect and organize but relates more to the 1965 civil rights demonstrations in the South than clictivism. In a conversation with NPR Brittany Ferrell, the co-founder of Millennial Activists United, explains why, as a 25-year-old single mum, she dropped out of nursing school to dedicate herself to the movement in Ferguson.  “Before I’m a nurse, I’m a black woman. Before I was a mother, I was a black woman. You know, I have to do this for my child and my unborn children. I have to do this for my little brother. It’s bigger than us. We have to take care of community.” Marching in the streets of Ferguson, they chant “Assata taught me” and “Who are we? Mike Brown!”

Demonstrating alongside Millennial Activists United Tef Poe, an activist for Hands Up United declared “Don’t come to Ferguson if you aren’t ready to die”. It’s clear real life activism and political engagement requires more than 140 characters or even a ballot box. To effect real change social media must be used as a tool to start conversations, spread awareness, organise protests and citizen report from the ground.

It’s time for democracy to evolve into a system young people can believe in again, a system in which a person’s vote is worth more than a corporation’s dollar, a system that is run by the people instead of one private school’s alumni, a system that respects its roots but isn’t afraid to embrace its future. No one is going to do this for us. Police are shooting our children in the street without trial or judgment. We can’t afford the luxury to be disengaged anymore.

Today, we have the opportunity to shape the ballot, not just react to it. We have the power to shut off the television and participate in the movement. Change is happening in Missouri, in New York, in California, in Texas, in 37 states across America. Change is happening in London. Voting has evolved from the ballot box. Everyday is an election that you can choose to be a part of and you decide what is on the ballot. Stop watching the news, be the news. Dedicate your whole self to your future and put your ideas into action. Put your life on the line, because it already is whether you’re at home or marching in the streets.

We can be the change if we so choose but it will not be given. We must take it. What will you turn out for?

One response to “The Luxury of Voter Apathy :: #TURNOUTFORWHAT?”