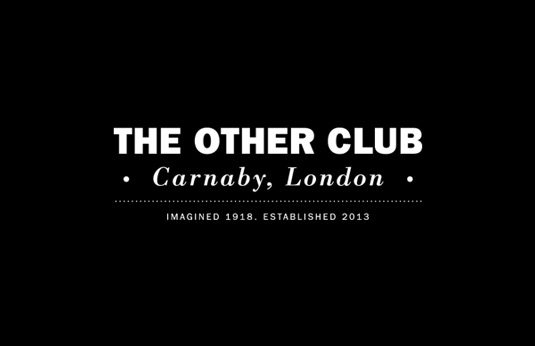 There are people who do and there are people who do big things. Joy Lo Dico (The Evening Standard) and Katie Glass (The Sunday Times) are of the latter. Bored of having dinner with each other, they figured they must not be the only ones looking for a night of good debate, good wine and some inspiration. Fast-forward and we have The Other Club, their joint venture and the world’s first Women’s Club, taking Carnaby Street by storm. Shit, I wonder what will happen next time they get bored.

Q) What’s The Other Club all about?
We think of it as a place where London’s most brilliant and talented women from all professions can come and show off (and we’ll be there, too). It’s a workspace during the day, in the evening we’re hosting events, suppers and a bar — it’s not compulsory to chat about work.

Q) What sparked the idea for The Other Club?
It started as a supper club for female journalists. Then we wanted to grow into something bigger that spanned to include women in all professions.

Q) I’ve often heard that everyone has a great idea in them, how did you turn your great idea into a reality? Was it as difficult as you imagined?

We just did it. The hardest thing was finding a space; once we had that we started booking events in, telling people, trying to drum interest up. We started by sitting around together worrying no one would come. Now we’re worried we can’t fit everyone in who wants to! I don’t think we realised how difficult it would be, but in a way that meant we weren’t afraid to try.

Q) The Other Club is the first women’s club in London, surprising since it’s been over a century since the birth of feminism. Were you aware of how radical the idea would be, or perhaps how antiquated society still is?
As journalists we’ve both been into various members clubs in London so we were aware of the scene and the male-dominated history of it. A woman’s club itself almost seems old fashioned, so it is surprising that at the same time it’s a radical idea.

Q) You both are journalists by trade, were you hyper aware of how women are represented in the media? Did this influence your decision to start The Other Club?
Not at all. Although, we do have an interesting talk on the subject. Actress Patsy Kensit, LSE feminist and Honey Money author Catherine Hakim, Catherine McKinnell MP, and Laura Bates – founder of the Everyday Sexism Project – come together to debate the question ‘Is the pressure on women to look a certain way affecting their ability to contribute to public life?’ The panel debate’s chaired by Carla Buzasi editor-in-chief of HuffPost UK.

Q) Feminism has become the other ‘F’ word in today’s culture with many celebrities and public figures denouncing the word. Do you think feminism still has a place in modern society? Were you nervous about being perceived as having a feminist agenda?
We deliberately haven’t styled ourselves as feminist because we see that as one of just a broader range of interests’ women have. So we don’t need to headline ourselves like that as it’s just one of things our members are interested in.

Q) What did you set out to achieve and how does your line up of speakers and events reflect that?
We wanted to give professional women a platform. And we wanted to be inclusive. So we have speakers who range from physicists and classicists to topless feminist protestors.

Q) The Other Club has been a major success; did you expect so many women to identify with what you were doing?
I don’t think we realised how popular it would be.

Q) I recently went to the Playboy Bunnies vs. Feminists lecture y’all hosted. I was taken a back with how much passion was in the room. Are all of your events like that? Would you say passion is the driving force behind The Other Club?
Actually, yes. That’s the thing that’s really blown us away: The passion women bring to the club. I don’t know if passion is a driving force behind the club so much as openness and curiosity, about each other’s lives. We’ve created an open platform for all sorts of women. We’re open to hearing all sorts of ideas – and our members are too. Also we’re a celebration of just how incredible and diverse the work women are doing is.

Q) What’s the most interesting or challenging thing you’ve learnt since launching The Other Club?
Never charge more than £5 for a glass of wine. If it’s really nice. People generally still won’t care.

Q) What advice would you give to all the people out there with big ideas who just don’t know where to start?
Start, and you’ll know how to go on.