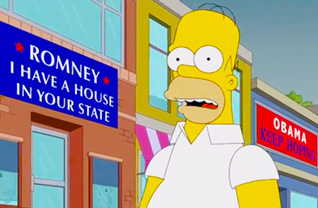 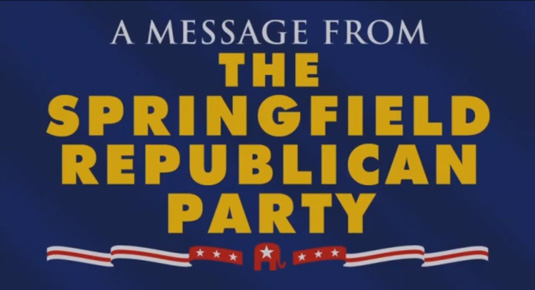 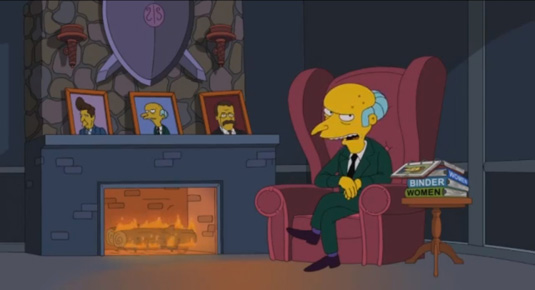 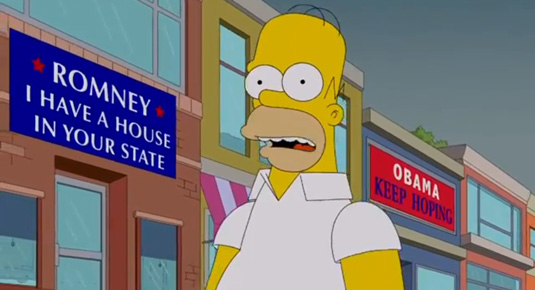 As long as there’s human foibles, politics, religion and irony in the world The Simpsons will surely never run short of material to endlessly satire.

From binders of women to secret video recording gaffes, the 2012 US Presidential elections have been too much of a good opportunity to pass by. None of which have gone un-noted by Matt Groening and Co – particularly when they have a new season to advertise.

Strangely enough this week’s Mitt Romney endorsement by Mr Burns also coincides with Rupert Murdoch’s twitter rant to New Jersey’s Republican Governor Chris Christie. ‘Come out and back Mitt or else” says Murdoch. As I said, wherever there is irony.

Homer’s trip to the polling station is 1 minute and 30 seconds of pure comedy gold. Long live The Simpsons.