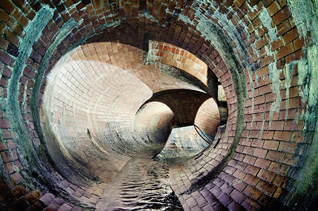 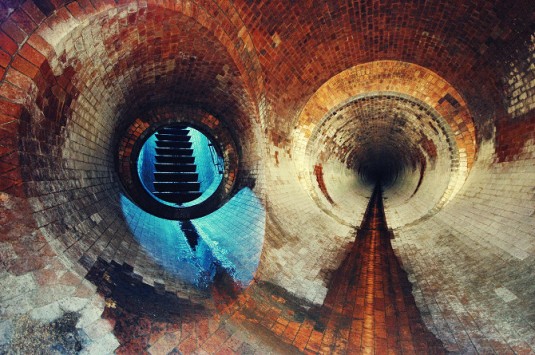 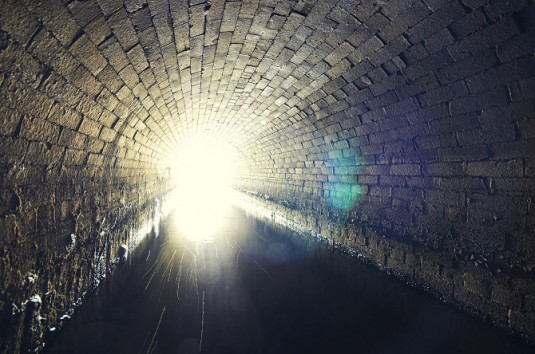 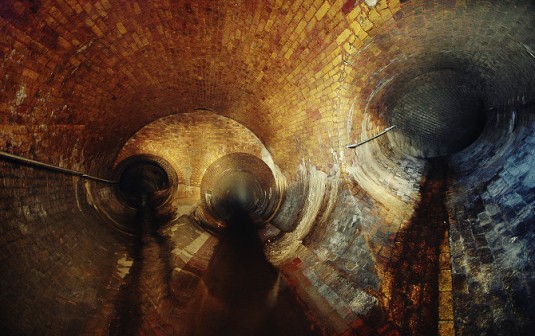 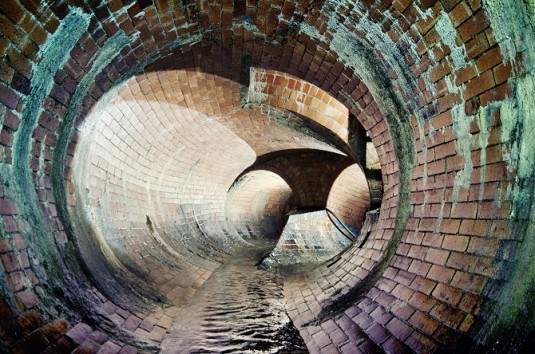 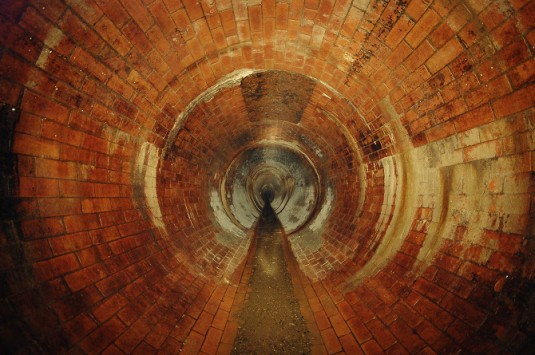 The term bone is applicable, for as of this month, the likes of SSE plc (formerly Scottish and Southern Energy plc)  raised its energy prices by 8.2%. With energy price rises of nigh on 10%, the much lauded ‘toughness’ of Ofwat amounts to an oasis in a very large desert where household purse strings are concerned.

This 8 per cent plus inflation rise – or £29 before you reach for the pocket calculator – was to cover spiralling costs of London’s new “super sewer” and a rise in the number of customers failing to pay their bills. The current sewage system dates back to the mid-1800s. It includes emergency overflows into the Rivers Thames and Lee to avoid flooding streets and homes with sewage during particularly heavy rainfall.

The Below series bears a closer resemblance abstract art than welly-laden poo-swishing exploration. How many sewers photographer Tom Weatherill had to walk through to capture is one thing. What Tom would have inhaled is quite another.

We hold our noses in salute.